What Is A Soulful Person 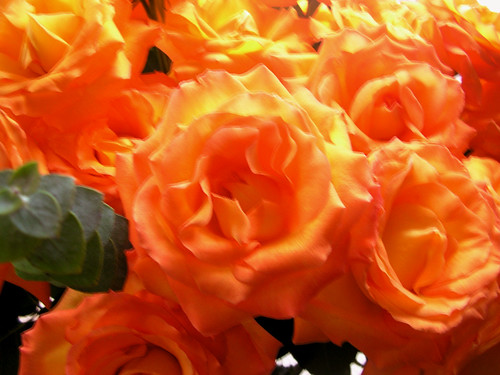 If there is a soul, what is that really? The term “soul” is usually monopolized by religions and implies an existence after death. In psychology, we use the word “Self”, that what we identify with as a whole. But are they different from each other, or do they mean one and the same?

The psychotherapeutic school of thought Internal Family Systems therapy is shining a new light on this question. The theory surmises that we all consist of a number of parts, as in “a part of me wants this” and “a part of me wants that”. Some of these parts carry a lot of feeling, and others are very detached and intellectual. Some see the world for what is is, and others want it to be different.

Very often, several of these parts are in conflict. That is what gets us into trouble. One part knows that it’s dangerous to eat that extra slice of pizza, but the other needs some comfort food and will try to overpower the first one. Then there’s another part that judges you for even being weak, and off we go into a merry-go-round of internal struggle.

And we go on and carry that internal tension into the world and cause more conflict with others who we then blame for whatever we can in order to get rid of the pain.

So it is important to sort out all the conflict we carry around inside to avoid misplacing it onto other people.

Many times, there are lots of parts involved in an epic internal battle for control and in an attempt to avoid pain. IFS theory, which was created by the psychologist Richard Schwartz, states as one of its goal to get all the parts to coexist in harmony with each other. If they all rally behind you, they play like an orchestra in tune with its conductor.

So there is the big question, who then conducts the cacophony of parts? It is the Self who is behind it all. The Self as it is is already calm and peaceful, deliberate and serene. It’s not the Self that gets us into trouble, but the parts that are constantly at war with each other.

Our task lies in getting in touch with that inner being that already knows what is right and good. Too often it is obscured by anxiety, sadness and doubt. The more of our parts are fighting to be in control, the harder it is to get through to that innate wisdom that we all carry within us.

Some people see this Self, which is healthy and led by equanimity, as the Soul. A presence that is timeless, reliably calm and detached from the daily drama that pulls us in many directions. A person who can be in touch with the Self throughout most days is what we call a soulful person: a personality of inherent beauty and serenity. Everybody has it. The only a task is to find it.

What Is A Soulful Person

APA Reference
Schoen, G. (2015). What Is A Soulful Person. Psych Central. Retrieved on January 21, 2020, from https://blogs.psychcentral.com/gentle-self/2015/03/what-is-a-soulful-person/
Last updated: 4 Mar 2015
Statement of review: Psych Central does not review the content that appears in our blog network (blogs.psychcentral.com) prior to publication. All opinions expressed herein are exclusively those of the author alone, and do not reflect the views of the editorial staff or management of Psych Central. Published on PsychCentral.com. All rights reserved.