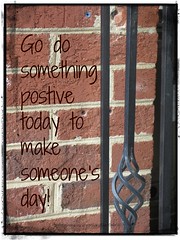 It’s hard (as in: takes real effort to remain “positive”) in this life when you feel let down! You know, let down by yourself! Let down by your own stupidity (or naivety) of putting your trust (measure of trust not complete trust)…in a voice (when you know better)! A voice like a tweeting, twittering bird that wakes you from a deep sleep…a voice like a breath of “fresh” air…(a teacher’s voice) blowing somehow just for you or so, you think!

Then upon investigation, you realize the “fresh” air could possibly be “stagnant” air circulating around?…not new but old, stale air pumped for somebody else…that just happens to be blowing in your direction of air space currently. I choose to breathe deeply…of… “pure” air! Bring on the pure air…please! before i choke!:(… i cannot breathe in poison (polluted air) and expect to live.

What is Your name? 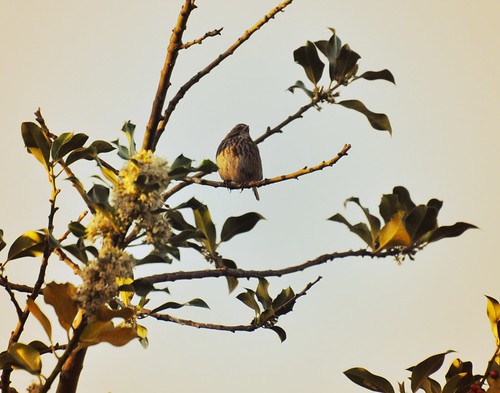 Love waking up to birds singing. (I don’t believe that will change.) Some voices (sounds/birds) strike a chord. A beautiful chord of compassion that touches your heart and draws you to the music…does it really matter?? Matter if the tweeting was intended for me/you or not. A “prerecorded” song is still a song and still beautiful. Why would/should this upset me?! (stupid girl! yours truly) don’t jump to conclusions; don’t make assumptions…pause, wait, refrain…and don’t call yourself stupid, joanie -lol:)

Forgive me?!…please! (See that’s what i get when choosing to care…a little pain now and again; just a bruise to my ego, bruises are not life-threatening.This kind of pain is the good/necessary kind: reminds you that you’re fragile and interdependent…it warns you of danger and boundary protection/s.) Doesn’t everyone want to think a bird sings a sweet song for them? only?…(WHY do i need “this” bird’s song, anyway?)

Let the bird/s sing. Let the song/s ring…it’s a new day: HOORAY!:)… and…i give the bird the benefit of any doubt! Isn’t that what a bird does?? (duh:)..sings and chirps and tweets to whomever will/is listening?? Nobody knows who’s listening…not even smart birds (that think they know it all). i don’t know it all and i’m not saying i’m smart. What i know is always in flux…everyday learning adding to compounded knowledge.

So, how can i be upset/slighted?! (Cause i care for the bird.) i want the bird to live. i don’t want it to die. Is this bird a true friend or a true foe/both?? Will this bird continue to sing? Sometimes, it’s a burden to care…and carry…the weight of love. The weight/responsibility pain/blessing of living compassion. Yesterday, it was just another bird. Today, it’s not.

Birds sing in the morning. They sing in the evening…For whom do/did the bird/s sing? for me? NO! Who-ever will listen, right?! This “teacher” bird reiterated a lesson…i already knew. THANK YOU!🙂

(This symbolic-poetic-like writing is probably non-sense to most readers)…the above writing…is just a recording of my emotional/mental exercise/process of dealing with it!… i’m choosing to change/transform my “thinking” about the above-test (bird)…the patience test; the forgiveness test; the not-taking-yourself-too-seriously test or taking-things-so-personally test, the self-control test, the friendship test, the test of patiently gathering more info, the depth-of-my-understanding test, the compassion test…one test can have so many names/descriptions. (What’s your name? What’s your test?) Every relationship is tested and every belief! Just getting sick of pop quizzes.

i should be/AM THANKFUL for a bird singing sweetly!(Hey a bird’s gotta sing!:) Everyone needs and should hear a bird song!:) Neutral…remain neutral…easier said than done. Don’t expect from a bird what a bird cannot do!:)

*i’m up way too early for going to bed way too late…did i even dream/sleep/rest?? i’m hungry. i’m emotionally vulnerable and taking things the “wrong” way…that i do know. The days and nights all run together in time. Working/living/learning/loving/growing/feeling/knowing…is not separated time…it’s sequential.

Here’s a song to get you to move your mind and think about “your” choices…your thinking/your beliefs…transform…you have the power to reject negativity, reject conformity to the puppet master, reject violence, reject war, reject lies/fake religion and /or science/fake food being served up by fake leaders/fake know-it-alls that insult your intelligence and humanity…YOU “transform” by “choosing” and acting upon truth/wisdom and by choosing compassion/living unselfish love!! 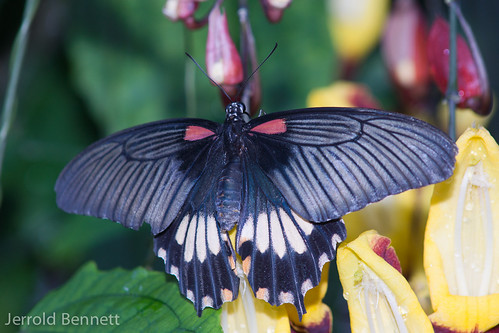 It’s an inner mental, emotional, spiritual battle of beautiful butterfly transformation!:) (not physical combat! FYI: i’m not encouraging not endorsing war or violence!!) I’m breathing pure air! What are you breathing?! Don’t you want to be smoke-free??

My choice: i’m NOT TAKING…i’m KEEPING MY INTEGRITY! even if it ticks you off!!🙂…i don’t just play “air” guitar! what about you?? Are you a player??…you know active or inactive??

Quick recap: Robert Boyle wants You to: “carefully distinguish between the things you know to be true and the things you think to be true as well as …have a SOLID foundation for your beliefs whether they be scientific or spiritual. Carl Sagan wants You to remember: “Somewhere, something INCREDIBLE is waiting to be known.”

So what do you think? What do you know?…Something Incredible?!…SHARE IT!:)

Most people enjoy movies. The book is always better, however (in my opinion). It irritates (me) how good books/reads get twisted and something significant lost in a poor (movie or other) translation. For example, if you enjoy English literature? The Bronte sisters may come to mind. “Jane Eyre”..written by a Bronte. Specifically: Charlotte. BTW: Bronte is a “Greek” name means “thunder.” i LOVE that name!

If you have ever prepared a legal or reviewed/edited legal documents or signed a legal document…you know how important/crucial a little word inclusion or omission can be. That’s why translators of books like masterpieces:  what some consider holy or ancient and/or modern works of art…should be careful/conscientious!! (good personal advice for me to better edit my posts, huh?)

People base their beliefs/lives on words…sometimes. The words have to be accurate. People can make a very poor or a dangerous decision based on inaccuracy. Beliefs/religion/science…holds a power over some…for example, when you think of  a religious work/masterpiece of writing that has influenced many…1 book that could come to mind is the Bible and 1 familiar verse to some…often misused (by Trinitarians):  John 1:1 to promote their belief. Knowing some Greek (Kione) could come in handy.  (i have studied/been interested in some Greek words through the years, but i don’t speak–would love to)…i don’t, but Some do believe/view the Trinity as the Central doctrine of the Christian religion.

“It is not a biblical doctrine in the sense that any formulation of it can be found in the Bible.” ~The Illustrated Bible Dictionary.

If you have been paying attention to this post: THANKS!…did you notice anything highlighted??…

In the King James Version, that verse reads: “In the beginning was the Word, and the Word was with God [Greek, ton the·on′], and the Word was God [the·os′].” This verse contains two forms of the Greek noun the·os′ (god). The first is preceded by ton (the), a form of the Greek definite article, and in this case the word the·on′ refers to Almighty God. In the second instance, however, the·os′ has no definite article. Was the article mistakenly left out?…good question…

The Gospel of John was written in Koine, or common Greek, which has specific rules regarding the use of the definite article. Bible scholar A. T. Robertson recognizes that if both subject and predicate have articles, “both are definite, treated as identical, one and the same, and interchangeable.” Robertson considers as an example Matthew 13:38, which reads: “The field [Greek, ho a·gros′] is the world [Greek, ho ko′smos].” The grammar enables us to understand that the world is also the field.
What, though, if the subject has a definite article but the predicate does not, as in John 1:1? Citing that verse as an example, scholar James Allen Hewett emphasizes: “In such a construction the subject and predicate are not the same, equal, identical, or anything of the sort.”
To illustrate, Hewett uses 1 John 1:5, which says: “God is light.” In Greek, “God” is ho the·os′ and therefore has a definite article. But phos for “light” is not preceded by any article. Hewett points out: “One can always . . . say of God He is characterized by light; one cannot always say of light that it is God.” Similar examples are found at John 4:24, “God is a Spirit,” and at 1 John 4:16, “God is love.” In both of these verses, the subjects have definite articles but the predicates, “Spirit” and “love,” do not. So the subjects and predicates are not interchangeable. ~article: Is Jesus God?…interesting question..

You may find this interesting:

Many Greek scholars and Bible translators acknowledge that John 1:1 highlights, not the identity, but a quality of “the Word.” Says Bible translator William Barclay: “Because [the apostle John] has no definite article in front of theos it becomes a description . . . John is not here identifying the Word with God. To put it very simply, he does not say that Jesus was God.” Scholar Jason David BeDuhn likewise says: “In Greek, if you leave off the article from theos in a sentence like the one in John 1:1c, then your readers will assume you mean ‘a god.’ . . . Its absence makes theos quite different than the definite ho theos, as different as ‘a god’ is from ‘God’ in English.” BeDuhn adds: “In John 1:1, the Word is not the one-and-only God, but is a god, or divine being.” Or to put it in the words of Joseph Henry Thayer, a scholar who worked on the American Standard Version: “The Logos [or, Word] was divine, not the divine Being himself.” ~Is Jesus God?

Curious how one little letter…“a”…can bring such clarity, eh?!:) Throughout man’s history–certain patterns emerge…1 pattern i’ve noticed: science and spirituality have played a major role in man’s choices through the centuries. What role do they play in your choices as Partner or Caregiver, Friend?! What patterns are emerging in your own history? Even a little word/knowledge can tweak/transform your life for the better.

PLEASE take the time to gather information and research “a” belief you hold because promulgated lies have ruined lives! Don’t let any lie ruin yours…Have a NICE Day…Hope you’ll be….A-OKAY?! 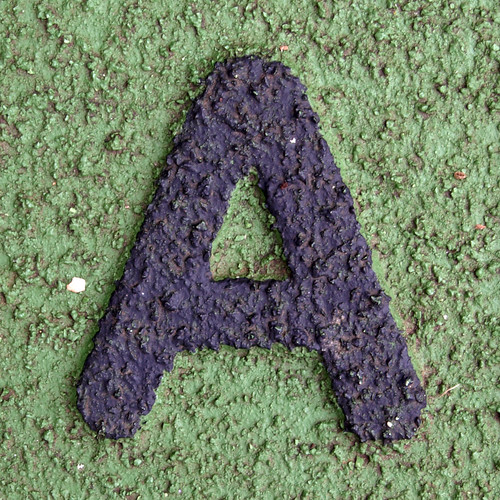 APA Reference
Winifred, J. (2013). Tweeting Bird: Say What?. Psych Central. Retrieved on June 5, 2020, from https://blogs.psychcentral.com/wellness/2013/02/tweeting-bird-say-what/
Last updated: 5 Feb 2013
Statement of review: Psych Central does not review the content that appears in our blog network (blogs.psychcentral.com) prior to publication. All opinions expressed herein are exclusively those of the author alone, and do not reflect the views of the editorial staff or management of Psych Central. Published on PsychCentral.com. All rights reserved.

Scapegoating as Family Betrayal: The Trauma of Broken Trust