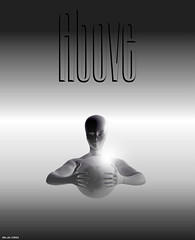 I like this guy. “This guy?” Yeah, this “historical” guy. Heard of him? Robert Boyle.

I encourage You to learn about him by researching/reading for yourself. However, this post will summarize what i’ve read (thus far) about him.

(And i’ll probably throw in the kitchen sink i.e. other stuff that connects/complements🙂 the topic:  Scientific & Spiritual Understanding of Life Interdependency). Probably will take me more than 1 post.

Boyle’s positive, hard working example and approach to learning/life is beneficial for Caregivers and Others!:) THANKS for reading on…

First of all, when you’re named “Robert”…you spark my attention. “Robert” is the name of my 1 and only (trilingual) (younger) bro i love and miss very much!! (He lives in Haiti, yep…moved from the States to Haiti with his wife approx. 12 years ago to compassionately help…has seen/(done) a lot there and was on hand for the horrific quake and after math; among other difficult events through the decade.) Actually, if You knew me or my family well (and our upbringing)…it’s not a surprising/extraordinary choice…our compassion education started rather young…with countless hours of volunteer work…nothing special on our part…we’re human, we’re fragile…it’s our obligation to reach out/be there and educate/demonstrate love to other Breathing-Fragile-Life! Science & Spirituality help one accomplish that goal!

THANKFUL to my Parents and Others for this early & life-long compassion/humility training (education)…which has helped my approach to challenges in my care-giving as parent, friend, neighbor, human, ordinary girl and partner to a Hubby living with Bipolar. O.k., sorry, too much about me…this post/blog/life is NOT about me…(i’m sure You’ve done Your share of volunteering!…Keep it UP!:)

Back to: not Bob, not Rob, but Robert “Boyle”:)…the “father of Chemistry” and intellectual figure of the 17th Century …”he strove to demonstrate ways in which science and religion were mutually supportive.” ~Encyclopedia Brittanica

Here are some snippets of stuff about Him. My intent is to paint a picture that gives You an accurate glimpse of this intriguing figure from the past:

Boyle’s scientific work is characterized by its reliance on experiment and observation and its reluctance to formulate generalized theories. ~Encyclopedia Brittanica

“Boyle was more interested in observing nature and drawing his conclusions from what actually happened. He was the first prominent scientist to perform controlled experiments and publish his work with details concerning procedure, apparatus and observations. He began to publish in 1659 and continued to do so for the rest of his life on subjects as diverse as philosophy, medicine and religion.”

“He defined the modern idea of an ‘element’, as well as introducing the litmus test to tell acids from bases, and introduced many other standard chemical tests.” ~BBC-History-Boyle

“Boyle used his experiments to demonstrate that mechanical explanations of the world are better than the traditional qualitative explanations associated with the ideas of Aristotle.”~Public Awareness of and Understanding of Science/Boyle

“In his book The Sceptical Chymist, Boyle attacked Aristotle’s and Paracelsus’s theories. He proposed that elements are basically composed of ‘corpuscles’ of various sorts and sizes capable of organising themselves into groups and that each group constitutes a chemical substance. He clearly distinguished between mixtures and compounds and showed that a compound can have very different properties from those of its constituents. This prefigured the atomic theory of matter. Boyle declared that the proper object of chemistry was analysis of composition and, indeed, he coined the term analysis itself. He was also the first chemist to collect a sample of gas.”

“Robert Boyle was friendly with Isaac Newton (1642-1727). Newton worked intensively on alchemical investigations, but he kept this work secret. Newton had something of a paranoid personality and was secretive about most of his activities. He tried unsuccessfully to infect Boyle with this paranoia…Boyle had an easy self confidence lacking in the self-made Newton.“~Public Awareness of and Understanding of Science/Boyle

“In 1680 he declined the offer that he serve as President of the Royal Society. (In 1660, he was one of the founders of the Royal Society, a scientific institution still in existence in London, England.) He explained his reasons were religious in that he could not swear to necessary oaths. The religious side of Boyle is one which we have not mentioned in this biography, yet it was an important force in his life. Perhaps the reason it has not been necessary to mention his strong Christian faith earlier is that to Boyle there was no conflict with religion and a mechanistic world [1]:-

… for him a God who could create a mechanical universe – who could create matter in motion, obeying certain laws out of which the universe as we know it could come into being in an orderly fashion – was far more to be admired and worshipped than a God who created a universe without scientific law. ~ Boyle Biography Article by: J J O’Connor and E F Robertson

“he recommends that scientists avoid being arrogant or dogmatic and be willing to admit mistakes. Boyle insisted that those with strong opinions should carefully distinguish
between the things they knew to be true and the things they thought to be true.”

“Boyle took the same approach when it came to spiritual matters. What he discovered about the universe and the marvelous construction of living creatures convinced him that there must be a Designer and Creator. So he rejected the growing spirit of atheism among the intelligentsia of his day. No one who used his power of reason honestly, Boyle concluded, could fail to believe in God.”

“Boyle was troubled to see that many were unfamiliar with Bible teachings and seemed to have no solid foundation for their religious beliefs. How can it be right, he asked, that a person’s religious beliefs be based solely on what his parents believed or on where he happened to be born? Boyle developed an intense desire to help people deepen their knowledge of the Bible. To this end, Boyle gave money to support the publishing of the Bible in many languages. These included some of the languages of native North Americans, as well as Arabic, Irish, Malay, and Turkish. Robert Boyle thus proved himself to be a gifted yet humble man with an insatiable desire to find the truth in all matters and to help others do the same.” ~Article: Portraits from the Past: Robert Boyle 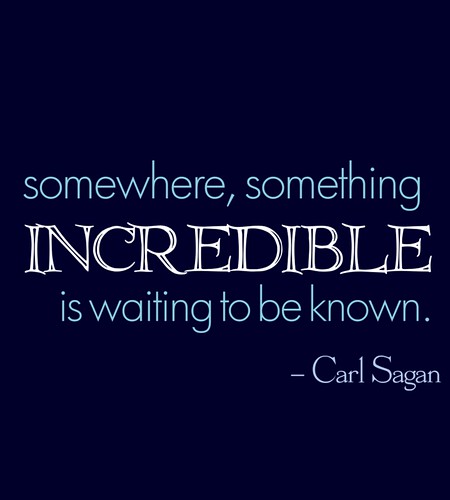 That “something” could be an ancient, dusty book…or God?!…or a “new” Friend?!

“He played a leading role in the American space program since its inception. He was a consultant and adviser to NASA since the 1950’s, briefed the Apollo astronauts before their flights to the Moon, and was an experimenter on the Mariner, Viking, Voyager, and Galileo expeditions to the planets. He helped solve the mysteries of the high temperatures of Venus (answer: massive greenhouse effect), the seasonal changes on Mars (answer: windblown dust), and the reddish haze of Titan (answer: complex organic molecules).” ~The Carl Sagan Portal…(There is just so much out there about Sagan and better written than anything i could do)…

“Sagan describes his parents’ influence on his later thinking: My parents were not scientists. They knew almost nothing about science. But in introducing me simultaneously to skepticism and to wonder, they taught me the two uneasily cohabiting modes of thought that are central to the scientific method.” ~Wikipedia Sagan

“Sagan was one of the few critics of Plato. Sagan said of Plato: “Science and mathematics were to be removed from the hands of the merchants and the artisans. This tendency found its most effective advocate in a follower of Pythagoras named Plato.” and “He (Plato) believed that ideas were far more real than the natural world. He advised the astronomers not to waste their time observing the stars and planets. It was better, he believed, just to think about them. Plato expressed hostility to observation and experiment. He taught contempt for the real world and disdain for the practical application of scientific knowledge. Plato’s followers succeeded in extinguishing the light of science and experiment that had been kindled by Democritus and the other Ionians.” ~Wikipedia Sagan

“The idea that God is an oversized white male with a flowing beard who sits in the sky and tallies the fall of every sparrow is ludicrous. But if by God one means the set of physical laws that govern the universe, then clearly there is such a God…” ~Carl Sagan…basically Sagan would not deny the existence of physical laws.

*Very Quick Analysis: i find it an interesting commonality that both Boyle criticized/rejected Aristotle & Sagan Plato! Both highly respected Physical laws. Both were hard working brains!-lol:) Boyle lived out of the lime-light and didn’t receive many accolades and refused to be President of the Royal Society. Sagan quite the different story.

Would you consider one more humble? the other more arrogant? Both humble? Was Boyle more into Science “Fact” & Sagan Science “Fiction”?! Did Sagan carefully distinguish between what he “knew” to be true and what he “thought” to be true?! That was a definite “endeavor” of Boyle evident in his writings. (These were quick questions off the top of my head.)

“If we long to believe that the stars rise and set for us, that we are the reason there is a universe, does science do us a disservice in deflating our conceits?” ~Carl Sagan

“The universe is not required to be in perfect harmony with human ambition.” ~Sagan

Both Boyle and Sagan saw a connection between Science and Spirituality!

“Science is not only compatible with spirituality; it is a profound source of spirituality.”~Sagan 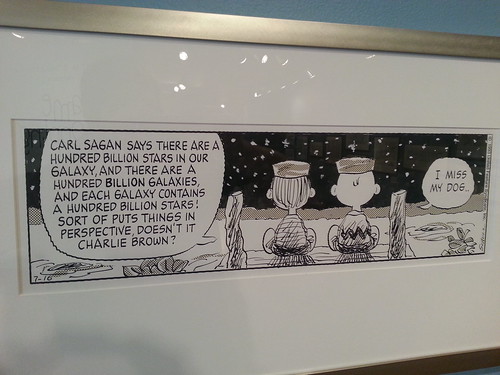 There is No! way this “quick” post can do this topic nor these Scientists justice! SORRY! i will try to explore further and round out this topic in my next post…THANKS for Your Patience.

Boyle helps one appreciate that we need a SOLID basis for our beliefs whether Scientific or Spiritual! Sagan helps us appreciate that our parents play a significant role in influencing our thinking and exposure to such things as Science (and/or spirituality). What do you think about Boyle? What do you think about Sagan? What can you learn from both? What have You learned that You can use to help somebody today?! THANKS so MUCH for helping other Breathing-Fragile-Life and for cultivating the volunteer spirit!

HAPPY Week-end…what are You exploring?! Be SAFE! and warm:)

APA Reference
Winifred, J. (2013). Boyle, Sagan: Scientific & Spiritual “Understanding” of Life Interdependency: Part 1. Psych Central. Retrieved on May 31, 2020, from https://blogs.psychcentral.com/wellness/2013/02/boyle-sagan-scientific-spiritual-understanding-of-life-interdependency-part-1/
Last updated: 2 Feb 2013
Statement of review: Psych Central does not review the content that appears in our blog network (blogs.psychcentral.com) prior to publication. All opinions expressed herein are exclusively those of the author alone, and do not reflect the views of the editorial staff or management of Psych Central. Published on PsychCentral.com. All rights reserved.