Target practice: hitting the bull’s-eye…anyone for a game of darts? or archery? sharp shooting?

Target: (not talking shopping:) as in long-range like years, centuries and beyond into the future type-target…everybody’s got talent, but got range?? got time??:)

“As a child, I received instruction both in the Bible and in the Talmud. I am a Jew, but I am enthralled by the luminous figure of the Nazarene.”—Albert Einstein, German-born scientist.

“For thirty five years of my life I was, in the proper acceptation of the word, nihilist, a man who believed in nothing. Five years ago my faith came to me. I believed in the doctrine of Jesus Christ and my whole life underwent a sudden transformation.”—Count Leo Tolstoy, Russian novelist and philosopher.

“A man who was completely innocent offered himself as a sacrifice for the good of others, including his enemies and became the ransom of the world. It was a perfect act.”—Mohandas K. Gandhi, political and spiritual leader of India.

“Shall we suppose the evangelic history a mere fiction? Indeed, my friend, it bears not the marks of fiction. On the contrary, the history of Socrates, which nobody presumes to doubt, is not so well attested as that of Jesus Christ.”—Jean-Jacques Rousseau, French philosopher.

“[Jesus’] life is the most influential ever lived on this planet and its effect continues to mount.”—Kenneth Scott Latourette, American historian and author.

“I know men and I tell you that Jesus Christ is no mere man. Between Him and every other person in the world there is no possible term of comparison. Alexander, Caesar, Charlemagne, and I have founded empires. But on what did we rest the creation of our genius? Upon force. Jesus Christ founded His empire upon love; and at this hour millions of men would die for Him.” — Napoleon Bonaparte

“Being noticed can be a burden. Jesus got himself crucified because he got himself noticed. So I disappear a lot.” ~Bob Dylan

“It bums me out tremendously what the church has become, and if it’s got me bummed, imagine what Jesus Christ must be feeling.” ~Whoopi Goldberg

“In the Bible it says they asked Jesus how many times you should forgive, and he said 70 times 7. Well, I want you all to know that I’m keeping a chart. ” ~Hillary Clinton

“Not only are Christians writing about Jesus, but also Communists, Jews, atheists and agnostics are taking up their pens to paint a portrait of Jesus.” ~John Clayton

“I felt unworthy to play Jesus. I just accepted the responsibility and said, ‘What actor wouldn’t want to play this role?’~Jim Caviezel

“Starbucks says they are going to start putting religious quotes on cups. The very first one will say, ‘Jesus This Cup is expensive!’ “~Conan O’Brien

As a non-participant, just wondering: Do participants of Christmas actually discuss much about Jesus? cannot help but notice much emphasis/talk/blogging on shopping, family, stress, gifts, food, santa, surviving the holidays, etc.! Let me insert a little Alanis Morissette about now: “isn’t it ironic, don’t you think?” …it’s like… 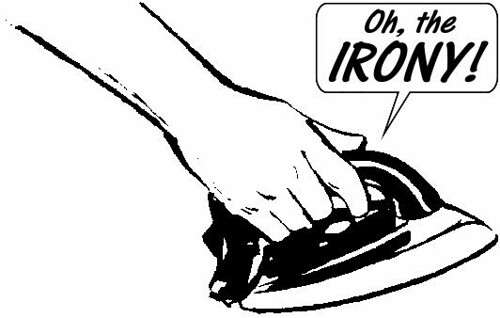 Guess, it’s okay then if i blog a little something or iron out (the subject of) the Founder of Christianity which could be of interest to those who observe and for those who don’t:

The above-quoted “famous” people, perhaps, hit their mark. Perhaps, a “self-made” target. Will any of them go the distance, the range of Jesus in the years or centuries to come?! Will their names live on?

(Noteworthy: Jesus’ influence went the distance..traveling the passage of time to reach them (a future target audience) as well as other accomplished ones who would eventually come under his influence.) Talk about impact. Talk about long range.

In the flow of time/eternity–many lives will come and go…who can harness as many moments?? Who can harness time?? (Only the divine?) Who will leave their mark/fame on time and on the minds and/or hearts of as many myriads?…Jesus had more than his 15 minutes, eh?! No twitter account– yet, he’s still the buzz, right? (this time of year/season anyway.)

Many seasons/years have come and gone, along with many talented, famous, smart people. Lives are like moments when “your” time is finite. Will their words, ideas, accomplishments, talents or genius endure the test of time or relevancy?!

When “your” time is infinite, you don’t count moments…you don’t count days…a day would be a thousand years. How do you count your time? Do you make your time count? To some, Jesus did. He’s known to many as The Greatest Man Who Ever Lived.

Time does answer some questions…wait n’ see what happens: learning patience is not an easy task for me. Are you patient? Enduring time and what time brings (or doesn’t bring) that’s a goal, that’s 1 target of mine.

Are you hitting your target? How does your perspective of time help you reach your target as Caregiver, Partner, Friend, Fellow Breathing-Fragile Life? (THANKS for patiently reading my very long-winded posts...THANKS for enduring my words!) Didn’t know i was helping you work on patience, eh? and probably forgiveness, too:)

An Outsider’s view: Summary of research/recent readings on 3 Myths & Facts about Jesus: The Man who Changed the World p. 15:

What Evidence exists outside the Bible that Jesus was a real historical figure? (good question:)

Some Believe: Jesus was born December 25.

According to Encyclopedia Britannica (and other sources), some who called themselves Christians “wished the date to coincide with pagan Roman festival marking…the winter solstice, when the days again begin to lengthen and the sun begins to climb higher in the sky.”  It also notes that many Christmas customs originated with “pagan agricultural and solar observances at midwinter.”

Some Believe: Jesus was an only child.

“Aren’t James, Joseph, Judas, and Simon his brothers? Don’t his sisters still live here in our town?” Mark 6:3, Contemporary English Version…the notion Mary remained a virgin throughout her life was asserted by Jerome about 383 C.E…he later expressed misgivings about his “theory”.

MYTH 2: Jesus was an only child. Mary’s other children were conceived naturally with her husband Joseph.

Some Believe: Jesus was God incarnate.

“The idea that God came to earth and lived as the man Jesus, which is central to the doctrine of the Trinity, has been around for a long time-but does not date back to Jesus. The Encyclopedia Britannica observes: “Neither the word Trinity nor the explicit doctrine appears in the New Testament…The doctrine developed gradually over several centuries and through many controversies.”

MYTH 3: Jesus was God incarnate. He never claimed to be God. Many considered him a good man and the “son of God.”

“Fun” Facts about Jesus: highlighting his personality: he was not cold, weak or austere. He was gregarious and warm. People were drawn to him. He was approachable and humble according to accounts:

He was a teacher with students/disciples…he taught love, peace and there is more happiness in giving than there is in receiving… “journeying from city to city and from village to village, preaching…the good news of the kingdom of God.” (Luke 8:1) which he explained is a government set up by God in heaven that would eventually on time–eliminate corruption, suffering and bring peace; restoring earth to the state of Paradise (Eden).

Will you leave a mark on time?! Time for me to end this... 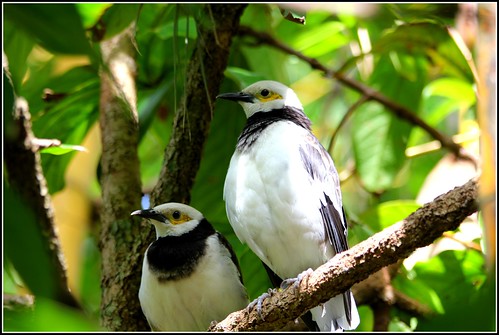 APA Reference
Winifred, J. (2012). Target Audience. Psych Central. Retrieved on June 6, 2020, from https://blogs.psychcentral.com/wellness/2012/12/target-audience/
Last updated: 25 Dec 2012
Statement of review: Psych Central does not review the content that appears in our blog network (blogs.psychcentral.com) prior to publication. All opinions expressed herein are exclusively those of the author alone, and do not reflect the views of the editorial staff or management of Psych Central. Published on PsychCentral.com. All rights reserved.