Are you in? Are you out? Inside?! Outside?! Are you an insider? or an outsider?

(Who likes being left out? excluded, an outsider, shunned?) Being an outsider is not an easy life, eh? Everybody “needs” to belong, right?

Choices. Are you “in” formed? in the know or not…out. In and out. Either you’re inside or you’re outside. Though, one could have one foot in and one foot out…(nope, not dancing the hokey pokey-lol:)

With one foot in and one foot out…what can you accomplish?! What are you accomplishing as a Partner, Caregiver, Person, Friend? Without unity of two feet heading in the same direction…how do you stand on stable ground? how do you walk? how do you progress forward? Tripping over two left feet, won’t get you very far…or limping on two different opinions?…indecisive, vacillating like an oscillating fan.

Are you an oscillating fan?? Or a ceiling fan?! Spinning around in circles?…moving air not much else; other than dust particles clouding your vision and scratching your cornea–OUCH! (yes, have had “literal” cornea issues before and almost went blind in one eye…topic for another post, perhaps?) Enough small talk…big talk next: 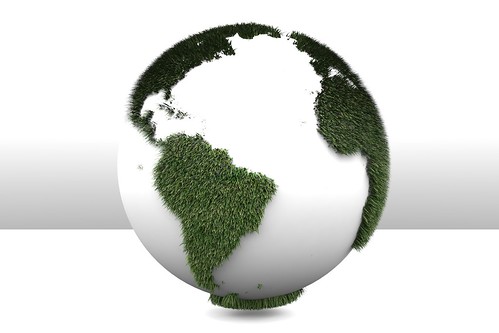 Around the world billions of people every second are making decisions big and small: informed or uninformed, blind or insightful (depending on your point of view). Do you make informed (educated) decisions? (dumb question, eh?) Everybody thinks, believes (has faith) they make well-informed decisions! We all make decisions/choices based on our “individual” education/awareness and appreciation, sight, knowledge…let’s hope it runs deep…and not shallow!

“And I proceeded to give my heart to knowing wisdom and to knowing madness, and I have come to know folly, that this too is a striving after wind. For in the abundance of wisdom there is an abundance of vexation, so that he that increases knowledge increases pain.”…so said WISE King Solomon

(Ah, what a week for me…increasing in knowledge…ouch, i’m a little sore!)

Why do what you do?

(i do respect–to some those dates mean something!) Neither of those dates mean anything (worth celebrating) to me. Should i explain?! Certainly, if i don’t want to offend those who do choose to celebrate! (Sorry if you’re offended by “my” choice.)

Does that make me an outsider? Sure, to some. I made a choice with the information/knowledge i have…to be outside. (Hey, being outside… breathing a little “fresh” non-stagnant, flowing air, can help your health!:) Does that make me uninformed? No….i don’t think so. May be, you prefer the inside….it’s your choice, i respect your choice. 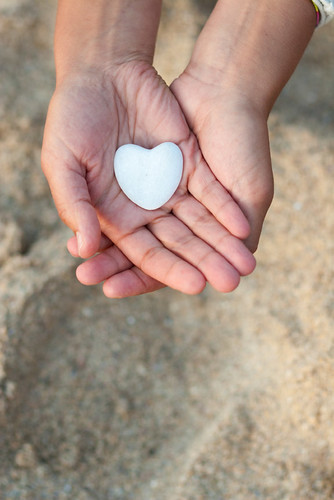 Some choose not to celebrate 12/25 or 1/7 because they are atheists, agnostics, free-thinkers, humanists, Jewish, Shinto, Hindu, etc. Some may believe in Jesus and may not believe in certain Christmas traditions. Some don’t believe in commercialism, over-consumption. Some believe in a simple existence. (Did you know Jesus was homeless?) If you research, you learn: Like Buddha, Jesus never claimed to be “God”…yet both are worshipped.

For me, i “enjoy” researching origins of things, celebrations and traditions and/or beliefs, historical figures, etc. “trying” to gather the facts or as many as possible IF possible…for example, researching before making a choice to participate in something traditional and/or modern or not. Different scenarios and activities are thrust upon many of us year-round and for me: when in doubt, sit it out!:)

i think everybody tries to make the “best” choice(s) they can with what they know at the time a choice is presented. i value on-going (what i would term “superlative” education) and will always consider myself a learner/student…on a quest for more knowledge/wisdom…knowledge that leads to the best possible outcome or the best possible way of life: an outcome that will not “ultimately” hurt myself or someone else…a compassionate outcome that leads to longevity of life, happiness, peace, wellness: physically, emotionally, mentally, spiritually…long-term benefits for everybody involved!:) By “best”…don’t mean easiest, fastest or painless for me.

“There is no biblical or historical reason to place the birth of Jesus on December 25th.” ~The book The Battle for Christmas. The book adds: “Christmas was nothing but a pagan festival covered with a Christian Veneer.”

The Encyclopedia Americana: “The reason for establishing December 25 as Christmas is somewhat obscure, but it is usually held that the day was chosen to correspond to pagan festivals that took place around the time of the winter solstice, when the days begin to lengthen, to celebrate the ‘rebirth of the sun.’…The Roman Saturnalia (a festival dedicated to Saturn, the god of agriculture, and to the renewed power of the sun), also took place at this time, and some Christmas customs are thought to be rooted in this ancient pagan celebration.”-(1977), Vol. 6 p. 666.

Anthropologists Christian Ratsch and Claudia Muller-Ebeling, coauthors of the book Pagan Christmas, write: “Like many pre-Christian customs and beliefs, the old feast commemorating the yearly return of the sun was rededicated to the birth of Christ.”

The New Catholic Encyclopedia acknowledges: “The date of Christ’s birth is not known. The Gospels indicate neither the day nor the month…According to the hypothesis suggested by H. Usener…and accepted by most scholars today, the birth of Christ was assigned the date of the winter solstice (December 25 in the Julian calendar, January 6 in the Egyptian), because on this day, as the sun began its return to northern skies, the pagan devotees of Mithra celebrated the dies natalis Solis Invicti (birthday of the invincible sun). On Dec. 25, 274 Aurelian had proclaimed the sun-god principal patron of the empire and dedicated a temple to him in the Campus Martius. Christmas originated at a time when the cult of the sun was particularly strong at Rome.-(1967), Vol. III, p. 656.

Daily Life in the Time of Jesus states: “The flocks…passed the winter under cover; and from this alone it may be seen that the traditional date for Christmas, in the winter, is unlikely to be right, since the Gospel says that the shepherds were in the fields.”-(New York, 1962), Henri Daniel-Rops, p. 228.

The Encyclopedia of Christmas and New Year’s Celebrations acknowledges: “Family tensions that simmer below the surface during the rest of the year very often boil over when the family gathers together for the holidays.”

Did you know? in the mid-17th century, an act of parliament banned Christmas celebrations in England! In the United States, the Massachusetts General Court did the same! The Puritans did not celebrate Christmas. Modern times—former Oklahoma, USA Governor, Brad Henry, December 23, 2008: “It’s easy to get caught up in the hubbub of the season. Holiday traditions become tasks to check off a list, time with family and friends can be cut short by busy schedules. The joy we should experience is sometimes obscured by the stress we do experience.”

There is absolutely no historical evidence that “early” Christians celebrated the birth of Christ. But they did memorialize his death. “The only event Jesus specifically instructed his followers to commemorate was his death, not his birth.” It wasn’t until 300 years after Jesus’ birth that Christendom officially began observing Christmas on December 25th.

“Suppose a crowd come to a gentleman’s home saying they are there to celebrate his birthday. He does not favor the celebration of birthdays. He does not like to see people overeat or get drunk or engage in damaging, non-compassionate conduct or speech. But some of them do all those things, and they bring presents for everyone there except him! On top of that, they pick the birthday of one of the man’s enemies as the date for the celebration. How would the man feel? Would you want to be a party to it?

According to Biblical and Historical accounts, Jesus was compassionate, patient, kind…a “caregiver” especially evident in his treatment of those who others considered lowly and insignificant (i.e. children, women, the sick, the blind, the poor, the hungry). May be Jesus was kind to outsiders cause he was an outsider…(non-conforming/acting “differently”– thinking differently–living differently from the majority…from the religious “leaders” and traditionalists of his day).


Hindu leader Mohandas Gandhi is quoted as saying that by following its teaching, “we shall have solved the problems…of the whole world.” Noted Anthropologist Ashley Montagu wrote that the modern findings about the psychological importance of love are only “a validation” of this sermon…referring to the Sermon on the Mount (Matthew chapters 5 to 7 and Luke 6:20-49) given by Jesus. Some think/thought including Gandhi: “the teaching of the Sermon was meant for each and every one of us.”  Professor Hans Dieter Betz: “The influences exerted by the Sermon on the Mount far transcend the borderlines of Judaism and Christianity, or even western culture…”a peculiarly universalistic appeal.”  (Have You read the Sermon on the Mount? Not just Christians have read it.) i enjoyed reading it as well as the above quotes/points from a portion of the book: “Is there a Creator who cares about you?” …interesting question, eh?

Who cares about You?! THANKS for reading my blog…hoping it keeps You informed! Don’t You like going outside…at least for a little while?!:)

APA Reference
Winifred, J. (2012). “In” formed & Un-in-formed. Psych Central. Retrieved on February 19, 2020, from https://blogs.psychcentral.com/wellness/2012/12/in-formed-un-in-formed/
Last updated: 23 Dec 2012
Statement of review: Psych Central does not review the content that appears in our blog network (blogs.psychcentral.com) prior to publication. All opinions expressed herein are exclusively those of the author alone, and do not reflect the views of the editorial staff or management of Psych Central. Published on PsychCentral.com. All rights reserved.

Are You In A Toxic Relationship?