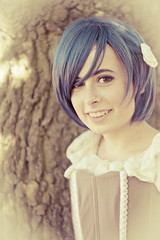 Are You a Woman, Wife, Grandmother, Mother, Aunt, Sister, Daughter? Hopefully, this post will be encouraging to you!

Or do You have a Woman, Wife, Grandmother, Mother, Aunt, Sister, Daughter? THANK YOU for treating her with the dignity she deserves!

Please Note: This post is not anti-men whatsoever. I harbor no gender prejudice against men. I “respect” men!  All humans, male and female, deserve dignity, fair treatment, respect and justice!:)

As a woman, I am naturally interested and drawn to topics concerning fellow women. Women often fulfill the role of informal or family caregiver. I am researching statistics and this is the most current I could find. (If you have latest 2012 numbers, please share, thanks!)

“More women than men are caregivers: an estimated 66% of caregivers are female. One-third (34%), takes care of two or more people, and the average age of a female caregiver is 48.“

Thus, the plight of female caregiver is of interest to me. Caregivers cope with various obstacles from stress to discrimination. It is of historical note that the plight of womankind throughout the centuries has not been an easy one! The odds against women have not been in their favor at times. Some women have been “unjustly” deprived of basic human rights and basic human freedoms. (Which perpetuates the need for care-giving.) Did you know:

Some religious cultures teach traditions that foster or even justify abuse and violence against women. Abusive and violent behavior increases the need for care-giving. Who cares for the unappreciated, under-educated, abused female care-giver?! Maybe she somehow cares for herself. Caregivers do survive and help others survive!

Can’t we all just care for one another and be just in our dealings regardless of gender, ethnicity or religio-socio-economic (did I just make up a word) background! You know what I mean, right?

Most of us would appreciate the beauty and value of a flower garden. The endless variety of colorful, delicate flowers and intoxicating, sweet fragrances. This garden is threatened by weeds. Weeds can choke and kill. You cannot merely chop off the tops of weeds to save this garden. You must yank the weeds out and expose their roots. Does your garden need weeding?! 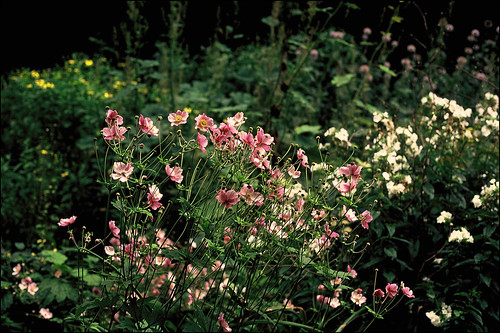 Please Take Care of Your Garden!

Women are a flower garden and weeds are discrimination…and the various forms it takes such as:  lies, propaganda, false teachings (among other insidious things) designed to suppress and oppress women. What is the root of hatred and abuse against women? What is the root of women being viewed as mere sex objects? Can we trace the origin of negativity against women? Have ancient writings and/or traditions influenced modern-day attitudes/treatment of women? Have deeply-rooted ancient traditions instilled contempt for women? How has discrimination affected women as caregivers? What happens to the quality of care when the caregiver experiences discrimination? Questions for pondering and research.

Are you a woman who has experienced discrimination in any form? My heart goes out to anyone discriminated against (male or female)! Would you be willing to share what you have learned from your experience (with being discriminated against) that could possibly “positively” aid others in a similar circumstance? If so, please let me know. Thank You. Your Courage to stay positive and move forward should be commended!

I’ve been doing some reading and research to better understand/learn about the “possible” root causes of the plague of discrimination against women through the ages. I encourage You to do your own research. Here’s a little bit of what I’ve found so far. Perhaps, you will find it enlightening.

Have you heard of or read the following–ancient, (non-biblical) verses–before?

“Sin began with a woman, and thanks to her we must all die.”~Ecclesiasticus, Second Century B.C.E.

“You are the devil’s gateway: you are the unsealer of that forbidden tree: you are the first deserter of the divine law…You destroyed so easily God’s image, man.”~Tertullian, On the Apparel of Women, Second Century C.E.

“Theologian Tertullian, whose writings were influential, taught that women should walk about “as Eve mourning and repentant.”  Such teachings, often wrongly regarded as coming from the Bible, have contributed to much discrimination against women.”

Please notice the following points from an article I read: “Discrimination Against Women in Ancient Writings“…

“From the first C.E. onward, writers such as Philo of Alexandria began to use Greek Philosophy to reinterpret the Genesis account. For Philo, Eve was guilty of sexual sin and was therefore condemned to a life that “utterly deprives her of her freedom and subjects her to the dominion of the man who is her companion.”

“Greek poet Hesiod (eighth century B.C.E.) imputed all mankind’s ills to women. In his Theogony, he spoke of “the deadly race and tribe of women who live amongst mortal men to their great trouble.”

It’s 2012 and extremists cite ancient religious texts to legitimize the mistreatment and the domination of women. It’s unacceptable to me that some women have no other choice but to suffer their enslavement in silence! Why do some turn a deaf ear to the cries of the mistreated?! Will You listen?! I know You will!:)

Notice this sad example of discrimination from an article I read concerning the “Roots of Injustice.”

“A United Nations Committee found that in one South American Country, a pregnant woman died in a hospital because she had been discriminated against in another facility on the basis of her ethnicity and socioeconomic background.”

“Taken to its extreme, prejudice has even led to gross injustices of ethnic cleansing and genocide.”

Here’s an Encouraging illustration I read that puts a positive spin on the cooperation (not competition) that should exist between men and women. “Think of the complementary roles played by a surgeon and an anesthetist during surgery. Can one manage without the other? The surgeon performs the actual operation, but is he more important?”  You can’t really say. What if we all (Male and Female) learned to better appreciate or cooperate with one another, would there be less gender discrimination?

When males i.e. Fathers/Husbands/Boyfriends bravely examine their own personal attitudes and daily treatment of the women in their life…and honestly acknowledge any room for improvement…they can effectuate change! Why not take this opportunity today to show love and dignity to the woman or women in your life? Thank You for showing all humans the dignity they deserve! You deserve dignity as well!

Can all of us Male or Female, Caregivers and Partners personally make a resolve to (pull some weeds) get rid of any negative, discriminating attitudes or prejudices we may be harboring? Why support traditions, teachings, attitudes that discriminate against women which are harmful, damaging and have negative consequences? The negative impact on the Quality of care when women/caregivers are treated badly is tough to measure. (Please, let’s not treat male caregivers badly either!) 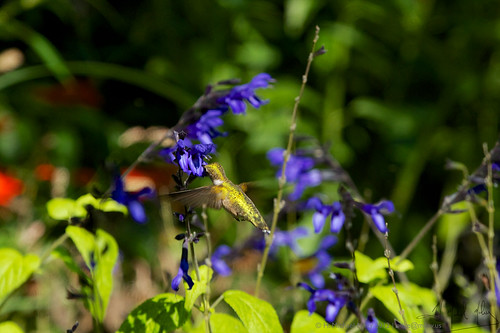 APA Reference
Winifred, J. (2012). Women deserve DIGNITY not discrimination!. Psych Central. Retrieved on July 11, 2020, from https://blogs.psychcentral.com/wellness/2012/09/women-deserve-dignity-not-discrimination/
Last updated: 10 Sep 2012
Statement of review: Psych Central does not review the content that appears in our blog network (blogs.psychcentral.com) prior to publication. All opinions expressed herein are exclusively those of the author alone, and do not reflect the views of the editorial staff or management of Psych Central. Published on PsychCentral.com. All rights reserved.