Climbing Your Mountain/Reaching Your Goal: 4 Tips! 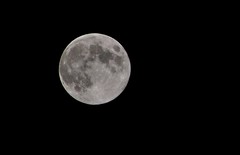 Especially when you reach a goal. A difficult one. A goal that is your personal Mt. Kilimanjaro!!

I love mountains. Majesty. Beauty. Fresh Air. Yet at this point in my life, I’m “temporarily” resigned to life in the literal flat lands of Florida. I will have to be content to mountain hike and climb vicariously/symbolically through my goals! Less exercise, or is it? depends on your goal(s)! 🙂

Growing up in the North, my family would vacation in the mountains. Do you like mountains? Do you climb mountains? I hope to reach the summit of my Everest 1 day. Summiting would be too costly for me…can’t afford that right now, anyway. One can envision. One can hope.

Life in Florida has been like my “7 years in Tibet” but longer–a transformation/growth as a person (partner, mom, caregiver, friend) outside the comforting cocoon/land of my relatives and upbringing.

Thinking of mountain climbing, etc. brings me to Heinrich Harrer and transformation as a person experiencing hardships, exposure to the Tibetan culture and friendship with the Dalai Lama. Harrer died in 2006. The Dalai Lama lives.

I found these interesting excerpts from Harrer’s Obituary published in the New York Times by Douglas Martin:

“Just months before the movie’s release, the German magazine Stern added a startling and disagreeable new dimension to Mr. Harrer’s life story; it reported that he enlisted in Hitler’s storm troopers in 1933, when they were still illegal in Austria.”

“Five years later, he enlisted in the SS, the Nazi organization responsible for countless atrocities, and rose to sergeant. He asked the SS leader, Heinrich Himmler, for permission to marry in 1938, giving proof that he and his fiancée were Aryans. He later said he wore his SS uniform only once, the day of that marriage to Charlotte Wegener. In a ceremony celebrating the Eiger triumph in 1938, Mr. Harrer shook hands with Hitler and had his picture taken with him.”

“Mr. Harrer reacted to the disclosure of a Nazi past by saying that he had committed no crimes or atrocities. He said he understood and regretted his mistakes. He explained that he joined the SS only in order to coach skiing, and never coached an SS member.”

“Orville Schell, in his 2000 book “Virtual Tibet: Searching for Shangri-La from the Himalayas to Hollywood,” commented: “There are not that many moments in life when to claim to be a craven careerist of the most calculating sort is a step up from ignominy.”

“When Chinese troops invaded Tibet in 1951, Mr. Harrer crossed into India by way of Sikkim, shortly before the Dalai Lama himself had to flee. The two met periodically over the years, but the Dalai Lama did not learn of Mr. Harrer’s Nazi past until it appeared in the news.”

“The Dalai Lama told his friend that if his conscience was clear, he had nothing to fear, The Independent, the London newspaper, reported. Mr. Harrer said that it was.”

What has been your 7 years in Tibet? What have you experienced these past 7 years or so that have brought you to the place you are now? Have you been transformed and grown? Did you have to climb some mountains to get here? Have you reached your summit? What’s the view like? Breathtaking!:)

All climbs require discipline, drive, self-sacrifice, focus, time…was looking up info on reaching the (Everest) summit and this is what I found: “While commercial trips to the summit do take place, they cost around US$65,000, require flawless climbing skills, 2-3 months of your time and, er, if you get injured you will be left on the ice to die.” Wow, that sounds like affordable fun;)(insert slightly sarcastic tone..I say “slightly” cause I’m working on being less.) Got a Sherpa?/Got a guide? Better get one!:)

Did you know that some companies end the expedition without summiting and climbers get no refunds. However, they do leave with their lives and experience and may be, a discount if they sign up for the next expedition. Discount? Have you entered the death zone…no, I didn’t say twilight zone, though you may feel that way from the lack of oxygen! The death zone: “above 8,000 meters can be fatal to climbers.” Mt. Everest Summit 8,848….(I like that number.)

Partnerships, Care-giving and mountain climbing?? How does that work? (key word: WORK!) Okay, may be “Everest” is a tad unreasonable…may be, the hill in your back yard is about all the climbing you can do for now. It takes patience to climb mountains! How much patience do you have? Not much–better get some “quick”-lol:)

Kilimanjaro is an accessible summit. Here’s some Tips from the Official Tanzania National Parks Website:

“Climb slowly to increase your acclimatisation time and maximize your chances of reaching the summit.
To avoid altitude sickness, allow a minimum of five nights, preferably even more for the climb. Take your time and enjoy the beauty of the mountain.”

“Most climbers reach the crater rim with little more than a walking stick, proper clothing and determination.”

Successfully reaching (Accessible) Mountainous Goals is Possible! Here’s an excerpt/summary from an article: “You Can Choose a Successful Future: How?”

Climbing Your Mountain/Reaching Your Goal: 4 Tips!

APA Reference
Winifred, J. (2012). Climbing Your Mountain/Reaching Your Goal: 4 Tips!. Psych Central. Retrieved on January 27, 2020, from https://blogs.psychcentral.com/wellness/2012/09/climbing-your-mountainreaching-your-goal-4-tips/
Last updated: 30 Sep 2012
Statement of review: Psych Central does not review the content that appears in our blog network (blogs.psychcentral.com) prior to publication. All opinions expressed herein are exclusively those of the author alone, and do not reflect the views of the editorial staff or management of Psych Central. Published on PsychCentral.com. All rights reserved.