Find help or get online counseling now
advertisement
Home » Blogs » Partners in Wellness » A Leader’s Language: Are You Fluent?

A Leader’s Language: Are You Fluent? 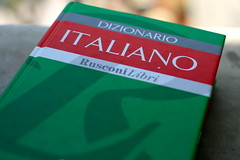 There are around 7,000 languages world-wide!

Are you bilingual, trilingual, quadrilingual or multilingual? Is your language or preferred form of expression/communication: sign, scientific, symbolic, poetic, artistic… mathematical, musical, philosophical, spiritual or technological? What language speaks to you? What language/s do you easily understand? Some say money talks. I ask: What is the language of your dreams?? (The kind you have when you’re awake.) Is this a dream: all of humanity united in world-wide peace?

Speaking of dreaming (the kind you do when you’re asleep)…I remember the first time I dreamt in French. To me, it was a cool sign that I must be reaching a level of fluency. Woke up pretty proud of my progress (in dreamland) and promptly informed hubby of it. Of course, being totally immersed in French among native speakers in France with living language lessons like those learned during rapid dinner conversation helps your dreams! 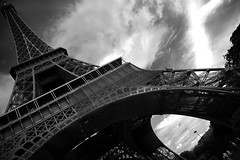 Like any learner (I’m still very much a learner and not just languages), I’ve had my share of  humbling and embarrassing, painful for my listeners (and too difficult to recount here), language (pronunciation) mistakes…especially with similar sounding words like plus belle et poubelle. Here’s a tip: Never ever tell a new mom her baby is poubelle. OUCH!! The baby is plus belle/beautiful and not poubelle/trash. (Unfortunately, this was a language nightmare I had while awake. Fortunately, I was freely forgiven!:)

My hubby and I were friends with this older gentleman who was such a brain. A professor, a linguist, fluent (I think) in 8 or 9 languages. He could carry on multilingual conversation and immediately switch languages/gears like a race car weaving in and out of traffic lanes speeding down the highway. Ironically, what we learned from him was not French…but life lessons, spiritual ones. This was a highly intelligent teacher yet humble leader!

One lesson learned: A True Leader is humble and engenders Affection and not fear! (I guess that leaves out dictators, despots, tyrants! Oh and some control-freaks, too.)

There are many languages and cultures that fascinate me. What language or languages/cultures do you like? Are you learning a new language? Keep it up and don’t get discouraged!:) As you know, communicating well and fluently is critical to efficient care-giving! The more languages you know, the more you can help! I know You like to help!:)

There is so much to learn yet so little time for a busy Mom and Caregiver. Is that how you feel? I have to prioritize my learning, studies and efforts. My life is a discipline in prioritizing the more important things or the less important, mundane things eat up too much of my time. Who really wants a mundane life?!

One language I like is Greek. In Greek there are 4 words that translate to 1 English word: Love.

1. Eros: Romantic love between the sexes.
2. Storge: Love between family members.
3. Philia:  Affection between friends.
4. Agape: Love based on principle not emotion or selfishness.

“The definition of agápe, as given in Strong’s concordance, contrasts it with the verb philéo, which is affection as for friends. Then it says that philéo is “chiefly of the heart,” but agápe chiefly “of the head,” and defines agápe as, “the judgment and the deliberate assent of the will as a matter of principle, duty and propriety.” “So it is love based on principle, involving primarily the mind, not one’s emotions. It may or may not include affection and fondness. It is not unfeeling and cold. Yet it is not ruled by feeling or sentiment, but is guided or governed by principle”…in other words a person does good to the object of his love because it is the right and good thing to do.

A Leader’s Language: Agape Love is the guiding force/principle in thought process/decision making, communication and actions. Imagine a leader who doesn’t speak “greed” but Greek as in Agape love fluently…does the right (just) thing for the right (just) reasons and is not swayed by money or sentiment!! Who wouldn’t want a leader/s like that?! Have you found a leader like that?!

A “True” leader truly cares about others, their needs and is not power-hungry, motivated by greed and/or selfishness! Are today’s so-called leader’s fluent in agape love? This language has the potential to unite all of mankind! Imagine all of humanity speaking fluently a “pure” language of unselfish love. What a peaceful world that would be for you and me!:)

A leader who speaks this language would have to conduct language lessons…learners would benefit by being immersed in the language/culture… in other words, they would limit communication/interaction with those who speak/live the culture of hate. So, they could learn to speak/live love. Do you speak and live unselfish love fluently? Wouldn’t care-giving and partnerships improve with Agape Love?! Can we practice this language? I’m trying! People are living nightmares because some think, speak, practice hate. So sad!!

“A good leader gives clear direction and helps people under his care to gain personal strength and resources so that they can solve problems successfully. ‘This is a requisite for the successful 21st century leader,’ says the book 21st Century Leadership: Dialogues With 100 Top Leaders.

Thank You for using some of your precious time to read my blog!! Hoping your dreams come true…in whatever language you dream in…(Hoping no one has any nightmares in the language of hate!) Peace to All and Pleasant Dreams!!:) 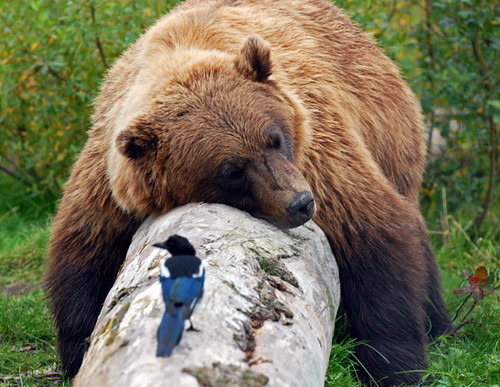 A Leader’s Language: Are You Fluent?

APA Reference
Winifred, J. (2012). A Leader’s Language: Are You Fluent?. Psych Central. Retrieved on February 26, 2020, from https://blogs.psychcentral.com/wellness/2012/09/a-leaders-language-are-you-fluent/
Last updated: 15 Sep 2012
Statement of review: Psych Central does not review the content that appears in our blog network (blogs.psychcentral.com) prior to publication. All opinions expressed herein are exclusively those of the author alone, and do not reflect the views of the editorial staff or management of Psych Central. Published on PsychCentral.com. All rights reserved.