The Psychology of Success

Men Who Work on Themselves Are Sexy 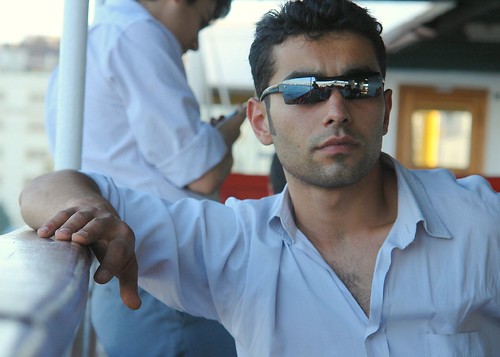 I’m a feminist who loves men. Not only do I appreciate the beauty of the male physique and the intoxicating power of masculine energy—I value the ways in which men process emotions, relationships, and life differently than women.

I’ve had the deep honor and privilege of counseling hundreds of men (if not more) over the past 20 years. In my opinion, (in general) men are more rational, logical and linear in their thinking, decisive, direct, and more self-oriented than women. I see this as a normal result of nature and nurture. I have harvested great wisdom from my male clients (and hope to have taught them a thing or two…)

I notice (again, in general) that I exercise different clinical muscles with my male clients than my female clients. With women, I am often empathizing, supporting, and building them up in preparation for self-actualization. With men, I find that I am chipping through a wall of defensiveness that prevents them from connecting with their authentic self and having deeper connections with others. Again, I attribute this to nature (DNA) and nurture (psychosocial experiences.)

In the past, men were expected to be unfailing and to know it all. That is no longer a working paradigm because it’s unfair. I’m excited to live during a time that these gender roles are converging. Women are allowed to be strong and men are allowed to be sensitive. Subsequently, humanity will evolve, God willing…

One of my girlfriends who is raising sons said, “I feel sad for boys. They do not have the same resources as girls to express their feelings and receive support.” This is true and this needs to change.

Therefore, I love when I see men seek the following:

Individual Therapy: I’m honored to have counseled many men for years, some for more than a decade. Are they crazy? No. Are the in crisis? No. Are they wimpy and needy? Absolutely not. These are smart, successful men committed to achieving their best selves personally and professionally. I love them all and have learned much from them. I hope to see more men seek therapy, lessening what is still a considerable gender gap between those who seek counseling services.

Couples Therapy: I believe we are unconsciously attracted to those who will help us grow. Couples therapy doesn’t mean it’s “make it or break it time,” it can be an exploratory process of relational growth. I’ve been moved to tears by the honest and open expressions of love from my male clients to their partners. May there be more who follow in their footsteps…

Mindfulness Meditation/Yoga: A while back, I took an amazing mindfulness meditation yoga class. It was comprised of 10 women and one man. He was kind and wise and served as a gentle leader to the group. I was grateful to have the benefit of learning from an evolved soul.  I later learned he is the physician husband of a lovely and talented friend, and that he is revolutionizing healthcare through his research. I love when I see men at the yoga studio. There should be more.

Positive Fathering: My friend and neighbor, Randy, is a successful therapist married to a delightful woman with a big career (it takes a strong man to love a strong woman.) He has a a close relationship with his children, and per his son’s request, has been growing his hair along with him so they can both donate to Locks of Love, brilliantly bending all gender stereotypes about parenting, good hair and altruism.

Recovery: I love working with people in recovery from addiction because they are motivated for the deepest level healing. I think anybody who works 12-step program that promotes accountability, taking a moral inventory, making amends and connecting with their higher power is ahead of the pack. Is there anything better than a “bad boy” who is reformed and enlightened? I don’t think so.

Mens’ Groups: My husband, (a guy’s guy who would be FAR more likely to be playing hockey, attending a metal concert or watching basketball game than participating in a “personal growth group”) recently attend a Breakthrough Weekend through Victories of the Heart. Although he honestly dreaded going, he said had a “life altering experience” and thanked me profusely for encouraging (okay, forcing) him to go. The group taught him how to connect with himself and other men more openly and honestly, breaking barriers of anger and disconnection that prevent many men from the lives they want. When he stood with his group and talked openly about his desire to be a greater man to a room filled with peers, staff, and family members, including as myself and our daughters, I was perhaps never so proud of him. (BTW,  I still have a crush on him, 25 years later, largely because he is committed to growing along with me.) He plans to continue with the follow-up support groups. Amen.

It’s simple. Vulnerability is sexy, openness is awesome and growth is attractive. Get with the program.

Free webinar: The Psychology of Success

Men Who Work on Themselves Are Sexy

Joyce Marter, LCPC is the Founder of Urban Balance and public speaker. You may find her at her personal website here, or you may follow her on Twitter.

APA Reference
Marter, J. (2019). Men Who Work on Themselves Are Sexy. Psych Central. Retrieved on March 29, 2020, from https://blogs.psychcentral.com/success/2014/05/men-who-work-on-themselves-are-sexy/
Last updated: 29 Mar 2019
Statement of review: Psych Central does not review the content that appears in our blog network (blogs.psychcentral.com) prior to publication. All opinions expressed herein are exclusively those of the author alone, and do not reflect the views of the editorial staff or management of Psych Central. Published on PsychCentral.com. All rights reserved.