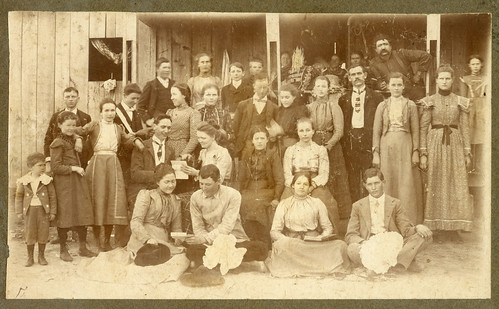 The 360 degree feedback exercise we have attempted to create a backlog of good feeling. Better yet, nobody choked on the positive comments for EVERY family member! It takes some doing, no question about it. People, especially grownups, are reluctant to make positive statements about themselves. They have heard a lifetime of caveats about too much bragging. But everyone got through it so we are on our way toward building a positive family culture.
But first let’s define what we mean by family culture. A positive culture builds on the strength of its members. It rewards more than it punishes and it emphasizes individual vitality and growth. It’s a lot about “catching family members doing something right!”
That all makes sense, right? But just what do we mean by culture? To be brief it refers to a system of shared meanings that distinguishes one culture or, in this case, one family from another. (Stephen P. Robbins and Timothy A. Judge. Essentials of Organizational Behavior. 2012. Pearson Education. Inc.) It can be tough to define. As SCOTUS Justice Potter Stewart said in attempting to define pornography: “I can’t define it, but I know it when I see it.” A well-functioning family culture may be like bathing in water that is 98.6 degrees. It’s body temperature so you really can’t feel it. Or we might describe it as lovely background music that perfectly captures your mood for the day.
It is perhaps easier to spot dysfunctional culture that disrupts the ebb and flow of family life. As a therapist I have observed many families in which the family culture centered on the alcoholism of one or more of its members. The preponderance of family resources was devoted to maintaining the addiction and/or coping with the inevitably chaotic stresses of abuse and neglect.
In another dysfunctional family situation I worked with a client who entered treatment weighing 500 pounds. He had been told that his days were numbered and that he was unlikely to reach the age of 50 unless he changed his unhealthy way of life. He described a family culture that centered on food. He had three brothers who were huge men and a giant for a father. He loved family reunions wherein eating was the main attraction. There were takeout orders of huge pizzas, Chinese food or Gargantuan subs along with plenty of alcohol. My client’s attachment to food in enormous quantities was his lifeline to his sense of belonging and being cared for. In this instance however the attachment contributed to a self-destructive pattern that was threatening his life.
Sometimes, of course, there are situations that are thrust upon families that are outside of their control. I am thinking now of a circumstance in which one family member had a chronic debilitating and ultimately fatal illness. It had struck the father when he was just a young man. But somehow this family went forward. To all outward appearances the parents and five children worked as a team. The oldest boy, for example, started weight-lifting at a young age so that he would be able to help lift his father. The illness was always a factor but the family members were able to work with it. They talked openly about it and appeared able to process feelings when necessary. They were also sustained by a deep religious faith, something again that they openly shared. It was an example to me that a strong and positive culture can exist even in the face of hardships.
What is your family’s culture? I believe every family has one. It can be enlightening to have a family session in which each member takes a turn to describe and define his or her ideas of the family’s culture. Are you up for the challenge?

APA Reference
Toronto, E. (2015). #142 Creating a Positive Family Culture. Psych Central. Retrieved on May 31, 2020, from https://blogs.psychcentral.com/see-saw-parenting/2015/03/142-creating-a-positive-family-culture/
Last updated: 24 Mar 2015
Statement of review: Psych Central does not review the content that appears in our blog network (blogs.psychcentral.com) prior to publication. All opinions expressed herein are exclusively those of the author alone, and do not reflect the views of the editorial staff or management of Psych Central. Published on PsychCentral.com. All rights reserved.

A Betrayal of Trust: Understanding the Primal Wound of Childhood