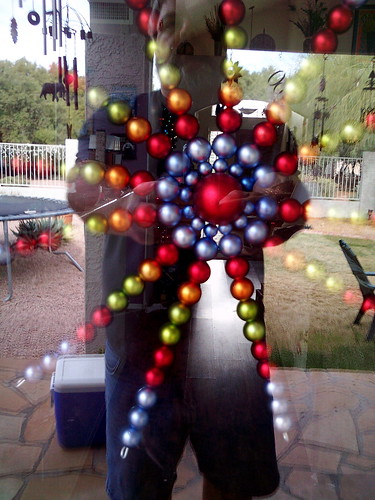 Let me begin with a particularly loaded topic for me, given the background in which I grew up. While housekeeping with small children around is surely a challenge for most families, I was, like my mother, preoccupied with cleanliness and basic order. But to a man, the guys saw my opinions as extreme. On behalf of all of them, Bob once exclaimed, “Let us live!” It became their battle cry. The issue came to a breaking point in a scene we’ve come to describe as Christmas at Ground Zero. The three older boys were about eight, six and four when this took place.

My son Matthew wrote a description of the incident:

Housework was a charged topic at our house. The housework struggle was cyclical. It went something like this: we would become lazy and would perform our duties with less and less reliability. Mom picked up more and more slack (and toys, food, clothes, etc.) Her quiet resentment began to boil until finally she exploded in some sort of irrational (as perceived by young boys) fury.

One such outburst occurred not long after Christmas one year. As usual Christmas had been spectacular. Santa had provided a wonderland of action figures, sports equipment, and brilliantly shining cities of Lego blocks. We feasted our fancies on these newfound delights, playing for hours on end without a care in the world. The house was left in shambles each night before we went to bed. Magically the next morning we would find our toys neatly displayed and put in order.

I’m not sure which morning it occurred, but some days after Christmas while all were still on vacation from school, we came down to our neatly arranged battleground only to hear Dad deny us access to it. “You boys need to play outside for an hour or so to give Mom a break.” I remember there was no snow on the ground that year. It was unusually warm for Michigan. Eventually, however, we grew tired of the outdoor air and longed again for our Lego creations. As we ventured into the house, slightly before our sentence was up, we snuck into the family room and discovered…terror! There before our shining eyes was decimation so complete that we could scarcely comprehend what supernatural force had invaded our house during our absence. Our toys had been recklessly scattered everywhere. Couch cushions were overturned, Lego ships destroyed in what was sure to have been the bloodiest battle the galaxy had ever seen. We were stunned.

As I surveyed the scene, I could not conceive of what had happened. In my mind I replayed a number of possible scenarios replete with robbers, ghosts, goblins, and villains of every kind. Who could have done this? It was not until Aaron, the oldest and wisest of the brothers, spoke that any of us understood. “I think Mom is really mad,” he said with a swallow. It couldn’t be. Could it? As I reviewed the events of the day, everything finally made sense. Indeed it was the only solution to the mystery. We were trying to survive Christmas at Ground Zero. Mother’s point was all too clear.

I recall that day well. I had already spent what seemed like an hour that morning, picking up every battleship and unattached Lego and placing them all neatly around the tree. Then I went to take a long winter’s nap. When I woke up I saw that the boys had returned. They had once again strewn Legos from one end of the living room to the other. Then they had gone off again, with never a thought to the wreckage they had created. I couldn’t take in what I was seeing. Not only had I just cleaned everything up, but I had also spent the previous days and weeks picking out dozens of gifts, decorating the house, and buying and preparing food for a bounteous Christmas celebration.

Something inside me broke. I can’t reconstruct the mental process, but I knew I had to rid the world of Legos. I descended on the colored blocks like an avenging angel, scattering them everywhere. “They want chaos?” I thought. “I’ll show them chaos.” When my energy was spent, I retreated to the far corner of the house to savor the battle and tend to my wounds. The cleaning battles persisted, but Christmas at Ground Zero became a reference point.

Clearly my response was not an ideal way of communicating. Still, I was not completely out of control. I was not like the mother of a client, who, after discovering her son’s new bicycle parked in the drive, stormed outside with a sledgehammer and smashed it to pieces. My reaction was, however, an act of desperation. I had to find some way to show the boys that I had a limit.  It was certainly not the best way to state my position. Far from it. But no one was injured. Nothing was permanently damaged. No one had even witnessed it. It was also not a frequent occurrence. But words had failed me. In the context of my own extreme upbringing of ordered chaos, it might be expected that my tolerance for disorder would be low. But I felt that I had already lowered my standards considerably. At the time I didn’t really feel that Bob supported me in my desire for order.

APA Reference
Toronto, E. (2013). # 47 Christmas at Ground Zero. Psych Central. Retrieved on February 18, 2020, from https://blogs.psychcentral.com/see-saw-parenting/2013/11/47-christmas-at-ground-zero/
Last updated: 27 Nov 2013
Statement of review: Psych Central does not review the content that appears in our blog network (blogs.psychcentral.com) prior to publication. All opinions expressed herein are exclusively those of the author alone, and do not reflect the views of the editorial staff or management of Psych Central. Published on PsychCentral.com. All rights reserved.