Find help or get online counseling now
advertisement
Home » Blogs » The Science of Addiction » For Addiction Treatment, Not All Mindfulness Strategies are Created Equal

The Science of Addiction

For Addiction Treatment, Not All Mindfulness Strategies are Created Equal 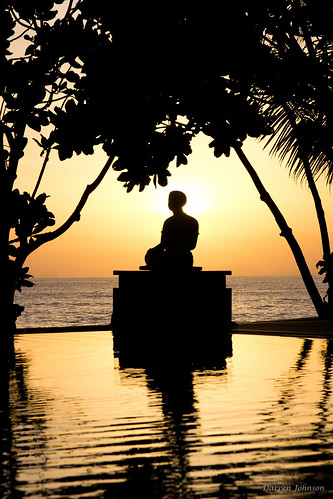 “Anxiety is universal to the human condition, but addicts experience it to an extreme because they have real problems. Meditation and mindfulness practices can help an addict stop worrying about the past, stop fussing about the future, and can help keep an addict from being caught up in racing thoughts about things they can’t control,” says Constance Scharff, PhD, Director of Addiction Research at Cliffside Malibu Treatment Center.

The more stress and anxiety your brain experiences, the more prone you are to addiction. The same is true of trauma – people who have experienced traumatic events are more likely to abuse substances than people without trauma histories. It’s these two challenges – stress and the influence of traumatic memories – that meditation or mindfulness training are thought to heal in people undergoing addiction treatment.

“What we’re learning is that these practices physically change the way the brain works,” Scharff says.

For example, a new study published in the journal Frontiers in Human Neuroscience used fMRI imaging to look inside the brains of 14 experienced meditators. First, the researchers had people chant a sound while focusing their minds on the meditation syllables. Then researchers had people meditate again, but this time letting their minds wander. They also compared both meditation strategies to rest.

The authors write that, “These techniques are thought to facilitate mental processing of emotional experiences, thereby contributing to wellness and stress management.”

Likewise, a host of studies show long-term changes in brain structures due to mindfulness and meditation practices, including increased gray matter density, increased neuroplasticity (the brain’s ability to create new synapses), increased activation in brain areas that control attention, and even temperature changes in the brain. New research at the UCLA Mindful Awareness Research Center and elsewhere shows these visible, physical changes are sculpted by the practice of meditation – the more you meditate, the more your brain is changed.

“In addition to long-term changes in the mechanics of the brain, at Cliffside we see another, more short-term benefit – we see addicts making an effort to focus on the things that are happening right now and there’s a calm from making that effort,” Scharff says.

Even outside the ways in which meditation changes the brain, and outside the effects of mindfulness practice on focusing attention on the present, the process of learning to the skill itself may provide a valuable forum in which to practice self change.

“For me, the important part is learning to be non-judgmental,” Scharff says. “A person may only go three seconds before a thought intrudes, and that’s OK. It’s the process of accepting current limitations and learning to fail safely without self-judgment that is beneficial.”

Richard Taite is founder and CEO of Cliffside Malibu, offering evidence-based, individualized addiction treatment based on the Stages of Change model. He is also co-author with Constance Scharff of the book Ending Addiction for Good.

For Addiction Treatment, Not All Mindfulness Strategies are Created Equal
Tweet 0

Richard Taite is founder and CEO of Cliffside Malibu, offering evidence-based, individualized addiction treatment based on the Stages of Change model. He is also co-author of the book Ending Addiction for Good.

APA Reference
Taite, R. (2014). For Addiction Treatment, Not All Mindfulness Strategies are Created Equal. Psych Central. Retrieved on August 15, 2020, from https://blogs.psychcentral.com/science-addiction/2014/05/for-addiction-treatment-not-all-mindfulness-strategies-are-created-equal/
Last updated: 27 May 2014
Statement of review: Psych Central does not review the content that appears in our blog network (blogs.psychcentral.com) prior to publication. All opinions expressed herein are exclusively those of the author alone, and do not reflect the views of the editorial staff or management of Psych Central. Published on PsychCentral.com. All rights reserved.