Tina’s Story of Power Over Her Condition 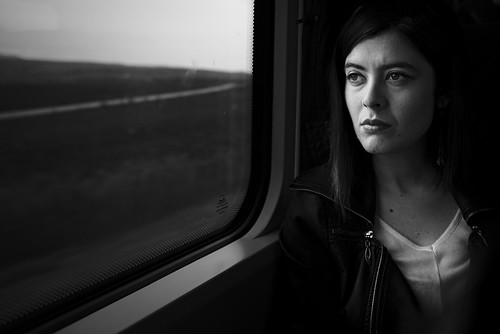 The Psychology of Women once again welcomes Lauren Bittner to the Giveaway Girl project. Lauren is an award-winning freelance writer who focuses on women’s issues. Today, Lauren introduces us to Tina.

March is Women’s History Month and I’d like to bring a new twist to it. Instead of paying tribute to empowered heroines who aren’t with us anymore, this blog focuses on a woman making history today and what we can learn from her story.

Today, 50-year-old Tina Collins lives a life that most people would be happy to have, but that hasn’t been the case for a majority of Collins’ life. She lives with #schizoaffective disorder, a chaotic and sometimes psychotic condition that wreaks havoc in the life of the sufferer and everyone around.

how to help a loved one with mental illness

Early Symptoms
Collins looks back and recalls symptoms as early as age 3, although she didn’t understand that anything was “wrong” at the time. “My earliest memories begin in childhood, all the way to age 3,” Collins says. “I suffered a lot of anxiety. I had panic attacks almost every day before going to school. Although I was well-behaved I had trouble integrating with other kids. I would go off by myself in corner. I had the desire to withdraw very early.

“I was academically smart which kind of helped me smooth it over. I had a lot of physical symptoms like stomach aches. I frequently missed school, and some of it was psychologically induced. Everyone said I was very shy. I never felt well-rested when I was a child, even after a long time.”

Teenage Life
At 13 Collins, an industrious student, suddenly began feeling unable to get out of bed in the morning. At 14 she had a nervous breakdown, although it was misunderstood. “I missed about a month or two of school,” Collins says. “I couldn’t get up because I was feeling very depressed. It was a feeling of hopelessness. I was exceptionally tired. Everyone thought it was mono.”

A few months later, the psychosis started. Not having a name for it, Collins referred to it as her “episodes.” “Suddenly, things looked strange and shimmery,” Collins says. “I experienced perceptual distortion. Things were looking larger or smaller or brighter or dimmer than they actually were, and the ground was wavy under me.”

Academic and Social Circles
Collins craved the normal life that many look forward to when they anticipate their college days, but her brain and her body protested when she reached for it. “In college everything escalated,” Collins says. “How come everyone else could coordinate themselves? Off and on I went to the doctor and I heard you have mono, you’re tired, you’re not trying hard enough. Try harder to sleep better.”

Her social life dropped in college because she didn’t have energy to do both the academic and the social piece of it. “My first response was that I was kind of blaming myself for my struggle,” Collins says.

When Collins did everything she could to become empowered by pushing herself as hard she could, she found herself in the hospital during the last semester of college. “I developed a weird autoimmune response with this strange rash,” Collins says. “At that point was when I felt very exhausted.”

These struggles didn’t stop Collins, who describes herself as very persistent, from applying and getting accepted to grad school. “I kept trying … I kept looking for some way I wouldn’t feel so sick all the time.”

Her grades and her social life reflected her increasingly erratic state of mind. “I would swing up and down,” Collins says. “I would either start studying, or I would fail. I was in a very bipolar mode. I was feeling weirder and weirder. I was vigilant for no reason, like you are when you’re paranoid. I started withdrawing more and more. I cut back because I got sicker and sicker. I was unable to go out. I didn’t know why I was in a state of fear. It was scary to go out. I couldn’t figure the world out. I couldn’t walk. Suddenly the world becomes really foreign. I would go out to the mall, come out and suddenly didn’t know where I was or didn’t recognize it.”

Life After Grad School
Collins had to leave grad school. She couldn’t process communication coming to or from herself. Often, when people were talking to her, she thought they were yelling at her although they weren’t. In short, unbeknownst to her, she was psychotic.

Finally, when she was 28, she received a diagnosis of Bipolar Type 2, which she describes as only partially correct. “The doctors didn’t really understand my psychosis because I couldn’t describe it very well.”

It’s as if Collins is describing hell when she talks about the next 10 years. The psychosis increased in her 30s. “I had a complete breakdown of the senses. My language broke down. I was unable to speak. I couldn’t get words out. They couldn’t really get the medication right. I was in the fetal position for 10 years.”

Caretaking
Although Collins’ condition had greatly worsened over the years, starting when she was a teenager she helped care for parents, who both had health problems over the years. This situation presented challenges, although it ultimately helped in her recovery. “Caregiving is very difficult emotionally,” Collins said. “There is a helpful side to it such as reconnecting with feelings. You can get numbed out by medicine or illness. I developed those skills at a very young age. It really helped to have skills before the illness peaked.”

Related posts:
The Turning Point
How to Help a Loved One With Mental Illness

***We welcome your thoughts, insights and experiences in the comments section, or join the conversation on Facebook.
Take care,

Tina’s Story of Power Over Her Condition

Cherilynn Veland, MSW, LCSW, is a counselor and coach based in Chicago. She has been helping individuals, couples and families for more than 20 years. She is author of Stop Giving It Away, a book about developing healthier relationships with yourself and others. The Stop Giving It Away movement aims to stop the detrimental level of self-sacrifice in which many women live and work. Winner of the 2015 National Indie Excellence Book Award in the Women's Issues category - Stop Giving It Away.

APA Reference
, . (2016). Tina’s Story of Power Over Her Condition. Psych Central. Retrieved on June 6, 2020, from https://blogs.psychcentral.com/psychology-women/2016/03/tinas-story-of-power-over-her-condition/
Last updated: 17 Mar 2016
Statement of review: Psych Central does not review the content that appears in our blog network (blogs.psychcentral.com) prior to publication. All opinions expressed herein are exclusively those of the author alone, and do not reflect the views of the editorial staff or management of Psych Central. Published on PsychCentral.com. All rights reserved.