Men Have Trouble Expressing Their Emotions 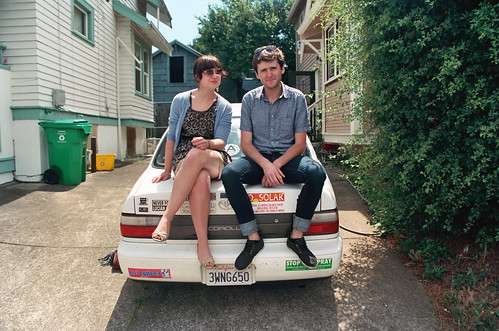 Men have difficulty expressing their emotions.

Steady Eddie tells his wife everything is fine and never complains. He never gets upset about anything. He doesn’t really get that excited about anything either. When his wife asks him if he is worried about his job when the company gets taken over and everybody’s job is getting slashed, he shakes his head no and responds with an “It is what it is.” Weirdly, he has started waking up at 3 a.m. and he doesn’t know why.

Jonathon has been treated like sh*& from his boss every day. His boss is condescending, rude and treats him like the bitch boss in The Devil Wears Prada. Jonathan keeps it to himself and isn’t sure what to do about it. His boss doesn’t treat him all that differently than his dad did, and it sure feels bad. He has been drinking a lot lately, but he thinks that he deserves some after-work relief.

Sam is hurt that his wife seems to be all about herself lately. She goes out with her friends, makes plans with everyone else, but when he walks in the door, she is texting, surfing Netflix, or running out the door to work out. He feels hurt, but he doesn’t say a word. Instead, when she gets home he tells her how annoyed he is that she keeps taking up too much space in the garage. “And what’s with all the shopping you have been doing? What the hell?! I am not made of money,” he says.

The Emotions of Men

Do men experience the whole range of emotions? You know, sadness, fear, shame, happiness? And all the machinations and variations that stem from these? Of course.

Our society doesn’t encourage males to express their emotions. We still implicitly teach our sons to hold it in. The only acceptable emotion is anger. I just met a little boy who told me that his dad says it is his fault if someone makes him cry, because you are supposed to hold it in. Hmmm…

Anytime I make a sweeping gender characterization, I get into trouble. There are always exceptions. However, I feel comfortable stating copious research supports that boys and girls learn early on through socialization how and when to express their emotions. Men are better at yelling and raging (women tend to cry when they are angry).

If you don’t have practice accessing your emotions, it makes expressing them very difficult. No amount of frustration from a partner will “make” these guys own up to what they are really feeling if they don’t want to. Sometimes, even if they want to, this emotion reading chip has been so unused for so long, they don’t even know how to get there.

How Guys Can Get in Touch With Their Emotions
The emotional side needs nurturing too, like any other relationship. Finding the right therapist can be helpful for learning how to access emotions and express them fully.

Sometimes, one has to get creative. Drawing and working out (especially with techniques like yoga, Tai Chi, martial arts) can help people draw out some of the emotions in a useful way. With one’s partner, guessing about what might be upsetting them might help foster further discussion.

For example, Steady Eddie’s wife might want to tell him that anyone would be stressed in that kind of a work environment, and ask would it help to talk to someone? Same with the tough boss guy. Or, when it’s only anger you see, listen to your partner’s annoyance, acknowledge it, then ask if there is anything else that is bothering him.

Everyone needs encouragement and support. Knowing you are interested in what your guy is feeling can help (remember to assure them you won’t freak out).

Cherilynn Veland, MSW, LCSW, is a counselor and coach based in Chicago. She has been helping individuals, couples, and families for more than 20 years. She is author of Stop Giving It Away, a new book about developing healthier relationships with yourself and others. The Stop Giving It Away movement aims to stop the detrimental level of self-sacrifice in which many women live and work.

Learn more about Stop Giving It Away.

***Pic by Matt Anderson via Compfight

Men Have Trouble Expressing Their Emotions

Cherilynn Veland, MSW, LCSW, is a counselor and coach based in Chicago. She has been helping individuals, couples and families for more than 20 years. She is author of Stop Giving It Away, a book about developing healthier relationships with yourself and others. The Stop Giving It Away movement aims to stop the detrimental level of self-sacrifice in which many women live and work. Winner of the 2015 National Indie Excellence Book Award in the Women's Issues category - Stop Giving It Away.

APA Reference
, . (2016). Men Have Trouble Expressing Their Emotions. Psych Central. Retrieved on July 15, 2020, from https://blogs.psychcentral.com/psychology-women/2016/01/men-have-trouble-expressing-their-emotions/
Last updated: 20 Jan 2016
Statement of review: Psych Central does not review the content that appears in our blog network (blogs.psychcentral.com) prior to publication. All opinions expressed herein are exclusively those of the author alone, and do not reflect the views of the editorial staff or management of Psych Central. Published on PsychCentral.com. All rights reserved.

Narcissistic Parenting: Is It Really Protection or Merely Projection? (Pt 1 and 2)