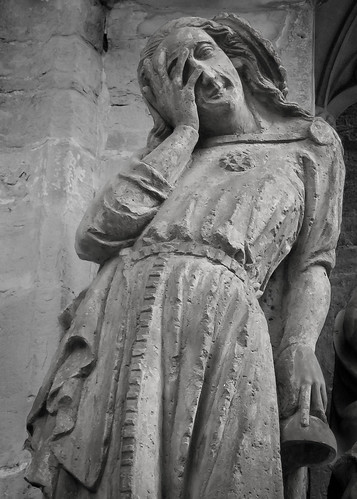 The poll results are in: 57% of you think that mc chris, the nerdcore hip-hop artist, is a bully for kicking out a concertgoer who posted a negative tweet about the show’s opening band. After searching Twitter from the greenroom backstage, the performer came on stage and publicly asked for the concertgoer by his full name, Mike Taylor.

Mike raised his hand. mc chris told him to get out, and then, as promised, security escorted him out of the venue. (You can read more about the story here.)

Well, it’s amazing what twenty-four hours (and an army of internet rage) can do to someone’s ego.

Take a look at the weepy apology video that the performer posted to YouTube yesterday:

The video has made the rounds to multiple entertainment outlets, including eonline, who summarized the video transcript:

“I had a horrible day today,” Chris began in the video he posted Wednesday night, “and I’m sure someone else had a bad day today, too, because they didn’t get to see the show [in Philly] last night and didn’t see the bands they wanted to see because I kicked them out of the venue. It wasn’t right, it wasn’t cool, I did the wrong thing, I definitely made a mistake,” he said solemnly. “But I think there are bigger issues at hand, given all the comments about how I seem—or how I act, I should say, onstage.”

How do you feel about the apology? If you voted this performer as a bully in yesterday’s poll, does this apology change your opinion? What does it take to transform an adult bully into a non-bully?

Previously: Performer Kicks Out Concertgoer For Negative Tweets: Is This Bullying?

APA Reference
Beretsky, S. (2012). Update: “Bully” Performer Apologizes On YouTube. Psych Central. Retrieved on May 31, 2020, from https://blogs.psychcentral.com/panic/2012/07/update-bully-performer-apologizes-on-youtube/
Last updated: 21 Jul 2012
Statement of review: Psych Central does not review the content that appears in our blog network (blogs.psychcentral.com) prior to publication. All opinions expressed herein are exclusively those of the author alone, and do not reflect the views of the editorial staff or management of Psych Central. Published on PsychCentral.com. All rights reserved.