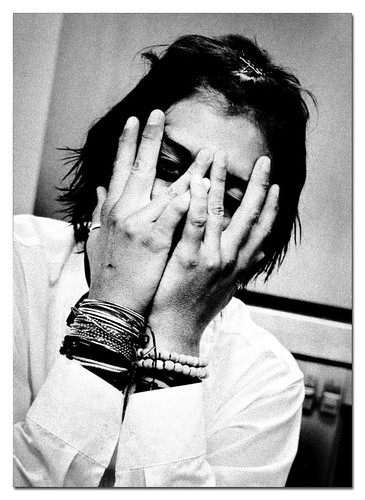 (This is the tenth post in a series called “Anxiety Society,” in which I interview everyday anxiety suffers from all walks of life about their struggles, their triumphs, their coping methods and more.

I believe that the more we openly talk about our mental health, the less of a “thing” it becomes. Conversation can reduce stigma, and my interviewees want to be a part of that.)

If that name sounds silly, know this: even anxiety sufferers can have a sense of humor when it comes to creating a pseudonym for a blog interview!

And, if that name sounds familiar, know this: the original Jemima Puddleduck was brought to life by Beatrix Potter, famed author of children’s books.

Not everyone is comfortable with sharing their real name on the internet. I respect that decision — especially when the information they provide can help others to better cope with mental illness. I feel that it’s better to share anonymously instead of not sharing at all.

Jemima is in her late twenties and works in television production. She describes herself as a “lover of anything with a beating heart,” but quickly notes that bears are the sole exception to this rule. Jemima also loves running, playing trivia games, and blogging about dating and relationships. She currently resides in Brooklyn, New York.

Summer: You didn’t always live in Brooklyn. What motivated you to move there?

Jemima: I moved to Brooklyn five years ago because I wasn’t receiving the opportunities I wanted in Central Pennsylvania.  I studied film production in college and wanted to work in the film or television industry and Central PA just wasn’t the place for that.

You weren’t afraid to just pick up and leave?

Under normal circumstances my anxiety would not allow me to pick up and move hours away from my family and friends, but my sister had already been living and working in Brooklyn for several years so she paved the way for me and gave me a safe haven outside of my comfort zone.

So, what role does anxiety play in your life?

Most of the time, anxiety luckily plays a minor role in my life.  But when it hits, it is extremely debilitating and I lose sight of how to function like a “normal” person.  I’m able to get myself to work, but once there I stare at my computer screen, unable to do the work I need to do or so much as pick up the phone when it rings.

Do you have an official diagnosis?

I was diagnosed with Obsessive Compulsive Disorder about 12 years ago and the combination of obsessing compulsively and anxiety is not a happy marriage.  I spend hours obsessing about what is wrong with me, what brought the anxiety on, and how long it will last.  I drive myself mad psychoanalyzing myself.

How did the OCD diagnosis come about? You were a teenager then, correct? What was being diagnosed with OCD like?

I knew I had OCD long before the diagnosis; I just didn’t know there was a word for it.  As a small child, I noticed that my sister didn’t have to kiss her stuffed animals goodnight in a certain order and things like that.

By the time I got to high school I was “making the rounds,” as I called it. Before bed every night, I had to go around my house to make sure all appliances were unplugged, no chair legs and the like were resting on electrical cords (fire hazard), all doors were locked, no one was hiding in the closets… and doing this just once wasn’t enough.  I had to do it several times in a row in case I had missed something.

Oh, and I had to make sure all the tassels on the rug were straight, too.

How did you learn that there was a name for your behaviors?

I’d read enough magazine articles by that point to know what was afflicting me, so I told my parents and they took me to a doctor to talk about it and seek treatment.

Find out how OCD affects Jemima in her adult life in the second part of this interview.

APA Reference
Beretsky, S. (2012). Anxiety Society: Meet Jemima and Her OCD. Psych Central. Retrieved on May 31, 2020, from https://blogs.psychcentral.com/panic/2012/07/anxiety-society-meet-jemima-and-her-ocd/
Last updated: 1 Jul 2012
Statement of review: Psych Central does not review the content that appears in our blog network (blogs.psychcentral.com) prior to publication. All opinions expressed herein are exclusively those of the author alone, and do not reflect the views of the editorial staff or management of Psych Central. Published on PsychCentral.com. All rights reserved.