Find help or get online counseling now
advertisement
Home » Blogs » Panic About Anxiety -- A blog about panic attacks, panic disorder, and anxiety. » The ‘Most Relaxing Tune Ever’, According to… Science?

The ‘Most Relaxing Tune Ever’, According to… Science? 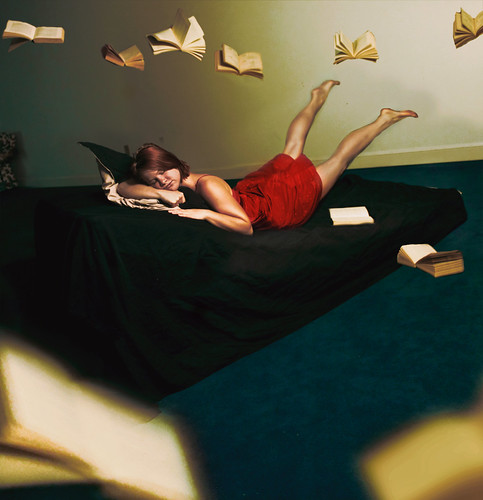 Can science give us the perfect sleep-inducing song?

I’ve been a bit of an insomniac lately. Somewhere in the depths of 2 a.m. last night (or this morning?), I Googled “most relaxing song ever.”

And what did I expect to find? Well, a bunch of songs esteemed Most Relaxing by the court of popular opinion.

But instead, I found…science. Maybe.

…the eight minute track [by Marconi Union], called Weightless, is so effective at inducing sleep it should not be listened to while driving.

Lyz Cooper, founder of the British Academy of Sound Therapy, says that the song’s rhythm begins at 60 beats per minute and then gradually falls to 50 by the end. She told The Telegraph that the song’s lack of melodic repetition quiets the brain from trying to predict a musical pattern.

While the song definitely has some subjectively relaxing qualities to it, I’m a bit wary of the research that’s labeled it as the “most relaxing tune ever.” When a spa company funds your research…well, eh, that sort of smells like a marketing gimmick to me. You can read the full article here and decide if any of the research is truly “scientific.”

But let’s put the science vs. pseudoscience debate aside for now. And let’s relax.

Scientists (and perhaps I mean that loosely) recommend that you avoid listening to this song while driving…so, if you’re driving, don’t listen to the song below.

Of course, if you’re driving and reading blogs at the same time, that’s clearly worse.

Anyway. Here it is:

Of course, music is subjective and it’s perfectly possible that slow ambient may increase anxiety for some people. I know it sounds silly, but it’s true. If you’ve ever had a panic attack on a massage table or at a spa, then you might negatively associate slow & droning music with your experience. (If that’s the case for you personally, what kind of music relaxes you?)

What do you think? Give it a complete listen before bed tonight and let me know if it deserves its title.

The ‘Most Relaxing Tune Ever’, According to… Science?
Tweet 0

APA Reference
Beretsky, S. (2015). The ‘Most Relaxing Tune Ever’, According to… Science?. Psych Central. Retrieved on September 23, 2020, from https://blogs.psychcentral.com/panic/2012/02/the-most-relaxing-tune-ever-according-to-science/
Last updated: 26 May 2015
Statement of review: Psych Central does not review the content that appears in our blog network (blogs.psychcentral.com) prior to publication. All opinions expressed herein are exclusively those of the author alone, and do not reflect the views of the editorial staff or management of Psych Central. Published on PsychCentral.com. All rights reserved.