Find help or get online counseling now
advertisement
Home » Blogs » Panic About Anxiety -- A blog about panic attacks, panic disorder, and anxiety. » The Strange (and Promising) Beauty of the Winter Solstice

The Strange (and Promising) Beauty of the Winter Solstice 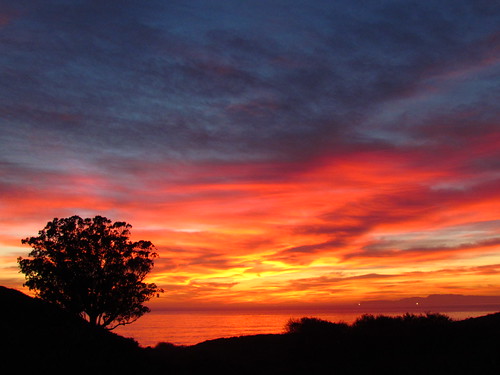 That’s pitifully equivalent to the average workday, isn’t it?

Think about it: today, office workers are stumbling into their cubicles at dawn and filing out at dusk, having missed the natural light of day entirely.

For lack of a better word, blah.

I can’t help but compare all of this to June and the fifteen gracious hours of sunlight that she brings each day. Even if you spend ten hours holed up in a fluorescent-lit office building, five whole hours of daylight are yours for the taking after your shift! Not to mention that the air is warm! And the world is alive! And the trees are green! (And the exclamation points are plentiful!)

My name is Summer, and boy have I grown into that name over the years. (Thanks, Mom & Dad, for avoiding the trendy names back in ’84 and instead picking something uncommon.)

Oh, the scent of the earth — did you know it’s called geosmin? — can lift my mood up into the clouds.

But right now, my mood is not in the clouds. It’s not even close. It’s on par with Holden Caulfield’s mood when wondered where the ducks go in the wintertime in J.D. Salinger’s Catcher in the Rye:

“I was wondering if [the pond] would be frozen over when I got home, and if it was, where did the ducks go? I was wondering where the ducks went when the lagoon got all icy and frozen over. I wondered if some guy came in a truck and took them away to a zoo or something.”

I think what Holden meant is this: what happens when the environment can no longer support you?

THE VERY PIT OF ALL OTHER DAYS

I cried while wrapping Christmas presents last night because, suddenly, I became anxious that no one would like their gifts. In fact, in that moment of tears and wrapping paper and bows and boxes, I convinced myself that everyone would think the gifts I’ve selected for them are dumb. I went on crying, in mental conflict with the nature and purpose of giving, as I plucked Scotch tape from its plastic dispenser and stuck name tags on wrapped presents.

There’s no denying it: my mood is at ground level. Between the holiday stress and the lack of sunlight, this time of year is never easy.

As I type, a heavy rain pounds on the roof of my apartment. (Shouldn’t this be snow?) A few bills to my left on the counter; some fake garland and artificial Christmas lights to my right. Beyond the windows in my living room, a smoke-gray sky and dead-looking oak trees.

Blah. Blah, blah. This environment doesn’t support me. I should go somewhere else in the wintertime. Someone in J.D. Salinger’s mind should truck me off to a zoo or something, right?

I am a warm, square peg and the hand of nature is trying to shove me into the oval-shaped hole of winter. It hurts my sides and chips a little bit of wood from my sharp corners with every ill-fitting push.

But despite all that, it’s time to celebrate.

Today, for those of us in the northern hemisphere, is the shortest day of the year. It’s the winter solstice. And to me, “winter solstice” is much more than a mere synonym for “the first day of winter.”

It’s the day when the sunlight stops walking away from us — it pauses, turns around like a lover who has changed her mind about leaving, and slowly returns with open arms.

The last few lines of “Four in the Morning”, by Polish poet Wislawa Szymborska, describe the hour of 4 a.m. in much the same way as I’d describe the winter solstice:

But it all gets better from here.

Starting tomorrow, the sun will stick around for another three seconds. Then, the next day, an extra ten seconds. By the end of December, we’ll have gained about three minutes of sunlight in our day.

By January 15th, we’ll have nineteen more minutes of sunlight than we’ve got today.

By February 6th, an extra hour.

The growth is slow, but it is continual. And unlike any deity, the sun won’t change it’s mind and betray us anytime soon.

It’s the one cycle of eternal return that all of us, no matter what our personal religious leanings, can believe in.

That’s the numinous beauty of science.

The Strange (and Promising) Beauty of the Winter Solstice
Tweet 0

APA Reference
Beretsky, S. (2011). The Strange (and Promising) Beauty of the Winter Solstice. Psych Central. Retrieved on September 23, 2020, from https://blogs.psychcentral.com/panic/2011/12/the-strange-and-promising-beauty-of-the-winter-solstice/
Last updated: 21 Dec 2011
Statement of review: Psych Central does not review the content that appears in our blog network (blogs.psychcentral.com) prior to publication. All opinions expressed herein are exclusively those of the author alone, and do not reflect the views of the editorial staff or management of Psych Central. Published on PsychCentral.com. All rights reserved.