Find help or get online counseling now
advertisement
Home » Blogs » Panic About Anxiety -- A blog about panic attacks, panic disorder, and anxiety. » Not Making a Resolution This Year? Don’t Feel Bad About It

Not Making a Resolution This Year? Don’t Feel Bad About It 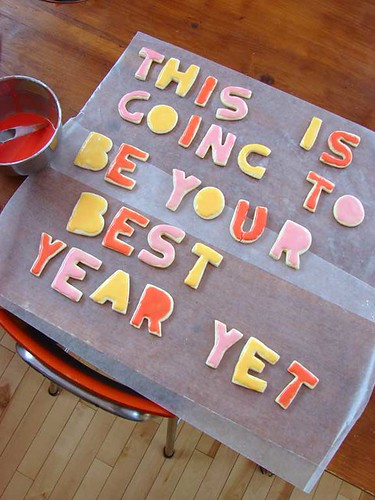 I won’t lie: I’ve never followed through on a single New Year’s resolution.

I guess I’m not one for resolutions. They’re big. They’re bulky. They’re heavy. Even though “resolution” is an abstract concept, it carries weight. It carries mass.

And I get overwhelmed just thinking about the gravity of creating one.

Now, let me be clear: I’ve definitely dropped bad habits before. I’ve also picked up good habits. But it happened in July. And September. And March.

It happens when I’m truly motivated — not in late December or early January when the calendar suggests I ought to be motivated.

After getting 12 cavities filled within one month (July), I resolved to start flossing my teeth on a daily basis. My flossing had been sporadic at best, and I sure as hell paid for my laziness with every turn of the dentist’s drill. It’s been two and a half years since that cavity-filled month — and now, flossing my teeth is such a habit that I often don’t realize that I’ve even begun flossing until I’m tossing the used string into the bathroom garbage can.

And let’s not forget that time when I gave up meat and became a vegetarian for a period of time. It wasn’t a new year that drove me to change my eating habits — it was a high school friend who knew I loved fast-food hamburgers. She bet me a few bucks that I couldn’t go a year without eating meat.

My point is this: great changes in habit will come when we are most motivated. If you’re motivated — truly motivated, right now — to join that gym or lose that weight or quit those cigarettes, then do it.

But if you’re not, then don’t worry. The turning of the year does not demand anything of you. Except, maybe, the purchase of a new wall calendar for your kitchen — but that’s all.

Not Making a Resolution This Year? Don’t Feel Bad About It
Tweet 0

APA Reference
Beretsky, S. (2011). Not Making a Resolution This Year? Don’t Feel Bad About It. Psych Central. Retrieved on September 23, 2020, from https://blogs.psychcentral.com/panic/2011/12/not-making-a-resolution-this-year-dont-feel-bad-about-it/
Last updated: 28 Dec 2011
Statement of review: Psych Central does not review the content that appears in our blog network (blogs.psychcentral.com) prior to publication. All opinions expressed herein are exclusively those of the author alone, and do not reflect the views of the editorial staff or management of Psych Central. Published on PsychCentral.com. All rights reserved.