Find help or get online counseling now
advertisement
Home » Blogs » Panic About Anxiety -- A blog about panic attacks, panic disorder, and anxiety. » Fear of Power Lines: Is There a Word for That?

Fear of Power Lines: Is There a Word for That? 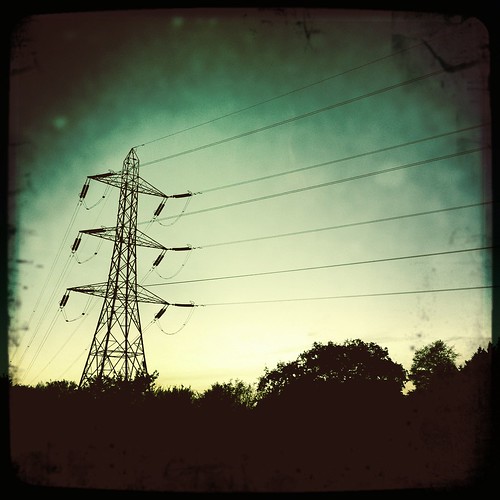 It was November of 1992. I’d just finished my second-grade homework at the kitchen table when a thunderstorm, strange for that time of year, rolled in. I was a short and mousy-looking child whose pigtails whipped around like propellers when I zipped around my parents’ house. (I wish I could have bottled up my boundless energy to save some for adulthood.)

When the power went out that evening, I excitedly ran to every window on the second floor to catch a rare glimpse of north, east, south, and west sans streetlights.

It was neat-o (a word I very likely used at the time), but after two minutes I was bored with the dark. An avid fan of Full House, I made my way downstairs into the TV room so I could prep the VCR to start taping the show at 8 pm. (Yes, I loved the Tanner family and I taped every show until 5th grade. Go ahead; judge me.)

And then I re-realized that the power was out and no such VCR-taping could occur.

Bored and a bit bummed, I wandered out to the front porch after the rain had stopped. My father was out on the sidewalk, passing the time by chatting with some neighbors who had congregated in front of our house. I joined the sidewalk party and blabbed to all the grown-ups about how sad I’d be if I missed Full House.

After a few minutes, I looked up at a nearby telephone pole and saw a blue light sparking. Yay! A streetlight was coming back on! Power was being restored! I could watch the Full House episode where Stephanie and her dance class perform Motown Philly!

But then, I realized that the telephone pole I was looking up at didn’t have a streetlight attached. Wait…if there’s no streetlight, then what’s glowing?

Then, the loud & cracking buzz began. The adults looked up and gasped. My stomach sank and my primal instincts kicked in. 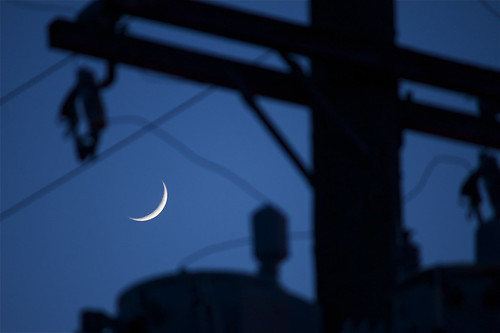 “Hurry, get on the porch!” one of them shouted as the live wire fell to the ground and began to snake on the tree lawn. But I would do no such thing. I had to run.

And run I did. I ran like lightning — no pun intended — from the tree lawn to our driveway and right to the very outer edge of our back yard. My dad found me in the backyard screaming and reassured me that I was okay, but scolded me for running so far and so fast.

And that was the day I developed my power line phobia. Years of power line-related dreams followed. And so did avoidance — I couldn’t walk under electrical lines. I was too scared that one might fall on me, like it almost had on that November night in second grade.

(For the record, the power did come back on just as Full House was starting. Neat-o!)

There’s a word for the fear of electricity: electrophobia. But I wasn’t afraid of lightbulbs or plugging in the toaster. I wasn’t (and am still not) really afraid of lightning unless it strikes close to home.

I was just afraid of overhead power lines and the possibility that they might fall. On me.

Is there a word for that?

Well, according to Google, no. Not really. A search for “fear of power lines” yields a handful of forum posts (like this one) written by others who share my fear. There’s also a New York Times article from 1993 about the “fear” that overhead power lines would damage property values near Utica, NY.

If Google pulls up something from 1993 as a top result, is it safe to say that there’s no word in existence to describe a power line phobia? 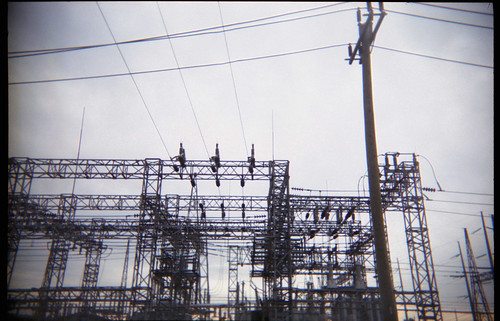 Thus, I propose a new word: electrofuniphobia. (Word-lovers, take note of this multi-syllabic mouthful of letters!)

The Latin word “funis” means rope, cord, or line. And while Latin apparently doesn’t have a word for “electricity” per se, “electricus” means amber-like and seems suitable enough. The Greek is similar: “elektron” means amber. And of course, “phobia” is Greek for fear.

Electrofuniphobia. Okay, so it’s not the simplest word in the word. And, um, actually, the phrase “fear of power lines” is easier to say.

But sometimes, coining a word for a yet-unnamed concept can make that concept more real. It makes a concept, like a (rare) fear, easier to discuss. It seems to legitimize my phobia, in a way.

Well, my former phobia. That’s right: while anxiety may certainly be damning the hell out of me at the moment, power lines no longer have a seat at my panic table. Later this week, I’ll share the instinctive (yet functional) approach I used in high school to zap — pun intended, har har — my fear of overhead power lines.

Fear of Power Lines: Is There a Word for That?
Tweet 0

APA Reference
Beretsky, S. (2011). Fear of Power Lines: Is There a Word for That?. Psych Central. Retrieved on September 23, 2020, from https://blogs.psychcentral.com/panic/2011/12/fear-of-power-lines-is-there-a-word-for-that/
Last updated: 6 Dec 2011
Statement of review: Psych Central does not review the content that appears in our blog network (blogs.psychcentral.com) prior to publication. All opinions expressed herein are exclusively those of the author alone, and do not reflect the views of the editorial staff or management of Psych Central. Published on PsychCentral.com. All rights reserved.