Find help or get online counseling now
advertisement
Home » Blogs » Panic About Anxiety -- A blog about panic attacks, panic disorder, and anxiety. » Panic Attack Humor: ‘My Panic Attack is Having a Panic Attack’ 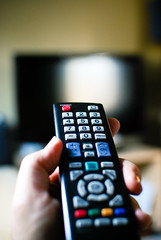 Last week, I wrote about how certain mental health-related quips and jokes can sometimes be hurtful. Comments like “take a chill pill” run the gamut from innocuous to downright insulting — depending on who is delivering the phrase, who is receiving it, and the context of the communication act.

So, to counter all of that, here’s my favorite piece of panic attack-related humor.

Today, I erupted in giggles when I re-watched one of my favorite Saturday Night Live sketches called “Group Therapy”. In the following scene, Penelope (a peppy gal who compulsively one-ups everyone with ridiculous tales, played by Kristen Wiig) disrupts a group therapy session led by actor and episode host Neil Patrick Harris.

I won’t ruin the fun by explaining the scene any further. Just watch it before reading on!

(If the below video player doesn’t work for you, try accessing the video here.)

Cracks me up every time.

But on a serious note, I think the concept of Penelope’s “panic-anic attack” brings up a great point: panic breeds panic. In the skit, she mentions that her “panic attack is having a panic attack” and, while literally nonsensical (and so very meta), the comment bears a few seeds of truth. If you panic at the grocery store, your panic attack itself can’t have a panic attack — but it can certainly instigate a second attack in one of two ways.

First, if you (like many panic sufferers) have a fear of panic itself, then having had a recent panic attack may trigger a second one to soon follow. After all, if you had a seemingly random panic attack this afternoon, what’s to say you won’t have a random one this evening? The fear of not knowing when it will arrive can fuel the panic fire.

Second, our bodies go through some very specific physiological changes when we’re stuck in the throes of panic. Our heart rate elevates. Our blood pressure may rise. Our adrenal glands dump epinephrine into our bloodstream. We get shaky. We get lightheaded. We get nauseous.

And, even after the acute portion of the attack is over, we stay physiologically revved for a period of time. Sometimes, I feel better an hour after a panic attack. Other times, I don’t feel well again until I get a full night’s sleep. It depends on a lot of factors like the severity of the initial attack, my overall stress level, the environment I’m in, and so on. So, a few hours after an attack, if our bodies are still experiencing the lingering effects of panic hormones, might that help to trigger a secondary attack? An aftershock, if you will? Absolutely. It sure can.

Now, because of that SNL skit, I call these post-panic aftershocks “panic-anic attacks”. Sure, I’ve altered the meaning slightly, but so what? I enjoy concocting new ways to describe my panic symptoms. So, when my panic attacks produce secondary panic attacks, I:

If you get panic attacks, how often does a “panic-anic attack” make a subsequent appearance?  Do they appear within the hour?  The same day?  The next day?  Do you find that reaching a certain panic-free milestone (say, one week without an attack) decreases the likelihood that you’ll have a panic attack soon?

APA Reference
Beretsky, S. (2011). Panic Attack Humor: ‘My Panic Attack is Having a Panic Attack’. Psych Central. Retrieved on January 25, 2020, from https://blogs.psychcentral.com/panic/2011/10/panic-attack-humor-my-panic-attack-is-having-a-panic-attack/
Last updated: 4 Oct 2011
Statement of review: Psych Central does not review the content that appears in our blog network (blogs.psychcentral.com) prior to publication. All opinions expressed herein are exclusively those of the author alone, and do not reflect the views of the editorial staff or management of Psych Central. Published on PsychCentral.com. All rights reserved.