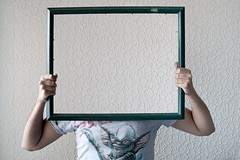 Has anyone ever called you a jerk?

Go ahead.  Raise your hand.  Being called a jerk is not always a bad thing.  The word “jerk” doesn’t always have to mean a “contemptibly obnoxious person”, as Google’s dictionary so concisely phrases it.

Consider the below conversation:

Roommate 1: Have you seen my Calculus book?  I have a final exam tomorrow.  I need to study.
Roommate 2: Yep…I needed a few bucks, so I sold it back to the bookstore for beer money.
Roommate 1: …are you kidding me?  What the hell, man?  That’s my book!
Roommate 2: Yeah, I know…but I never saw you reading it, so I figured you didn’t need it.
Roommate 1: You’re a jerk!  Now I’m screwed for my exam.

And now, this one:

Girlfriend: I love going on walks with you. It’s so warm out, though — I wish it would rain!
Boyfriend: Oh yeah? You want it to rain?
Girlfriend: Sure.  I think it would be nice to cool off a bit.
[Boyfriend reaches up, grabs a wet tree branch, and shakes it.]
Boyfriend: There!  It’s raining!  Ha.
Girlfriend: Haha…you’re a jerk!  I’m soaked.

Does “you’re a jerk” mean the same thing in both conversations?  Definitely not.

I think most of us would agree that Roommate 2 is, indeed, a contemptibly obnoxious person.  But is Boyfriend?  Within the context of a loving relationship, a word that would typically be insulting is transformed into a playful — even flirtatious — remark.

Likewise, anxiety can change the way we understand the events and the people around us.  It’s an (often distorted) lens through which we interpret the world.

Take that previous paragraph, remove the “vacuuming” part, and insert virtually any activity: going to work.  Driving to the grocery store.  Playing with your kids.  Taking a jog.  Taking a class.  Taking a shower.  It’s almost like Mad Libs.

Anxiety is a lens that can magnify problems and downplay pleasures.  It’s often cruel and unforgiving.

So, how can we remove the lens?  How can we see the world more clearly and more realistically?  What can we do to live our lives without punishing ourselves via the whole mountains-out-of-molehills thing?

Play with this for a few days and see what happens.

And before you do that, here’s something else to play with first.  Take a look at how dramatically context can change the meaning of things.  In this case, the context is the music, the editing style, and the selected clips of the two film trailers for a movie called Heavyweights.

Watch this before you read the next paragraph:

Heavyweights must be a provocative psychological thriller…right?  It’s a jarring film, ripe with action and fear.  Right?  The music, the fade-to-black sequences, and the quick pacing…this is going to be a frightening film.  Isn’t it?

Okay, context change.  That was a fake movie trailer produced by Ryan Trahey.  Now, let’s take a peek at the real one — and remove that artificially-instilled Anxiety Lens. Watch:

Context is a powerful thing indeed.

APA Reference
Beretsky, S. (2011). The Anxiety Lens: How Context Changes Meaning. Psych Central. Retrieved on September 22, 2020, from https://blogs.psychcentral.com/panic/2011/06/the-anxiety-lens-how-context-changes-meaning/
Last updated: 29 Jun 2011
Statement of review: Psych Central does not review the content that appears in our blog network (blogs.psychcentral.com) prior to publication. All opinions expressed herein are exclusively those of the author alone, and do not reflect the views of the editorial staff or management of Psych Central. Published on PsychCentral.com. All rights reserved.