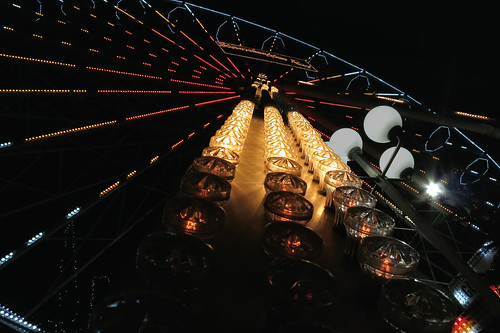 A new $71 million program at the Defense Advanced Research Project Agency, or DARPA, working with Massachusetts General Hospital and UCSF, focuses on developing implants to place in the brain for the purpose of “treating depression, anxiety and symptoms of PTSD.”  If this doesn’t make the hair on the back of your neck stand up, it should.

Or should it?  What do you think about brain implants?  Do you fear they will be forced on people, required of soldiers?  And if they work, does it matter?  When the symptoms of anxiety, depression or PTSD run your life, it seems like the obvious answer is no – the benefits may outweigh the risks.  I think even in light of potential cases of dramatic symptom reduction, the morality, development, rigor and ethics of brain implants deserve a closer look. I resonate with the comments of Carl Erik Fisher in the January/February 2014 Scientific American Mind in the article “Psychiatry’s New Surgeons.”

While brain implants in the non-defense sector show promise in treating such disorders as Parkinson’s, specializing them for the purpose of treating those conditions we call mental illness becomes a much riskier issue.  For example, when there’s problematic behavior—e.g. psychiatric symptoms—involved, who is the person bothered?  How does the problematic behavior help the person who’s expressing the behavior?  How do we avoid the risk of creating a mind-control nightmare the likes of which hasn’t been seen since the work of Dr. Ewen Cameron, recorded by Harvey Weinstein in “Psychiatry and the CIA”? (Not to seem doomsday or anything.)

To reduce the role of a behavior’s meaning is to challenge our notions of what it means to be fully human.  The risk of allowing others to control one’s behavior by manipulating devices implanted in the brain is even more challenging—and by no means do I wish to demean the positive impact of DBS, or Deep Brain Stimulation, or the other techniques involving brain implants that benefit people with medical problems

Our government has long history of asserting that its intention is one thing while covertly doing another.  Such secrecy is the nature of all hierarchies seeking to preserve themselves.  Even without a healthy dose of conspiracy theory added in, experiments with mind-altering drugs, giving people syphilis, and countless other instances of government misbehavior should raise the alarm on the well-meaning sound of fine-tuning a person’s brain to treat anxiety, depression and PTSD.

Specifically, evaluate the plusses and minuses of brain implants in light of the following:

1.       The overwhelming events, many beginning in early childhood, that are foundational in the development of anxiety and PTSD—and perhaps depression—are often accompanied by behavior that is both adaptive and problematic, and has meaning that needs to be found or made.  Simply extinguishing this behavior by changing the circuitry may eliminate the opportunity of appropriate meaning making.

2.       The risk of external control is possible, until and unless the device is a purely closed loop device that once set, has zero risk of malfunction or being adjusted by anyone—the user for a greater sense of wellbeing, the implanter for the purpose of control.

3.       The potential of capitalizing on emergent understandings of neuroplasticity is phenomenal.  We know the brain is adaptive, and it may be that anxiety, depression, and PTSD are adaptations that can be quickly and easily changed again with implanted devices.  This would reduce the time, trauma, and cost of healing.

4.       While it may reduce or eliminate symptoms, improve the wiring, no device can teach the user how to function as a person without anxiety, depression or PTSD—which is where health develops.

Promise and challenge: DARPA’s brain implant program offers both. I desperately hope that in this case, ethics keep pace with science.

– Please join me on Facebook to discuss personal and organizational trauma, healing, ethics, and innovation.

APA Reference
Power, E. (2014). DARPA Brain Implant Project: Mind Control Redux?. Psych Central. Retrieved on August 15, 2020, from https://blogs.psychcentral.com/organizations/2014/06/darpa-brain-implant-project-mind-control-redux/
Last updated: 11 Jun 2014
Statement of review: Psych Central does not review the content that appears in our blog network (blogs.psychcentral.com) prior to publication. All opinions expressed herein are exclusively those of the author alone, and do not reflect the views of the editorial staff or management of Psych Central. Published on PsychCentral.com. All rights reserved.