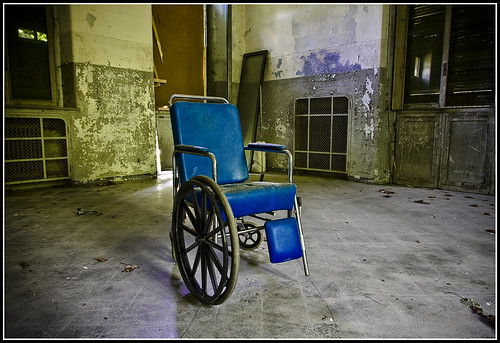 In a December 22, 2013 article for Bloomberg Opinion, psychiatrist and resident scholar at the American Enterprise Institute, Dr. Sally Satel, touts the recent Mental Health Crisis Act of 2013 (MCHA), authored by Pennsylvania Republican, Tim Murphy. In her opinion, “By focusing on  ‘recovery,’ SAMHSA  promotes only a handful of treatment programs aimed at the sickest patients.”  Instead of promoting recovery, Satel suggests what is effectively imprisonment of the mentally ill. She dresses this up with the term  “assisted outpatient treatment” (as promoted by Dr. E. Fuller Torrey), and suggests its use for the people who are too “paranoid, oblivious or lost in psychosis to self-direct their lives.” Unfortunately, this has the potential to be coercive (at best), when court action is used by concerned, frightened or angry persons to force another to take medication. And Satel wants to make the MCHA law in all states, and a prerequisite to receiving block grants.

What she fails to present, in any context, is any understanding of the role of coercion in perpetuating mental illness  (of all sorts and in all degrees).  Treatment without consent will require perpetual treatment. She also fails to present any awareness of the role of traumatic experiences in shaping people towards mental illness.  Her ideas focus on ditching recovery, mandating coercive treatment, increasing beds, and making cops more frightened of “those people”—and on funding a “laboratory” to identify more effective treatments.

Murphy and Satel’s MHCA law is a close equivalent of a holocaust for the civil rights of the many millions who take Zoloft, Prozac, Xanax, Seroquel or any other psychotropic mediation espeically if a more serious diagnosis accompanies it.  Satel’s opinion piece seems to feed making people more frightened of those with diagnoses.  There seems to be a lot of “gap filling” and some shaky if-then thinking. And, I’m pretty sure she falls prey to “The Clinician’s Illusion,” a phenomenon that inclines clinicians to pessimism.

Each example of someone with a mental illness cited in Satel’s article implicitly assigns “the characteristics and course of those patients who are currently ill to the entire population contracting the illness.”  This is a key and critical cognitive error.  While it focuses on the most terrifying events we can imagine, the number of people diagnosed—correctly or incorrectly—who commit murder by gun is exponentially lower than the people who don’t have a diagnosis who commit the same crime!  I mean, there were 14,602 homicide deaths in 2011 (FBI Uniform Crime Report), only about 10 percent of which were at the hands of someone known to be mentally ill.

If the diagnosed mentally ill represent such a small minority of murders, why focus here? What about cases of domestic violence, where men injure and murder women with great regularity, we don’t classify the men as  dangerous enough to justify coercive medication to stop their abusive behavior. We don’t coerce people suspected or accused of sexual assault to take medication (if there were such a thing) to make our communities safer.  And based on the frequency of child abuse, there’s no assisted perpetrator treatment that is used to coerce abusers to behave differerntly. And so why, I ask, do we coerce into treatment those diagnosed with mental illness?

You see, if you attribute the “characteristics and course” of those patients, assailants, abusers who are currently ill, murderous or abusive—and known to be so—to the entire population whom we know will “contract the illness” we will desperately need what the MHCA proposes and Satel promotes, namely hugely expanded in-patient and coerced outpatient treatment to put a giant, restrictive umbrella over all diagnosed.

The MHCA—and Satel—miss the point.  When we take into consideration what the extensive body of research tells us about the impact of traumatic experiences on brain development, the ability to re-regulate emotions, and to develop and maintain connections, and the work of mental health recovery in helping to correct these, coercive care makes a lot less sense. Reparative relationships, extensive opportunities to practice more effective behavior, and to be restored from traumatic experiences work.  Not coercion.

People like Dan Fisher, PhD, MD; Frederick J. Freese, PhD; Carol North, MD; Elizabeth Baxter, MD; Patricia Deegan, PhD; Ron Bassman, PhD; Al Siebert, PhD; Edward L Knight, PhD; Elyn Saks, JD; Marsha Linehan, PhD have been diagnosed at some point in time with schizophrenia or schizoaffective disorder, major mental illnesses. Yet they are doing well.  Some take medication, some do not.  There are many more like them, those of us who have had some diagnosis, and developed a more functional form of sanity. Somehow they—we– have survived and recovered from the traumatic experience of mental illness and are doing well.

The Clinician’s Illusion—and the MHCA— doesn’t accommodate these people (or the others with some other diagnosis) who are doing well.  These people have learned, chosen, and practiced enough that their behavior is acceptable, their emotional regulation and management skills are effective, and their presentation of self in everyday life is Okay. They are safe, reasonable, functioning people.  That’s recovery.  Why aren’t we studying these positive deviants for their secrets to success as they perceive them?

Again, in Satel’s criticism of SAMHSA, she writes that it, “promotes only a handful of treatment programs aimed at the sickest patients” by promoting recovery.  But instead of incorrigible risks, SAMHSA includes “the sickest patients” as people in need of recovery, using an.  incidence based sample that is more likely to be a little more reality based. It sees people diagnosed with mental illness as people — and not simply as security risks.

Then again, who seeks out the people who have been labeled the “sickest patients” who’ve gotten better?  And if you happen to be one of those who has been “sick” what’s the price of speaking up?  Where is the voice of the positive deviants who have recovered?

The MHCA seems to see the mentally ill as people who can’t be trusted, can’t learn, have to be “treated,” are unreliable and dangerous.  They can’t possibly “get better” unless some great social control effort is put in place by people who benefit from the effort, unable to shake the Clinician’s Illusion or look for the positive deviants.

– Please join me on Facebook to discuss personal and organizational trauma, healing, ethics, and innovation.

APA Reference
Power, E. (2014). The Dangers of Coercive Mental Health Care. Psych Central. Retrieved on April 2, 2020, from https://blogs.psychcentral.com/organizations/2014/01/the-dangers-of-coercive-mental-health-care/
Last updated: 9 Jan 2014
Statement of review: Psych Central does not review the content that appears in our blog network (blogs.psychcentral.com) prior to publication. All opinions expressed herein are exclusively those of the author alone, and do not reflect the views of the editorial staff or management of Psych Central. Published on PsychCentral.com. All rights reserved.

The Disturbing Side of Social Media's Response to COVID-19

3 Steps to Distinguish Between a Panic Attack and Coronavirus, Part 1 of 2