“They Are A Part Of Who I Am:” A Reader’s Experience With Meds

A reader, whom I'll call ES, has generously provided the following account of her experience with antipsychotic drugs, starting when she was 13. I think she provides a very nuanced perspective.

Tell Me Your Stories About Taking Medication!

This is a blog about young people's experiences with medications, and I'm always looking to broaden the scope of stories I tell.
I've really appreciated people sharing their personal experiences in the comments section, but if anyone would like to elaborate in a guest post, or by getting in touch with me and then having me write up a short account of their experience, please get in touch in the comments section and we can go from there.
Full names aren't necessary for those concerned about confidentiality.
I am particularly interested in hearing from those who began taking medication as children or teens. You can highlight any aspect of the experience that stands out to you, but here are a few ideas to get you thinking. You don't have to address all of them!

1) How did you start taking medication in the first place? At the time, did you think you needed medication?
Continue Reading

How Do You Know If You Still Need Meds?

In my last post, I asked what it means for your "illness identity" when you take a medication that manages your psychiatric problems so that they go away or are no longer problematic. "Does a formerly "severe" mental illness become "mild" or "moderate"?" I asked "Does it disappear entirely?"

It's often said that these disorders can't be cured - they can just be managed. Medications are one way of managing them. But the fact is, few people like taking psychiatric drugs. They have unpleasant side effects, they get us deemed "weak" or make us feel like we're leaning on a crutch, they even change our identity and sense of self.

Therefore, we need a reason to keep taking what we've been prescribed. A diagnosis and, more specifically, the presence of troubling symptoms, serve as the justification. The irony, though, is that once these troubling symptoms go away, it's hard to see why the drugs are still warranted.

With Mental Illness, ‘Serious’ Is A Slippery Term


When the federal government released an important compendium of mental health data this week, the headlines proclaimed that 1 in 5 Americans over 18 had a diagnosable mental illness in the past year, and 1 in 20 had a "serious mental illness."

But what does "serious mental illness" mean, anyway, and what are its connotations and implications when it comes to treatment? It's a question worth asking, because it's used differently in different contexts.

Why the Stimulant Meds Shortage is so Anxiety-Inducing


What do you do when the drugstore is out of your medication refills? Well, if you've remembered to refill before you've run out entirely, it's usually no big deal - you can wait or go elsewhere.

The problems come when the drug is a) a controlled substance and b) the powers that be have controlled availability of the active ingredient a little too zealously, so that it's in short supply, even for the pharmacies. This is the problem causing millions of people a lot of angst as they try to procure their stimulant drugs for ADHD in the face of a continuing national shortage.

Are Meds in the Eye of the Beholder?


When I first started writing about psychiatric meds, I thought there was a simple dichotomy between the drugs people took for psychiatric conditions, and the drugs they took for physical problems.

I'm curious to know, then: How does this affect people's views of psychiatric meds? Is a drug more or less acceptable when employed for a mental condition than for a bodily one?

A Child of the SSRI Age Goes Old-School

In an age of unscrupulous social-media-mediated personal revelations, I'm not particularly big on self-sharing. So I try to write about myself only when I think it adds to the discussion.

I wish it weren't, but today is one of those days. After more than a decade of taking newer antidepressants for depression and anxiety, I've begun taking a drug developed before I was born - the tricyclic antidepressant nortriptaline, or Pamelor.

I'm doing this not for mood issues, but because I've been suffering from chronic migraines for nine months, and a litany of other drugs have done nothing to prevent them. But my decision to substitute Pamelor for Prozac - my doctors didn't want me taking both, in addition to Wellbutrin, my other antidepressant - is significant because I'm a child of the SSRI era who had a miracle turnaround when I first began Prozac over a decade ago.

If weren't for the headaches, you can bet I wouldn't go anywhere near a tricyclic. The SSRIs and their  cousins, the SNRI antidepressants, of which Wellbutrin is one, have worked too well, and the rumored side effects of the tricyclics have scared me off.

This is the second time that the migraines have induced me to do what neither intense anxiety or unrelenting depression could: get me to try a psychotropic I was otherwise opposed to trying.
Continue Reading 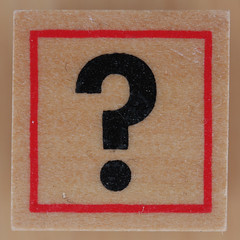 Once you start following the debate about young people and psychotropic drugs, you see the word "overmedicated" bandied around a lot.
I've argued before that deeming kids overmedicated without saying what constitutes properly medicated doesn't make a lot of sense. Still, at least we have some idea of approximately what percentage of kids in the United States - and, to a lesser extent, in other countries - take various kinds of psychiatric meds. What we don't know is how long the kids continue to take these medications.

This is a frustrating knowledge gap if, like me, you're interested in the long-term "psychosocial" effects of taking meds - that is, how the experience shapes kids' outlooks and identities.

What Medication Feels Like to Kids: When In Doubt, Ask

A reader raised an interesting point regarding my previous post about what kids reveal to their parents about suicidal urges - and what parents are willing to accept.

I had written that I can only imagine how painful it must be to acknowledge that a child one has "created and raised with such effort and sacrifice" wants to die. The reader called me out, saying that the real problem was a parent adopting this put-upon attitude.

Such an approach to child-rearing would send the child careening into depression, she argued. 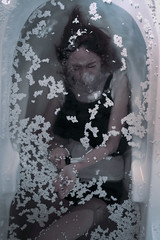 It seems like a fitting bookend to follow my last post, which discussed a documentary about a teen who killed himself a few months after he went off his mood stabilizers, with one about a documentary suggesting that meds - not the lack of them - are to blame for suicidal thoughts and actions.

The film Prescription: Suicide?, which a medication-critical reader was kind enough to send me, profiles families whose children killed themselves or experienced suicidal thoughts after they began taking SSRI antidepressants.