Find help or get online counseling now
advertisement
Home » Blogs » My Meds, My Self » Taking Meds, Being Judged 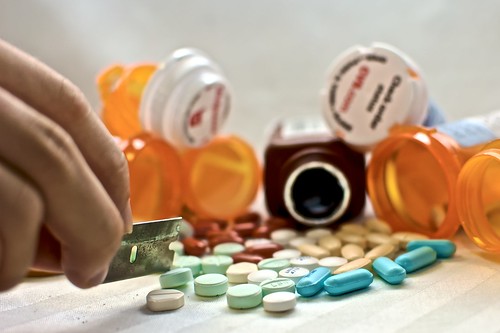 With all the attention on the misuse of psychiatric drugs, I think it’s worth taking a look at how the increased scrutiny affects people who have a diagnosis and a legitimate prescription.

I don’t mean to suggest that just because someone has been diagnosed and a doctor has seen fit to prescribe her medication that she necessarily needs the meds – or even that she “should” be on them. Plenty of people have unjustified diagnoses and unneeded prescriptions.

But for those who do benefit from treatment, you’ve got to wonder how all the media attention affects their experience.

A number of young adults I interviewed for my book on growing up on psychiatric medication said they sometimes – or even often – felt guilty about taking meds. They weren’t sure they were troubled enough to “deserve” them.

People of any age can feel this way. But if you’ve spent years and years suffering and being impaired by your condition before finally getting medication, I suspect you’re probably more likely to feel justified in your usage. The younger you begin medication, though, the lesser the chance you remember yourself clearly before the treatment – and the more reason you have to suspect that you may have outgrown your old problems and, therefore, doubt your need for continuing treatment.

Also, young people (young adults more than teens, actually) are the group most likely to abuse and misuse prescription drugs. Thus, I’d argue that they are under particular scrutiny, both from doctors who are on the alert for misuse, and more generally from society at large, which has read and heard the many statistics and the stories about prescription drug abuse.

Some people I interviewed who did question whether they “deserved” medications, attributed their attitude to this sense of being judged by the rest of society. This so-called “pharmaceutical Calvinism” is a strain of anti-medication thinking that holds that meds are a quick, lazy fix, or, worse, an unfair and unneeded advantage.

People taking all kinds of psychiatric medications can feel guilty about relying on a “crutch” to function. But I think the feelings are heightened when you take a drug that is frequently misused and abused, especially by your peers.

Thus, young people who take stimulants such as Ritalin or Adderall for ADHD, frequently used as “performance enhancers” or “study drugs,” find themselves under scrutiny about whether the medications are justified. So do those who take stimulants to counteract the side effects – such as drowsiness or dampened libido – that result from taking other psychiatric medications.

Of course, for all the people who feel guilty or somehow unworthy of taking stimulants or other drugs of potential abuse, there are others who feel quite justified about their prescriptions.

This is true for me and benzodiazepines, anti-anxiety medications that include Xanax and Klonopin. Although I am aware of the drugs’ addictive potential, it bothers me that people misuse benzos, especially when they do so casually, for run-of-the-mill anxiety that could be better dealt with through lifestyle changes. Such casual use causes society at large to look suspiciously at everyone who takes them, even those of us who do sometimes really need them.

I wrote about this issue over at Huffington Post a little while back, in response to a New York magazine article that seemed to take a laissez-faire attitude toward casual benzo use.

The reason I object to casual or unnecessary use of mediations like benzos and stimulants isn’t so much because I myself disapprove for, say, ethical reasons; it’s because other people do.

Critics often cast a wide net when indicting those who use prescription psychotropics, not distinguishing between people whose functioning is significantly impaired without medication and those for whom medication is simply a convenient way of smoothing bumps in the road.

When some people misuse and abuse prescription psychiatric drugs, therefore, everyone’s use is cast under suspicion.

Still, it’s not always easy to make distinctions between legitimate and non-legitimate users. There are people who take their medications as prescribed but who also abuse them, for example.

What do you think? Does other people’s casual use of psychiatric meds make those who need them vulnerable to unfair criticism? Or do so many people take meds unncessarily that the criticism and extra scrutiny is justified?

Should having a prescription for a medication be reason enough sanction someone’s usage? Or are doctors so script-happy that a prescription means very little?

And should we judge different age groups differently? Are we-or doctors who prescribe medication-right to scrutinize young people’s medication usage because they belong to the age group most likely to abuse the drugs?

APA Reference
Bell Barnett, K. (2019). Taking Meds, Being Judged. Psych Central. Retrieved on July 14, 2020, from https://blogs.psychcentral.com/my-meds/2012/08/taking-meds-being-judged/
Last updated: 27 Mar 2019
Statement of review: Psych Central does not review the content that appears in our blog network (blogs.psychcentral.com) prior to publication. All opinions expressed herein are exclusively those of the author alone, and do not reflect the views of the editorial staff or management of Psych Central. Published on PsychCentral.com. All rights reserved.