Exploring the Empty Nest in “The Kids Grow Up” 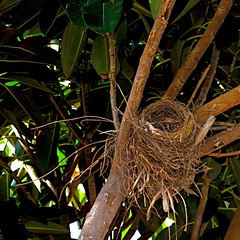 Like many good films, books or conversations, independent filmmaker Doug Block’s The Kids Grow Up can stimulate our own self-inquiry, leading us to ask ourselves questions about where we are with the topic presented. More than supplying answers, these kinds of works elicit personal examination, much as Block did in his excellent documentary, 51 Birch Street, examining his parents’ marriage.

In The Kids Grow Up, he provides an interesting road map of the terrain of one of mid-life’s milestones: when our kids leave home. One of the many questions this film poses is what our lives as parents are going to be like after this bittersweet passage.

The movie chronicles the last year of high school of his daughter, Lucy, while continually cutting in footage of her childhood. Block begins his narration with the statement: “You can get all sorts of help for raising a child but nothing prepares you for letting her go.”

Block says he’s traumatized by the prospect of Lucy leaving home, but that he’s trying to be stoic. His wife, Marjorie, says, “What’s the trauma? What will life be like without any kids in the house? What will fill the vacuum? Is it mostly about missing Lucy or about what the rest of your life is going to be?” He tries “to imagine a carefree future, without parental responsibility,” adding that it “sounds good in theory.”

Asking his father, Mike, what it was like for him when his kids left home, he replies, “It was hell, a major step in life. Suddenly you’re free and faced with your own life… ” [As poet Mary Oliver wrote, “Tell me, what is it you plan to do / with your one wild and precious life?”]

At this point in our lives, there is an opening to ask ourselves certain personally pertinent questions. Some of the questions this film brought up for me were not the ones Doug was asking, and some were.

To what extent do we unconsciously fill our lives with our kids or hide our problems with our spouses behind the children? Children and parenting can act as a smokescreen; the absence of the children in the household can lay bare what has been fundamentally going on all along individually or in the couple.

Do we need to make new meaning in our lives and how do we do that? Once our roles have changed (no longer as a parent in the same way we have been) we may find ourselves in a free fall in terms of our sense of who we are, for instance “Who am I if I am not a mother?” This question asks us to dig deeper, perhaps to bring to life certain parts of ourselves which have never been explored before.

Do we need to come to terms with our existential loneliness? Beyond personal psychology, there is the reality that we are born alone and die alone. With our children growing up, we can also be hit with the realization that we too are growing older and we have less psychological buffer from the reality that we are going to die. Some people find spiritual, emotional or philosophical resolutions to these issues.

Have we psychologically ever left our own parental home? If we look back at our own adolescence and coming of age, we may see we have never fully “left home.” We may have moved straight from our own parents’ home to our marital home, perhaps bypassing certain stages of our own autonomy. Our children leaving may trigger responses about our own unresolved issues.

What can we learn from our own parents? What might be “too little” parenting and what might be “too much”? One of the things Block does is to go back to his relationship with his own father (his mother is deceased). Both father and son admit they weren’t ever able to talk to one another. Marjorie says that he’s different than his father; he went the opposite direction, playing the clown versus the “father who knows everything.” She says he’s been “more of a buddy to Lucy but there’s a cost – Peter Pan complex, you don’t want to grow up.” And, indeed, we see Block’s completely different approach, not only in his desire to have conversations with his daughter but to film them.

Mike says, “My role as a parent was moderate. I was a lousy father. I could have been more involved. I buried myself in work… I recognize that our mold is cast. We all unconsciously pick up from our parents the way to behave and react.” Block says he wanted to be a really different parent than his father had been.

In one of my talks on Coming of Age, a participant recognized he was strict with his children in the same way his parents had been strict with him and over the same exact issues. Another participant reflected the opposite: he was completely laissez-faire with his own children for the behaviors which he had been punished for. The first father was unconsciously repeating the pattern set down in his childhood; the second unconsciously rebelled and went in the other direction, a flip-flop of values and behaviors. Both realized they could do with some reevaluating of their reactions and see if they were acting in accord with their own actual principles, and if some middle ground would be more appropriate.

How do we become separate and at the same time stay connected? Many people focus on the child separating, but it seems equally relevant that the parent deal with his or her own issues and difficulties with separation. Part of the challenge is to keep close but not too close, or not in the same way as before.

How do we let ourselves mourn the end of the old relationship so that the new one can be formed? The film shows Marjorie going through a major depression around Lucy’s transition. Our society has a hard time not making depression pathological instead of a sometimes natural process of being human.

How do we transition from a parent-child relationship to an adult-adult relationship with our children? At the end of the film, Block narrates over footage of him and Lucy, with no sound. He sees “two grown-ups having a great conversation, one of many to come in the years ahead,” signaling a new level of acceptance of how things will be.

If you are a person facing an empty nest, what are your pertinent questions? What possible self-understanding is this transition asking of you?

Exploring the Empty Nest in “The Kids Grow Up”
Tweet 0

APA Reference
Estes, M. (2011). Exploring the Empty Nest in “The Kids Grow Up”. Psych Central. Retrieved on August 6, 2020, from https://blogs.psychcentral.com/movies/2011/08/exploring-the-empty-nest-in-%e2%80%9cthe-kids-grow-up%e2%80%9d/
Last updated: 28 Aug 2011
Statement of review: Psych Central does not review the content that appears in our blog network (blogs.psychcentral.com) prior to publication. All opinions expressed herein are exclusively those of the author alone, and do not reflect the views of the editorial staff or management of Psych Central. Published on PsychCentral.com. All rights reserved.