Exploring Relationship in “A Walk on the Moon” 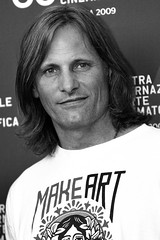 Even though this film was made in 1999, and took place in 1969, many of the themes covered in A Walk on the Moon are still relevant for some women and some relationships today. Set in the 60’s, a time of change, this film poses questions of unlived lives, longing, sacrifice, duty, and choice. Our characters grieve for what cannot be, explore new territory, and experience initiations. Pearl (Diane Lane) is our heroine, and Marty (Liev Schreiber) is her husband. They got married when Marty got Pearl pregnant at 17.

Both of them have their share of unlived life. Teen-aged Marty’s boss at the time would have paid for his college education had he not impregnated Pearl. Marty’s dream was to be an engineer and instead he ended up working in a TV repair shop. Womens’ dreams in this era were much more circumscribed, so that Pearl ended up with a nameless longing for something more out of life.

On their yearly summer vacation, at a Jewish camp in upstate New York, Pearl meets Walker, the “Blouse Man” (Viggo Mortensen), a hippie who comes to the camp selling women’s clothing and accessories. Right away, we see that there is chemistry between the Blouse Man and Pearl. We can see his diplomacy, sensitivity, and generosity in dealing with two ladies fighting over one blouse. We find out these qualities are genuine as we get to know him better.

In talking with her girlfriend, Pearl says that she’s always doing the same things, feels trapped by and stuck in her life. She’s envious of her friend who doesn’t have children. She says, “I try to picture my life if I hadn’t had Allison so young – sometimes I wish I was a whole other person.” Part of the task of life is to bow to our fate and grow into our destiny. That is what Pearl is trying to do at an unconscious level. There is a subtle difference between making the best of something and making the most of something. Ultimately, what Pearl will do is the latter; not just making the “best” of a “bad” situation, but making the most out of her givens.

Pearl starts an affair and explores completely new territory with Walker. She takes risks, smokes pot, awakens sexually and feels alive. He is bringing all this out in her, which Marty, for all his goodness, could not do.

Marty, in a rage, tries to take the children in the middle of the night. He shouts at Pearl, “You wanna be free? No kids, no family, no husband. Be free…You stay and be a whore.” Here is a dilemma in most long-term marriages: how to keep one’s sense of being an individual, having agency and living up to the responsibilities of family life.

Pearl and Marty talk on the patio:
Pearl: It wasn’t you, Marty, it was me. There are things I wanted to do
with my life. I don’t even remember what some of them were. Somewhere along the line, I disappeared – I stopped being the person you fell in love with and I wanted to be that way again with you. But I couldn’t.

Marty: I wanted things too, Pearl. You think I like fixing TV’s? You think I said that’s what I wanted to do when I grew up? Who knows what I could’ve been had I gone to college? But I was okay because I had the most important thing right. I had you. Now I don’t. I still have one question. Who stopped you from doing these things?

Pearl: It’s not that simple. I tried, I didn’t find the right words. You didn’t hear me. You made jokes.

Marty: I’m a bad listener. Not such a good talker either. But who stopped you?

They are both “right.” In her time and culture, there weren’t many opportunities for a woman in the role of housewife. But somehow he is returning the responsibility and the agency to her, and we get the feeling that if they stay together, she will be able to explore some of her dreams.

Pearl decides not to leave her marriage and sends Marty a microscope to remind him of his sacrifice and his dream. He joins her on the patio in the vacation cottage. He begins with a joke, but a meaningful one about marriage. She asks him to dance with her and changes the station from modern to old music. He then changes the station to Jimi Hendrix. They are ready to enter into a new stage of their relationship, with a higher degree of awareness and possibility.

Exploring Relationship in “A Walk on the Moon”
Tweet 0

APA Reference
Estes, M. (2011). Exploring Relationship in “A Walk on the Moon”. Psych Central. Retrieved on August 4, 2020, from https://blogs.psychcentral.com/movies/2011/08/exploring-relationship-in-a-walk-on-the-moon/
Last updated: 14 Aug 2011
Statement of review: Psych Central does not review the content that appears in our blog network (blogs.psychcentral.com) prior to publication. All opinions expressed herein are exclusively those of the author alone, and do not reflect the views of the editorial staff or management of Psych Central. Published on PsychCentral.com. All rights reserved.