Some of us tend to romanticize babies, but we can see when they’re frustrated they get angry and can bite, hit, throw a tantrum or simply take what they want. They need to be taught not to do those things and to be considerate of others; in other words, to be socialized. Through being socialized, we come to think of certain traits as bad, primitive, and even taboo: greediness, gluttony, lust, wanting, selfishness, impulsivity, overindulgence, appetite, desire, anger. As “untamed” children, many of these aspects were civilized out of us. We had to learn “manners.” We learn to behave ourselves and accommodate to the external reality. In the film "Wolf" we get to look at instincts and civilization.
Read more

The Shadow is whatever is unconscious, repressed, unlived or hidden in our psyches. One of the purposes of depth psychology is to “bring to light” these aspects of ourselves so that we can digest and integrate them, and so become “whole.” The film, “Man on the Train” (French, 2002), illustrates the aspect of Shadow centered around the unlived life.
Read more

‘Mildred Pierce’ (HBO): How to Make a Monster (Part Two)

A look at the role of separation and merger issues between mother and daughter in the HBO mini-series 'Mildred Pierce' starring Kate Winslet, Evan Rachel Wood and Guy Pearce.
Read more

‘Mildred Pierce’ (HBO): How to Make a Monster (Part One)

The new HBO mini-series 'Mildred Pierce,' starring Kate Winslet in the title role, gives us a much more nuanced and psychologically accurate portrait of a troubled mother-daughter relationship than the classic 1945 version with Joan Crawford; it shows how 'bad seeds' like Veda Pierce are made and not born.
Read more

In light of the film "Proof", it’s interesting to ask ourselves how we have might be haunted by our own parental legacies. The idea of “the apple doesn’t fall far from the tree” can contain a mixture of pride and dread. It’s up to us, as we grow psychologically into adulthood, to discern what is truly ours and what we are carrying for others.
Read more

Self-Abnegating Love in ‘The War of the Roses’

A discussion of the perils of self-abnegating love as portrayed in The War of the Roses (1989) starring Michael Douglas, Kathleen Turner and Danny Devito.
Read more

In America: The Many Faces of Grief

In the film, "In America," (2002) we get to explore the many faces of grief by members of an Irish family in New York: numbing, denial, rage, magical thinking and, finally, acceptance
Read more

The film 'Limitless' (2010) with Bradley Cooper, Abbie Cornish and Robert DeNiro, begins with a revealing portrayal of shame and self-loathing in depression, followed by the manic escape into omnipotence of thought that characterizes bipolar disorder, but winds up as a bland thriller and a familiar cautionary tale about the dangers of drug addiction.
Read more

A Look at Women’s Arc of Transformation Through Three Films: Woody Allen’s “Alice” 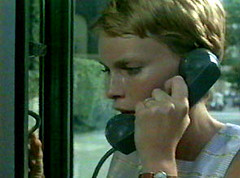 PART III (of 3 parts)
Our third film, Woody Allen’s Alice, made in 1990, stars Mia Farrow. Unlike Darling or Madame Bovary,

Study Suggests People With ADHD More Likely to Get COVID-19