Moving Through the 5 Stages of Breakup Grief 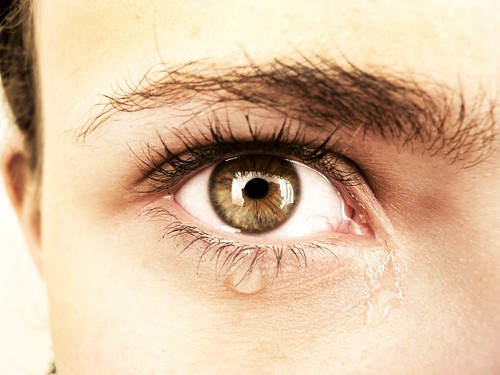 Elizabeth Kubler-Ross, MD, in her groundbreaking book On Death and Dying (1969), outlined the phases of grieving experienced when one learns that they are dying. Her stages have since been aptly used to describe the process of grieving the death of a loved one. Similar is true when grieving the end of a relationship. Following are Dr. Kubler-Ross’ stages of grieving applied to a breakup. (The pronouns he and she can be used interchangeably.)

In this phase our heart rather than our head rules our belief system as we try to adjust to the idea of life without the person we’re losing. Even though we know the relationship is over, we really don’t believe it.  Against the better judgment of everyone around us, we can’t help but entertain fantasies of things somehow working out. We see hidden glimmers of hope buried in clear indications that it’s over.  Yes, this is the phase where we are most susceptible to late night texting.

Anger can manifest in many different ways – anger at your ex (“How could he do this to me? Why can’t she stop being selfish?”), anger at God or the universe (“Why can’t anything ever work out for me? Why am I cursed?”), anger at people or situations associated with the break-up (anger at the other woman; anger that your partner lost her job, because that is when she “changed”), and anger at other people who don’t agree or stand with your anger (“Can you believe George and Jane still want to be friends with him after what he did to me?”). This is the phase where we think it’s a great idea to tell anyone and everyone what a psycho-crazy vixen our ex was. This is also when we think it’s crucial to send our ex hateful emails because we don’t want him thinking he got away with anything.

Bargaining often goes hand in hand with denial. Bargaining can be looking for any possible way to make the relationship work through negotiation, threats, and/or magic – for example, telling your ex that you will change, or move or go to therapy, or telling him he is hurting the children, his family, your family, and the dog by leaving. And, of course, this phase is not only limited to bargaining with your ex.  Many people bargain with The Powers That Be, promising to be a better person if only the ex will come back.  During this stage, you may take a new interest in astrology, tarot cards or any type of voodoo that will forecast a reunion.  This is also when we attempt to enlist all friends and family to “talk some sense” into him.

Depression, like anger, also surfaces in many different forms, for example feeling tired all the time, not wanting to do anything but lay in bed, feeling disconnected from people even when you’re with them, being on the verge of tears most of the time, trouble sleeping or sleeping too much, loss of appetite or overeating, increase in drug or alcohol use and (the big one) hopelessness.  Hopelessness is the most pervasive and debilitating, It is the thing that leads us to believe that nothing will ever be or feel different than it is right now. Hopelessness makes it feel like you will never move on and that nothing will ever work out for you in the future.

Finally, this is the phase in which we are able to make peace with the loss. It doesn’t always come on suddenly; it often happens gradually, little bit by little bit,  interspersed with some of the other phases. Acceptance doesn’t always involve harmony and flowers – there is almost certain to be lingering sadness.  Acceptance entails making peace with the loss, letting go of the relationship and slowly moving forward with your life. Sometimes it feels like this phase will never come, which usually means you’re still struggling in an earlier phase.

Knowing your phases of grief can help normalize your break-up experience. It’s also important to know that there are no time limits and no rushing the process. Grieving is like digestion: there is nothing you can do to hurry it along. It takes time and the only thing you can do is try to get through it. But take heart in the fact that this, like everything else, will eventually pass.

Moving Through the 5 Stages of Breakup Grief

Dr. Jennifer Kromberg is a licensed clinical psychologist in the state of California. She has been in private practice since 2001 and sees a range of patients for a variety of issues. She has also worked in depth with eating disorders and the loved ones of those with eating disorders. Because of this experience, Dr. Kromberg has worked extensively with women, couples and families, which has led to her passion for writing about women’s issues, especially in the context of relationships. She also serves as a consultant to the Torrance Memorial Medical Center’s Medical Stabilization Program for eating disorders. Dr. Kromberg has a private practice in Torrance, CA.

APA Reference
Kromberg, D. (2013). Moving Through the 5 Stages of Breakup Grief. Psych Central. Retrieved on January 21, 2020, from https://blogs.psychcentral.com/inside-out/2013/09/moving-through-the-5-stages-of-breakup-grief/
Last updated: 11 Sep 2013
Statement of review: Psych Central does not review the content that appears in our blog network (blogs.psychcentral.com) prior to publication. All opinions expressed herein are exclusively those of the author alone, and do not reflect the views of the editorial staff or management of Psych Central. Published on PsychCentral.com. All rights reserved.