A fellow peer helped me with the idea to draw this cartoon around “eek-ak.” The joke..a Brain-ee-ack. I want to give special THANKS to my peer who goes by the handle Peahen8 for Brainstorming with me for a funny idea for another cartoon for Brain Awareness Week!
Once I had the punch line, drawing the cartoon was a bit tricky. With a few sketches I plotted out the joke, but one character seemed to be insulting the other. So that’s when Eeyore jumped into my head and door-to-door self-deprecation.
🛑

❤❤❤❤❤
This cartoon is really about Bipolar Disorder without coming directly out and saying so.  You can see the symptoms, with one side up and down, but in the upside down is still down and in the down side is up. (Confusing?)
No, I am not saying IF you are a “Brainiac” you must live with Bipolar Disorder. Rather, many peers living with Bipolar Disorder have some amazingly wonderful, awesomely ideas that we start and may never finish them all. It is an inside joke to my fellow peers, like me, living with Bipolar Disorder (and their loved ones/caregivers) who star tons of projects, but have bigger and better ones to do before that one is done. Normally, while going through a full on manic or hypomanic state.
Here at Psych Central we have so many excellent resources regarding Bipolar Disorder, here are some of my favorites:

Bipolar disorder (“manic depression”) is a mental disorder that is characterized by constantly changing moods between depression and mania.

Bipolar Test: Do You Have Bipolar Disorder? | Psych Central

Discover if your symptoms are similar to those for bipolar disorder, also known as manic depression. This scientific quiz provides instant results.

Bipolar disorder can be effectively treated with medication and psychotherapy. With proper treatment, individuals with bipolar can lead fulfilling, productive.

Who Gets Bipolar Disorder? | Psych Central

Bipolar disorder affects about 2 million people in the United States in any given year. Both men and women are affected at the same rate. 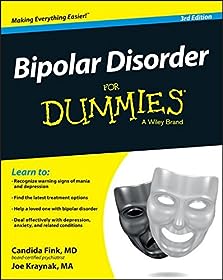 Candida Fink, M.D. and Joe Kraynak are authors of Bipolar Disorder for Dummies.

Happy Brain Awareness Week! 675+ events are on the #brainweek calendar. Find one near you: https://t.co/CdCBStEfLj pic.twitter.com/GgC5E2j7xG

Chato Stewart has a mission, to draw and use humor as a positive tool to live, to cope with the debilitating effects symptoms of mental illness. Chato Stewart is a Mental Health Hero and Advocate. Recovery Peer Specialist board-certified in Florida. Chato is the artist behind the cartoons series Mental Health Humor, Over-Medicated, and The Family Stew - seen here in his blog posts. The cartoons are drawn from his personal experience of living with bipolar disorder (and other labels). [email protected]

APA Reference
Stewart, C. (2017). Brain Awareness Week: Brain EE-ACK #brainweek. Psych Central. Retrieved on August 14, 2020, from https://blogs.psychcentral.com/humor/2017/03/brainawarenessweek05/
Last updated: 18 Mar 2017
Statement of review: Psych Central does not review the content that appears in our blog network (blogs.psychcentral.com) prior to publication. All opinions expressed herein are exclusively those of the author alone, and do not reflect the views of the editorial staff or management of Psych Central. Published on PsychCentral.com. All rights reserved.

10 Ways to Deal with Distressing Thoughts