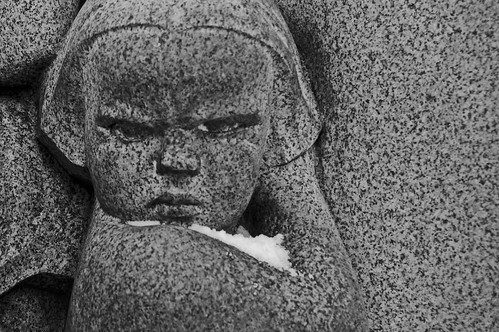 Anger is a difficult emotion. Sometimes even mental health professionals don’t know what to do with it. Is it ok to let a person just vent? Or work towards suppressing it? Are there better ways to manage anger?

Donald Trump has long tapped into using anger as a means to get votes. “I will gladly accept the mantle of anger”, he said in the most recent Republican debate, and the way it is phrased somehow makes it sound noble.

The most unproductive way to look at anger is blame. It’s other people – the government, immigrants, refugees – who are at fault for our economic and financial woes. It’s the Chinese, the Europeans, the Mexicans who are responsible.

Pointing the finger at others fuels more anger, because there is little we can do about other people. Most of the time, we are not in control of what they do. And that makes it even more infuriating. Blaming others is the most certain way to get caught up in an obsessive spiral of rage and fear.

We can’t control others. All we can do is look at ourselves.

So why is it that we are so angry? The anger behind the surge in discontent is loss. Loss of control. Loss of privilege. Loss of security. Loss of a sense of fairness, of opportunity, financial stability, of a certain and predictable future.

What’s underneath the “mantle of anger” is pain. Sadness about all the losses we have to endure every day. Fear of what there is to come. Shame about our own failures.

Nobody wants to feel pain. We rather get mad.

Rage is maybe the most common form of self protection. It’s a shield that prevents us from feeling crappy. It’s a lot more empowering, even fun, to get angry at someone else than to dissolve into a heap of tears. It makes us feel more in control, like we have a sense of agency.

So rather than helping us to accept the losses we have to endure, and find solutions to the problems that really can be fixed, our presidential candidates – first and foremost Donald Trump – choose to keep us stuck in a spiral of hatred, blame and anger.

It is the most unenlightened way to deal – or rather not deal with the challenges we are facing.

Of course, there is also righteous anger. When injustice is being done, and all reasoning falls on deaf ears. Righteous anger has a place in the public discourse in order to draw attention to what is wrong. Once attention is gained, the only way forward is to let go of destructive emotions and come up with solutions.

We have yet to reach this point.

APA Reference
Schoen, G. (2016). Donald Trump’s Unenlightened Embrace of Anger Or How To Deal With Rage Productively. Psych Central. Retrieved on April 2, 2020, from https://blogs.psychcentral.com/gentle-self/2016/01/donald-trumps-unenlightened-embrace-of-anger-or-how-to-deal-with-rage-productively/
Last updated: 29 Jan 2016
Statement of review: Psych Central does not review the content that appears in our blog network (blogs.psychcentral.com) prior to publication. All opinions expressed herein are exclusively those of the author alone, and do not reflect the views of the editorial staff or management of Psych Central. Published on PsychCentral.com. All rights reserved.