Colored Lights Will Lift Your Mood 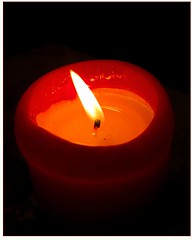 We’ve long known that soft candle light generally triggers a gentler mood, and grey skies can make us more gloomy. Some people tend to be depressed in the winter, when the sun sets early.

The same dynamic takes place inside our homes and offices. The artificial light that comes from the ceiling or floor lamp will have an impact on us. Especially the harsh light of fluorescent bulbs creates a cold, stark atmosphere.

Researchers at the German Fraunhofer Institute are now testing what kind of moods are associated with colored lighting. They found out that red light has more of a relaxing effect that will make us want to lie down or go to sleep. It’s the same red tones that appear on the sky at sunset. For our hunter and gatherer ancestors who lived mostly outdoors this was the signal to retire into a sheltered space.

In contrast, blueish light will wake us up, make us more alive and increases the drive to move. Yellow is said to increase concentration.

Research concludes that when workers in an office were forced to work in a space without windows, their levels of tiredness were much higher than of those who were exposed to daylight. The researchers then created a virtual ceiling with blue light and moving clouds, and the effect was immediate: the test subjects reported a significantly lessened decrease in well-being when exposed to the virtual sky.

Human beings are not made to be exposed to artificial light all day long. Exposed to TV screens and computers, our internal clock gets thrown off, and sleep disturbances are on the rise. “We’ve lived and worked outdoors for almost 200,000 years” says Oliver Stefani, light researcher at the Fraunhofer Institute. Exposure to light at night has been linked to depression, learning issues and sleeplessness.

A number of companies are beginning to tap into the market and are offering colored LED light bulbs that can be set to any mood, and even simulate the colors of the sunrise in the morning to wake you up gently. New technology makes it possible to control the settings of your home via your smart phone before you even arrive at your house.

Maybe all that is needed to fight sleeplessness is expose you to the colors of the evening sky.

Colored Lights Will Lift Your Mood

APA Reference
Schoen, G. (2012). Colored Lights Will Lift Your Mood. Psych Central. Retrieved on June 3, 2020, from https://blogs.psychcentral.com/gentle-self/2012/12/colored-lights-will-lift-your-mood/
Last updated: 28 Dec 2012
Statement of review: Psych Central does not review the content that appears in our blog network (blogs.psychcentral.com) prior to publication. All opinions expressed herein are exclusively those of the author alone, and do not reflect the views of the editorial staff or management of Psych Central. Published on PsychCentral.com. All rights reserved.

What Dr. King Understood About Rage, Riots, and the Trauma of the Unheard