Exercise Instead of Medication 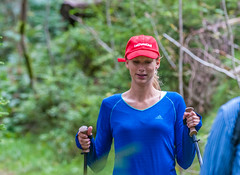 Exercise can be just as effective against depression as medication, especially in mild to moderate cases. Study after study has come to this conclusion, and it can even help with major depression and to prevent reoccurring episodes of it.

Many alternative health professionals talk about how “food is medicine;” now, the corresponding view is “exercise is medicine.” A recent news item claiming that exercise is more crucial in managing diabetes than food, is an example of this new viewpoint.

Having a stronger body increases overall well-being, even in people with low self esteem. Body and mind cannot be seen separately – an insight that athletes back in ancient Greece were well aware off.

Of course, it’s difficult to motivate yourself to move when you are depressed. It’s important to find an activity that suits the pace you are comfortable with. If walking is all you can do, then walking it is (especially when done in nature). If dancing feels possible, do that. If you like Yoga, great.

You don’t have to hit the gym. Find something that appeals to you. Being active on a regular basis (say two or three times a week) is much more beneficial than doing something strenuous once in a while.

If you can avoid medication and exercise regularly instead, even better. Drugs can have serious negative side effects, especially when taken over a long period of time. Some studies even suggest that antidepressants can lead to chronic depression.

This phenomenon seems to occur in many people, who had an initial positive response to SSRIs, then stayed on the drugs, relapsed and became treatment-resistant. This is when the depression may become permanent.

Other cautionary tales include that psychiatric drugs have led to impairment in brain development in animal studies. Robert Whitaker, author of “Anatomy of an Epidemic: Magic Bullets, Psychiatric Drugs and the Astonishing Rise of Mental Illness”, points out that the widely believed theory of chemical imbalances in the brain had turned out to be false.

It is undeniable that drugs have helped and still help countless people, especially with severe mental illness. It’s equally undeniable that many people take medication that is unneeded and may turn out to be harmful.

Everybody has to evaluate their individual situation very carefully. Take control of your treatment and inform yourself of the pros and cons of it.

There is no one treatment that fits all. Ultimately, you are the one who knows your body and mind best.

Exercise Instead of Medication

APA Reference
Schoen, G. (2016). Exercise Instead of Medication. Psych Central. Retrieved on March 31, 2020, from https://blogs.psychcentral.com/gentle-self/2012/10/exercise-instead-of-medication/
Last updated: 21 Aug 2016
Statement of review: Psych Central does not review the content that appears in our blog network (blogs.psychcentral.com) prior to publication. All opinions expressed herein are exclusively those of the author alone, and do not reflect the views of the editorial staff or management of Psych Central. Published on PsychCentral.com. All rights reserved.