How To Deal With Shyness And Social Anxiety 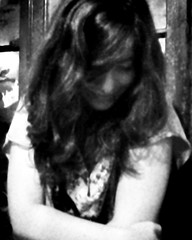 Lots of people are shy. I am, kind of. It doesn’t come out as much, now that I don’t go to loud parties and crowded bars anymore. I prefer lunch dates and small dinner parties, and my social needs are fully met by being in quieter and smaller settings.

A big part of why people suffer so much around others is because they feel they should abide by certain social standards. Sometimes they’re not even aware that they don’t like particular forms of gathering.

Some college students (or former college students) prefer to binge drink rather than admit to themselves that they feel awkward around people they don’t know very well. The alcohol kills all anxiety and serves as a social lubricant in order to feel more comfortable.

Sometimes it’s possible to stick to a limit of one or two drinks that hold them over all night. A moderate amount of alcohol can work well to calm the anxiety without being excessive. Unfortunately, many people can’t stop once there’s a mild buzz, especially when everybody else is knocking down glass after glass.

The difficulty in trying to hold a conversation when in the grip of social anxiety, is the flightyness we communicate to others. We feel insecure about whether we have anything interesting to say, and this belief is openly displayed on our face, for everyone to spot.

Our gaze goes somewhere towards the other end of the room, our voice falters, maybe our whole body is turned inwards or away. We start thinking about our own awkwardness rather than what we’re trying to say, and come across as flighty and unfocussed.

This is often what makes the person we’re trying to talk to lose interest, or wonder what’s going on. If we ourselves don’t believe that what we have to say is worthwhile, then others will do just the same.

The key to dealing with this anxiety is presence and awareness. As soon as we begin to focus intently on what we’re trying to communicate and how it’s going to be received, there’s a whole different emphasis on the connection between the two people involved in the conversation.

When we’re mainly in our heads, filled with anxiety and doubt, we don’t really pay attention to the other person. And we all know what that means: when people feel ignored they turn away and look for acknowledgement elsewhere.

We often forget that others need attention, because we’re so in need of it ourselves. As soon as we can step out of the cocoon of neediness and feeling that we lack something, a genuine connection can be established.

Most of the time, it’s not about how the other person behaves. It’s about what we believe and what we do that draws people in.

We have a lot more control over interpersonal situations than we think.

How To Deal With Shyness And Social Anxiety

APA Reference
Schoen, G. (2012). How To Deal With Shyness And Social Anxiety. Psych Central. Retrieved on March 31, 2020, from https://blogs.psychcentral.com/gentle-self/2012/09/how-to-deal-with-shyness-and-social-anxiety/
Last updated: 20 Sep 2012
Statement of review: Psych Central does not review the content that appears in our blog network (blogs.psychcentral.com) prior to publication. All opinions expressed herein are exclusively those of the author alone, and do not reflect the views of the editorial staff or management of Psych Central. Published on PsychCentral.com. All rights reserved.