Find help or get online counseling now
advertisement
Home » Eating Disorders » Blogs » Family Mental Health » Teens and Binge Drinking – Is It Something In Your Genes?

Teens and Binge Drinking – Is It Something In Your Genes? 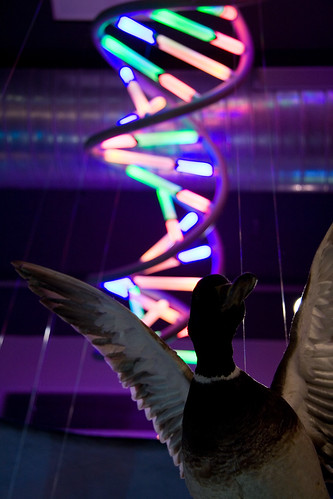 I was reminded today of teen drinking. In my community, an annual banquet is being held this week to support a local foundation. This foundation was created several years ago by family members of a teen boy who died from an alcohol-related car accident.

It made me think more about exactly why some kids turn out to be really heavy drinkers and others don’t as much, even with some of the same stimuli and opportunities. What is the nature vs nurture argument here?

A recent article on the Science Daily website reports that there is a genetic component at work with teen binge drinking. A form of the RASGRF2 gene is what makes the difference. One variation of the gene doesn’t reward the brain as much when alcohol gets into the blood stream. Another variation rewards the brain quite a bit more, so much that a person can be at greater risk for binge drinking as a teenager.

Apparently, if you have the binge drinking gene, your body is wired to seek alcohol. It wants more alcohol and triggers the release of dopamine ahead of time to prime the pump.

Dopamine is a neurotransmitter involved in feeling pleasure, so getting the urge to drink is about anticipating the pleasure before it even happens. Who could resist such temptation? Teens with this gene variation seem to have a lot of trouble saying “no”.

So, wow. The study cited in this article is from 2012 and I’m sure other studies will attempt to follow up and duplicate or refute the results. But still, that’s quite an interesting take on teen binge drinking. Taking some sort of blood test or tissue sample isn’t going to be practical for everyone, but it could be an option for families with known alcohol problems.

I’m interested to see how much traction the genetic idea gets as time passes. I know many people steadfastly believe it is just a simple choice to resist drinking alcohol. However, this article gives me something new to think about.

What do you think? Do the results of this study make sense to you, or do you question it as a fluke? Do you think this kind of genetic information could be made into a practical prevention or treatment option?

Teens and Binge Drinking – Is It Something In Your Genes?

APA Reference
Krull, E. (2013). Teens and Binge Drinking – Is It Something In Your Genes?. Psych Central. Retrieved on January 20, 2020, from https://blogs.psychcentral.com/family/2013/01/teens-and-binge-drinking-is-it-something-in-your-genes/
Last updated: 30 Jan 2013
Statement of review: Psych Central does not review the content that appears in our blog network (blogs.psychcentral.com) prior to publication. All opinions expressed herein are exclusively those of the author alone, and do not reflect the views of the editorial staff or management of Psych Central. Published on PsychCentral.com. All rights reserved.