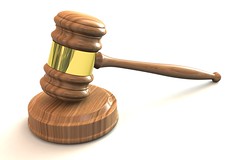 Just about every day you hear how we need to ” do something” about gun violence, especially how it relates to the Newtown, Connecticut tragedy. Ideas have included armed guards at school, tighter gun control laws, some involvement with mental illness (more screenings, possibly a registry, etc.), restrictions on ammunition, and more. President Obama just made a public announcement yesterday about his plans regarding this issue.

As you might guess, I have great concern about the mental illness portion of this broad plan. And I’m not necessarily talking about Obama’s specific ideas per se. Ever since the Newtown shootings, the term “mental illness” has been thrown around a lot. The media already has an iffy history when it comes to accurately portraying true mental illness issues. When it’s broadly generalized and used with a emotionally powerful situation, there is great potential for increased stigma.

I am all for more open discussion about mental illness – who gets it, what it is, all the different ways it can look, how it can be treated, how people can live with it, etc. It’s real and it’s in people’s lives. But we can’t just start tangling guns, legislation, and mental illness together in such an all-inclusive manner.

A foundational part of mental illness seems to be a fear of being “found out” or persecuted for having a mental problem. It can be very difficult for a person with any form of mental illness to see it as something separate from their personality, their very being. It is so very personal and it is easy to feel like you are broken and a failure.

Also, a person with mental illness already feels like a sore thumb in society, even if they’ve never told a soul and have done things to cover up their problems. When people start talking about registries, “that crazy guy that shot all those kids,” and anything else that might seem like intrusion, stigma can absolutely block someone from getting help. Even if that person does not own a gun. Even if that
person has never had an inkling to hurt someone. Even if they have a terrific reputation in their community. It’s the internal perception that matters.

I understand that it has started a discussion, but people seem to be making a much stronger association with violence and mental illness than is factual. We simply cannot track each person with true intent to harm with much accuracy. That is the truth.

When a person has a history of violence, it obviously easier to predict the risk. But simply linking mental illness and guns does not give us a fast track to preventing these problems. Sure, casting a wide net can certainly help catch a few fish. But what about all those other people who really need help and fear what other people have started to think about mental illness?

I am not saying that nothing should be done. I understand there are already laws in states about limiting gun ownership when certain psychiatric conditions exist.  I am saying that we all need to use the words “mental illness” with great care and consideration. People who do violent things on purpose are not necessarily mentally ill. Many people who are mentally ill do not do violent things on purpose. It’s up to you and I to make sure these distinctions are used responsibly in this discussion.

Please add your comments and questions below. This discussion won’t end anytime soon and I’d like to hear what you have to say. Don’t be afraid of disagreeing with me, that’s what discussion is for. I’ve only begun to think about all the ramifications and possible solutions to this problem myself.

APA Reference
Krull, E. (2013). Mental Illness, Tragedy, and a Big Slippery Slope. Psych Central. Retrieved on January 20, 2020, from https://blogs.psychcentral.com/family/2013/01/mental-illness-tragedy-and-a-big-slippery-slope/
Last updated: 17 Jan 2013
Statement of review: Psych Central does not review the content that appears in our blog network (blogs.psychcentral.com) prior to publication. All opinions expressed herein are exclusively those of the author alone, and do not reflect the views of the editorial staff or management of Psych Central. Published on PsychCentral.com. All rights reserved.