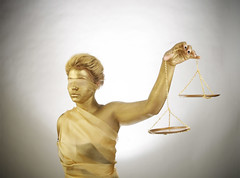 Sexual abuse is one of those things that cuts so deeply it can be hard to see the bottom of the pain. Survivors can often pick up the pieces and live meaningful lives, but what about everything they have lost along the way? Their innocence, trust in others, ability to keep healthy boundaries, relationships, and many more good things about life may seem ever elusive.

Jerry Sandusky was recently sentenced to effectively serve the rest of his life in prison. At his sentencing, he boldly maintained his innocence when he had his moment to speak. It’s at once shocking and predictable. How could someone continue to distort events that were clearly reported as being horribly wrong? Then again, how else might you expect someone with such a history going to respond?

Justice is defined as being guided by truth, reason and fairness, done according to principle, done properly, and a sentence or punishment that is deserved. All of these things may be true about Jerry Sandusky’s sentencing, but many of us also believe that justice does something for the victims of crime. Certainly, society doesn’t have him out wandering around hurting the survivors or anyone else. But does it make up for it? No, certainly not.

There’s only so much justice can do for a really unjust situation. What could have been done to Hitler to make up for the horrible things he authorized during World War II? Could you really do enough to a mass murderer to give a sentence that measures up against a large loss of life? You could kill the bad guy over and over and it would never be enough. That’s not how justice works.

People who experience trauma and loss like sexual abuse need to find other ways to fill the holes in their lives. It’s very normal to want justice, and some even get some a little. But many don’t, and they still have to go on. The father who brutally abuses his children and dies in a car accident isn’t ever going to be given true justice in a legal or moral sense, but his children can still find some peace in their future.

Hopefully, the survivors of Jerry Sandusky’s abuse can take this bit of justice for what it is and then continue to take steps forward every day. Even long after Jerry has died, many of these young people will live on. I pray that they find ways to live with the pain and create a life of peace anyway.

APA Reference
Krull, E. (2012). Sexual Abuse – Is Justice Ever Served, Really?. Psych Central. Retrieved on August 15, 2020, from https://blogs.psychcentral.com/family/2012/10/sexual-abuse-is-justice-ever-served-really/
Last updated: 12 Oct 2012
Statement of review: Psych Central does not review the content that appears in our blog network (blogs.psychcentral.com) prior to publication. All opinions expressed herein are exclusively those of the author alone, and do not reflect the views of the editorial staff or management of Psych Central. Published on PsychCentral.com. All rights reserved.