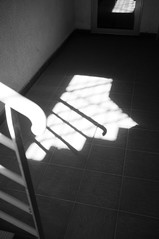 It’s been splashed in the headlines with the Penn State situation. It’s going on privately in countless places around the country and the world.

What’s happening in between the public media and the deadly silence? Are we talking about sexual abuse? Are we really shedding enough light on it?

Shameful darkness is the fuel for ongoing sexual abuse. Violation, embarrassment, lack of human value, emptiness – these words barely begin to describe the reality for a sexual abuse survivor. The person willing to sexually abuse another needs that power to feel like they are worth something. They need to strip someone else’s dignity and value in order to fill an emptiness in their own life.

It’s absolutely senseless but it still happens. In every state of the US. Every day. Every night. Somewhere.

A few weeks ago I attended a counseling conference with a breakout session on sexual trauma. This one woman’s story has stuck with me in the shadows of my mind since then. She talked about harrowing assaults that happened over and over on a daily basis. It was horrifying and riveting at the same time. How did she continue to survive and have any personality or identity left?

This woman is Olga Trujillo, a sexual trauma survivor since her early childhood and an advocate for survivors everywhere. We watched video clips of specific parts of her story detailing the progression of her abuse as she grew up.

Her story sounded almost impossibly horrible, but I knew every word she said was the truth. These traumas happened to her mostly in the 1960’s and 70’s, with many decades of therapy and personal recovery to follow. In all that time, she’d come to a place where she was able to reach out to others and shed a beam of light into the darkness.

Most people who go through traumatic situations or difficult mental illnesses prefer to keep their experience fairly private. This kind of decision is completely respectable and understandable. However, a person like Olga who speaks out can have a nearly immeasurable impact; shining light on something like sexual abuse – on their own experiences, no less – helping others know they can survive it too. They have someone to relate to, someone to speak the things they can hardly bear to think, someone who can help everyone else understand what it’s like to be affected by sexual trauma.

For any of you readers who’d like to know more about Olga Trujillo, follow this link to her site. You might find the “Journal” and “Events” links to be particularly interesting. She also has the DVD set that I watched clips from and her memoir available in the shop.

As long as people keep talking, we’ll keep shining light on the shadows of sexual trauma.

APA Reference
Krull, E. (2012). Sexual Abuse – Shining Light Into The Shadows. Psych Central. Retrieved on August 4, 2020, from https://blogs.psychcentral.com/family/2012/04/sexual-abuse-shining-light-into-the-shadows/
Last updated: 4 Apr 2012
Statement of review: Psych Central does not review the content that appears in our blog network (blogs.psychcentral.com) prior to publication. All opinions expressed herein are exclusively those of the author alone, and do not reflect the views of the editorial staff or management of Psych Central. Published on PsychCentral.com. All rights reserved.