Penn State Sexual Abuse Scandal – Where Do You Start? 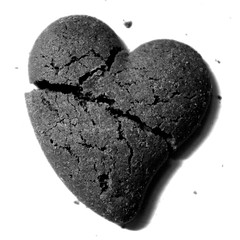 I’ve been having trouble figuring out what to say about this whole Penn State sexual abuse scandal, so I just haven’t written anything at all until now.  I suppose the weight of it all has been so huge – where do you start?  How do you possibly summarize something so massive, so shocking, something that hits us all at the core of our humanity?  And it just keeps unfolding and getting more horrible.

Well, I decided this post doesn’t have to do all that.  I actually have a lot to say, and it’s just all been hanging in suspension since the beginning of it all.  You may hear trickles of this for a while, and no doubt, this will be in the news for some time to come.

It’s also a little close to home because the other football team on the field last Saturday was my alma mater.  I’m glad the teams and coaches were at midfield for a few moments with Coach Brown.  Just having the reflection, the time, and the focus on something so somber and “real life” – it was a much needed pause in such a crazy week.

Aside from that, a lot of what’s wrong with this situation is what makes all forms of abuse so devastating.  Shame, control, abuse of power, injury (emotional, mental, or physical), lack of taking responsibility, twisted reality, minimization, alternate reality, lying (to oneself and others), and perhaps the worst of all – coverups.  The victims are left to fend for themselves while the perpetrators, in many cases, move on with life without taking responsibility.  And likely do it again to someone else.

All of these elements are part of abuse whether it happens at a lonely farmhouse, a suburban ranch home, the basement of a downtown building, an apartment in a crowded city, or the locker room of a major college athletic department.  It’s all the same because everyone involved is a human being.

We all have the potential to be on either the dark side or the light side of abuse.  If you aren’t shining a virtual light on a problem to the point that it stops, then you are on the dark side.  Simple as that.

The coaches at Penn State shone a small light, then turned it off before it the darkness was truly choked out and stopped.  Just a little more light held just a little longer, and the abuse could have been stopped completely.  For reasons we don’t yet know, the coaching staff remained (with their own permission) enough in the dark that more abuse occurred over several years.  Paterno’s most telling quote is that he “wished he had done more.”

That’s it for now – this is such a heavy subject, such a complicated and public story with larger-than-life figures involved.  I’ll write more about this to continue to highlight all forms of abuse – sexual, emotional, mental, physical, and even bullying.  The more we put those types of abuse in the light, the more they will truly be stopped.

I’d love to hear your thoughts and comments below and in future postings.

Penn State Sexual Abuse Scandal – Where Do You Start?
Tweet 0

APA Reference
Krull, E. (2011). Penn State Sexual Abuse Scandal – Where Do You Start?. Psych Central. Retrieved on August 8, 2020, from https://blogs.psychcentral.com/family/2011/11/penn-state-sexual-abuse-scandal-where-do-you-start/
Last updated: 15 Nov 2011
Statement of review: Psych Central does not review the content that appears in our blog network (blogs.psychcentral.com) prior to publication. All opinions expressed herein are exclusively those of the author alone, and do not reflect the views of the editorial staff or management of Psych Central. Published on PsychCentral.com. All rights reserved.

The Upside of Being Old During a Pandemic

How to Let Go of Guilt