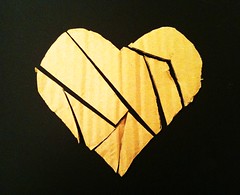 Today I read a new comment on the post “When a Depressed Spouse Refuses Help” and was inspired to write a long response.  It got long enough that I decided to make it a separate post for everyone to see more easily.  The commenter talked about how tough it was to deal with a spouse that chose their depression over their family.  Their depression had almost become like a security blanket, something they wanted to be around more than their family.

This can actually be somewhat of a controversial topic.  I’ve read comments from both depressed people and from spouses.  People with depression want to have acceptance and for their spouses to be patient.  Spouses want their loved ones to take some action and accept their help so they can be a functioning family again.  And when it doesn’t come together, families can split apart.

Right now, I’ll speak to the perspective of the frustrated spouse.  They most likely knew their depression husband or wife in a time when they weren’t consumed with depression.  All they want is for that spark to come back, for their marriage to be an important two-way street again.  When one spouse completely shuts down or turns away from them for long periods of time, patience can be difficult to maintain.

For many spouses, they’ll do whatever it takes to get their spouse back on track.  However, there’s one harsh piece of reality sitting between them and their goal.  No amount of pushing will penetrate through the depression unless that individual lets a few cracks open.  Once the opening is there, the opportunities grow for making more change.  But if the person refuses, it can be very difficult and disheartening.

One of the worst parts about depression is that it affects a person’s ability to make good decisions.  Why would a person voluntarily give up family members who love and care about them, people trying everything they can think of to get that person back into their own life?  It doesn’t make sense except through the filter of depression.

I’m reminded of Victor Frankl, a well-known European psychology theorist from the World War II era.  He was Jewish and was taken to concentration camps as an adult.  The way he coped was to fully claim his mind as his own.  The Nazis could do anything they wanted to his body, but they would never have his mind.  That was the one domain they couldn’t touch if he never gave them permission.

Well, unfortunately, if someone is really locked in to a way of thinking or seeing the world (depressed or not), they may hang on to this mindset with similar determination, even if it makes no sense to anyone else.

I don’t have a standard answer for dealing with this situation.  Some people are willing to stay with their spouse no matter what.  Others can’t live like that and decide they must leave for their own well being.  And when kids are involved, these decisions have an even stronger impact.

I wish I could take out depression with a missile and obliterate it forever.  It steals people’s hope, it robs families, and it can kill.  But until then, the best we can do is learn how to cope and learn how to live with tough decisions.

My best to those dealing with depression in their lives today, whether they are afflicted themselves or they are spouses.

APA Reference
Krull, E. (2011). Spouse Of A Depressed Person – Facing Tough Reality. Psych Central. Retrieved on January 20, 2020, from https://blogs.psychcentral.com/family/2011/08/spouse-of-a-depressed-person-facing-tough-reality/
Last updated: 25 Aug 2011
Statement of review: Psych Central does not review the content that appears in our blog network (blogs.psychcentral.com) prior to publication. All opinions expressed herein are exclusively those of the author alone, and do not reflect the views of the editorial staff or management of Psych Central. Published on PsychCentral.com. All rights reserved.