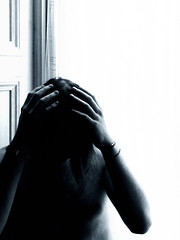 As a resident in aptly named “Tornado Alley,” I’ve been through a few tornadoes and plenty of severe thunderstorms (even a few blizzards and harrowing ice storms).  But the tornadic destruction in the South just takes my breath away.  The death and destruction is hard to take in, even when I’m a thousand miles away.

Tornadoes Pack Terror and Surprise In One Package

People experience severe weather all year round, and each kind can be dangerous and frightening in its own way.  As a person with some experience, I’ll say that tornadoes have terror and surprise wrapped up all in one package.  You can’t get much notice that the destruction is on it’s way.  And when you do, you can’t stop it from rolling through.

Even when you do take shelter, you still may not do enough to avoid personal harm.  You won’t won’t know until the threat has passed.  If you find adequate shelter, you can’t even see when or if it’s coming right at you.  The dreadful anticipation and the attempt to interpret frightening loud noises can really shake you (even if you are left unscathed).  It’s fast, furious, and personally terrifying.

After such an event, nearly anything can trigger memories of the event.  Dealing with cleanup, seeing damage around your area, watching the news, hearing anything that even slightly resembles the sound of a siren (sounds from our ceiling fans haunted me for more than a week after our tornado), going without power or your usual routine.  And if you have experienced a lot of property damage, injury, or death in your family, the stress and emotional toll only climbs.

I knew people who had symptoms of anxiety and even depression following a particularly bad tornado.  Even if you are left untouched or the community recovers quickly, there’s a certain sense of dreadful anticipation that it could strike again soon.

It’s hard to believe things can get better.  For some places like Tuscaloosa, it will take some time to patch things back together.  It will take time to recover the dead and reunite family members.  It will take time to feel safe again.  It will take time for some who lost everything to really have a place to hang their hat.  In the meantime, emotions stress can take a real toll.  The sense of loss is real for the entire community, even for the many people who had no personal injury or property loss.

However, it’s also a time for a community to get back to its collective roots.  It’s an opportunity for people to really show commitment to their own survival, to their neighbors, and to their way of life.  Regardless of football rivalries, tax codes, celebrity gossip, or horrible weather disasters, people come together when they really need to.

Helpful Suggestions For Surviving Weather Disaster Aftermath In Next Post

In this post, I’m really just reaching out and saying “I understand.”  Hang in there and do what you can.  Tomorrow’s post will give some guidelines and suggestions for getting through the roughest parts of severe weather aftermath.

APA Reference
Krull, E. (2011). Severe Weather Is Afoot – Take Care Of Your Family’s Mental Health. Psych Central. Retrieved on January 24, 2020, from https://blogs.psychcentral.com/family/2011/04/severe-weather-is-afoot-take-care-of-your-familys-mental-health/
Last updated: 29 Apr 2011
Statement of review: Psych Central does not review the content that appears in our blog network (blogs.psychcentral.com) prior to publication. All opinions expressed herein are exclusively those of the author alone, and do not reflect the views of the editorial staff or management of Psych Central. Published on PsychCentral.com. All rights reserved.

7 Ways a Narcissistic Attachment Is Destructive