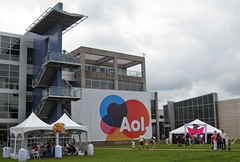 Today I received an urgent email from Katherine Stone, a blogger/advocate for postpartum depression.  She and others came across an insulting article on AOL news regarding the South Carolina mother accused of drowning her children earlier this week.

Certainly, the news of these tragic little ones being killed by their mother is sad, horrifying, and hard to comprehend.  Thoughts of Susan Smith may immediately come to mind if you were watching the news in 1994.  So writing a detailed story about this is something AOL has the right to do.

I only read through the article once before I was compelled to rip off an impassioned letter to the journalist responsible for this article.  The pressure on AOL has caused them to remove these inflammatory remarks and revise the article later today.  That’s a small victory for mental health advocacy – thanks in no small part to many astute postpartum depression advocates and bloggers who went quickly to work this morning.

But what’s next?  PTSD?  Dissociative Disorder?  Will some crime expert start painting bipolar disorder as an excuse to get away with risky behavior?  Will media types start quoting ill-informed “experts” that have something to say about chronic anxiety?  Well, let’s hope not.

If there’s one thing I’ve learned it’s that quick action can make something happen.  If you see evidence of stigma, speak up.  Now.  Do it right when you see it.  Talk to a manager, write a letter, post a comment on your blog, make a phone call.  Do something and make sure they know how their irresponsibility affects others who live with mental health disorders.  Today’s target was postpartum depression.  Tomorrow’s could be schizophrenia.

I hope that today’s flood of postpartum depression advocacy towards AOL news will really make an impact.  Not only for the people who would read their articles, but for the editorial staff as well.  If this shows them the importance of discussing mental illness responsibly, then this experience will become a positive development for mental illness awareness.

I am truly sorry for all those closely connected with the kids who were killed.  It hurts my heart that something so devastating and so permanent could really happen.  And if the mother truly had some form of postpartum mental illness, then it’s a tragedy that she didn’t get any treatment.  If not, then I hope mental illness isn’t dragged through the mud any longer for this story.

UPDATE: I had some high hopes about the promised revision to the AOL article.  It has already been changed, and all I can see is that they removed the “expert’s” comments about postpartum depression.  That’s it.  No further explanation of how postpartum depression may or may not fit the situation, no apology for the obvious insulting comments.  Just removal.  I guess it’s better than leaving them in, but I had hoped for more.

APA Reference
Krull, E. (2019). Uninformed Media Keeps Depression Stigma Alive. Psych Central. Retrieved on April 9, 2020, from https://blogs.psychcentral.com/family/2010/08/uninformed-media-keeps-depression-stigma-alive/
Last updated: 27 Mar 2019
Statement of review: Psych Central does not review the content that appears in our blog network (blogs.psychcentral.com) prior to publication. All opinions expressed herein are exclusively those of the author alone, and do not reflect the views of the editorial staff or management of Psych Central. Published on PsychCentral.com. All rights reserved.

Is She Asperger's Or On The Spectrum? 15 Clues