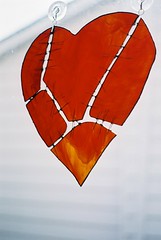 Back in January, a fifteen-year-old girl named Phoebe Prince hung herself after being bullied by several students. This tragic story got big headlines recently when nine of the bullying students were charged criminally for activities such as harassment and assault. So far, no adults at the school have been charged for anything.

Apparently, school officials and teachers knew about the harassment but didn’t do enough effectively to stop it. The students obviously did harmful things to her, but didn’t literally kill her with their bare hands. In the end, it was Phoebe’s final act that ended her life. But what about all the actions that led up to it? How does the ultimate responsibility fall out among those involved?

One particular comment has struck me.(link yahoo news) The mother of a girl involved in the bullying spoke out after her daughter was charged with wrong doing. She said that her daughter never laid a hand on Phoebe and “only called her names.”  This statement is very revealing. It was “only this,” not something really bad “like that,” a classic excuse for refusing responsibility.

Pointing fingers When Bullying Is Discovered

Rather than expressing shock and empathy towards the victims’ family, this mother seemed to put responsibility on Phoebe for conflict between the girls. While this is a very obvious statement from just one person, the tone of ignorance and minimization may actually reflect what many people in the community feel. Bullying isn’t that bad, bullying isn’t my business, bullying just involves physical situations, etc.

Clearly, some parents and people in the community have been very vocal about their concerns, which is great. Maybe their public scrutiny about the entire process can bring this whole thing into the light. Expose the excuses for what they are, force people to be uncomfortable about this, make people take another look at how they raise their kids.

I’m not entirely sure how much responsibility lies with the school — it seems like there are more details to sort out. They could certainly be a community leader for change by adopting and promoting a “we can do better” type of attitude, even if they aren’t charged with any criminal wrongdoing. I do believe the parents of these kids need to take part in some sort of bullying education program along with their kids. Perhaps Phoebe’s parent could play some part in the bigger process as well.

Related: From our mental health library, Cyberbullying and Teen Suicide.

APA Reference
Krull, E. (2010). Phoebe Prince – Bullied To Death. Psych Central. Retrieved on August 5, 2020, from https://blogs.psychcentral.com/family/2010/04/phoebe-prince-bullied-to-death/
Last updated: 6 Apr 2010
Statement of review: Psych Central does not review the content that appears in our blog network (blogs.psychcentral.com) prior to publication. All opinions expressed herein are exclusively those of the author alone, and do not reflect the views of the editorial staff or management of Psych Central. Published on PsychCentral.com. All rights reserved.