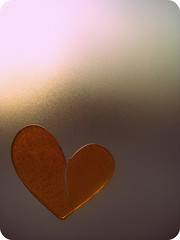 I’m compelled to write on a new and bothersome branch to the story about Marie Osmond’s son’s tragic suicide.  This painful problem was completely preventable, and yet it wasn’t prevented.  Just this morning I read something about Roseanne Barr making some strong statements about Marie’s son killing himself.  My first thought was, “Oh no, hasn’t there been enough for the family to deal with?”

I found Roseanne’s blog and saw some of the content about the suicide.  Apparently, she has already publicly apologized for hurting Marie Osmond.  I admit, I didn’t thoroughly read each and every post that seemed related to the issue, but it didn’t take long for me to get the gist of what her opinion was.  I can’t bring myself to put a link to her blog, but if you Google it, you’ll probably find it in a matter of moments.

Anyway, it appears that Roseanne was pointing her finger directly at the media and religion for Marie’s son’s suicide.  She presumes some things and seems to go on a rant about these issues.  I understand that it is Roseanne’s constitutional right to share her opinion, no matter how popular it is.  But this whole discourse has made me wonder how this speaks to the reality that Marie’s son, Michael, was clearly suffering from some various mental health problems.

Let me be clear that this post is not about any particular political or social issue, any religion, or anyone’s constitutional rights.  It is about how people’s actions and comments color society’s perception of mental health, for good or for bad.

From what I have read, Michael was in some kind of rehab and reportedly battled depression.  It’s also well-known that Marie has endured various bouts of depression through her life.  Regardless of what external factors may or may not lead someone to take their life, depression is absolutely ground zero!

As I read Roseanne’s comments and saw how one-sided they were against these social problems, it made me more and more upset.  As I said, I respect Roseanne’s right to speak her mind.  But just because you CAN do something in whatever manner you want doesn’t mean it’s the responsible thing to do.

Could she have perhaps made her point to question these other influences while still showing compassion for the mental health issues?  Probably.  Could she have just said nothing for a while and let it blow over so she could say something in a way that didn’t seem hurtful to Marie?  Probably.  She did write an apology of sorts after this all came out.  But honestly, why not take the more compassionate approach from the beginning?

Her fame unfortunately allowed for her fairly narrow and controversial opinion to catch fire around the internet rather quickly.  It’s not that she dismissed the role of depression or mental health, she seems to have left it out of the picture entirely.  How does this color people’s impression of individuals suffering from depression?  Does this politicize depression somewhat or make it a social justice issue?

Don’t forget that many many people struggle with depression and never take their life.  Also, some people who aren’t in famous families and don’t seem to be embroiled in controversy or religion also take their life.  Everyone handles depression, stress, and controversy a little differently.  The choice to act or not ultimately ends up in the suicidal person’s hands.  And nobody, not even the families of the person who killed himself, can ever really truly know all the factors that added up to suicide.  The one person who could explain it best is gone.  And they may not be able to explain it all that well themselves if given the chance.

Make Responsible Comments About Suicide To Help The Conversation

So my point here is to use Roseanne’s inflammatory remarks as an example about making assumptions.  Be cautious how you judge people who take their lives.  No one will know all the facts, and if you should imply that you know more than anyone else about it, your comments could be disrespectful and hurtful to those involved.  Depression is complicated, especially where there is family history. More needs to be discussed about helping people cope with depression so that they can cope with the ups and downs of their lives.  Ranting and pointing fingers does little to help this discussion.

Again, my heart goes out to the whole Osmond family.  I’m interested in your thoughts about the controversial nature of Roseanne’s comments and how you think they affect the discussion on suicide.

APA Reference
Krull, E. (2010). Roseanne Barr and Marie Osmond's Son's Suicide. Psych Central. Retrieved on January 20, 2020, from https://blogs.psychcentral.com/family/2010/03/roseanne-barr-and-marie-osmonds-sons-suicide/
Last updated: 9 Mar 2010
Statement of review: Psych Central does not review the content that appears in our blog network (blogs.psychcentral.com) prior to publication. All opinions expressed herein are exclusively those of the author alone, and do not reflect the views of the editorial staff or management of Psych Central. Published on PsychCentral.com. All rights reserved.