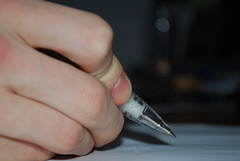 Health care reform is a white hot issue right now. Opinions vary widely on how successful, helpful, or even frustrating this whole plan will be for Americans. However, I want to draw your attention to a few small parts of the reform bill that are good for mental health. With all the controversy and political rhetoric, you may have missed these important pieces.

The Patient Protection and Affordable Care Act (HR 3590) is something NAMI has been supporting since the Senate passed similar legislation on Christmas Eve. Insurance parity is an important goal for those concerned with mental illness treatment. Insurance companies have long minimized coverage and options for treatment.

This bill will help make proper insurance coverage more available and more useful to those needing treatment. It will also improve and support research for serious mental illnesses. Finally, it provides expanded support for people with long-term problems as a result of their mental illness. The overall effect of this law will continue to improve the outlook for people facing the realities of mental illness.

The Melanie Blocker Stokes MOTHERS Act is on stage to be made law today. This act has been in the works for years, facing numerous setbacks and surges of momentum along the way. This act has also drawn its share of scrutiny prior to being included in the wide sweeping health care reform legislation.

Critics have claimed concerns about women and babies being forced to take medication, mandated screening, and other invasive procedures. Take a look at the language of the bill yourself. In my personal review (and those of others), that type of forceful language appears nowhere in the bill.

What this act will do is increase focus on research, create awareness, make support and resources more available to families, and examine the value of screening as a prevention tool. The overall goal is to reduce the rate of undiagnosed and untreated postpartum depression. As a mental health professional, I know how challenging it is to reach people with undiagnosed depression. And as a woman who unknowingly suffered with postpartum depression for years, I’m glad to see such progress against the monster of mental illness.

Later today, the headlines about health reform may be colored with a lot of political passion. The bill has become so large it has been somewhat tough to know everything that’s going along with it. Regardless of your political affiliations, don’t forget about these advances for mental health. Many advocates have come forward and made sure mental health gets its fair share of attention and importance. Everyone with mental illness in their life has just pushed the big monster a little further into the daylight.

APA Reference
Krull, E. (2010). Health Care Reform And Mental Health. Psych Central. Retrieved on August 14, 2020, from https://blogs.psychcentral.com/family/2010/03/health-care-reform-and-mental-health/
Last updated: 23 Mar 2010
Statement of review: Psych Central does not review the content that appears in our blog network (blogs.psychcentral.com) prior to publication. All opinions expressed herein are exclusively those of the author alone, and do not reflect the views of the editorial staff or management of Psych Central. Published on PsychCentral.com. All rights reserved.