Heidi Montag As A Role Model 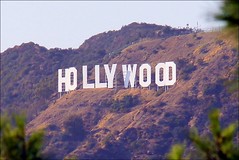 I realize I’m kind of going around some territory that been stomped on a lot.  But this Heidi Montag surgery thing just has me prickling.  Remember my post earlier about bad role models?  Well, you don’t have to just be robbing stores or looking ridiculous at an awards show to qualify.  I read fellow PsychCentral blogger Alicia Sparks’ post about Heidi and felt that I need to share my own thoughts.

Plastic surgery absolutely has its place.  Procedures that correct problems and address health issues are welcomed by so many people who need them.  A few members of my family have been through some procedures for those very reasons – well advised and positive for their life.  From what Heidi said, it sounds like at least part of her nose procedure was to reset it because it broke and healed incorrectly.  If that’s all she did, I could probably defend her from anyone calling foul about her surgery.

That being said, I’m saddened and disappointed with Heidi’s choices for several reasons.  First, she did the classic “people will do what they will” shrug-off when asked about other young women and girls following her example.  Remember my comment about famous athletes who say they never intend to be role models?  Yeah, this is that same old song and dance.  It seems an easy excuse to get past whatever uncomfortable piece of truth is rattling around in her mind.

Second, I do wish she would have listened to her husband.  I don’t think much of Spencer Pratt either, but he seems to have had relevant concern in this situation.  He suggested that she see a therapist first before having so much surgery.  She originally indicated that she was still holding on to many insecurities from her younger years.  Coming from a mother’s perspective, I wonder how that was handled those years ago.  Did she see a therapist?  Did she learn some things to help her get through those tough times?  How much influence did Heidi’s parents have (or not) in her decision to choose plastic surgery as a “fix” for those insecurities?

As a therapist and a parent, I cringe anytime I see or hear about anything that purports to “fix” something that is purely a human experience.  You can’t fix families, you can’t fix marriages, and you can’t fix insecurities.  That’s often how drug addictions and alcoholism also get started.  It’s the illusion of a quick fix for emotional problems, but it comes with years of baggage and future problems. Fixing a previously broken nose that healed wrong seems like a good idea.  But I bet you a big chocolate chip cookie that those insecurities pop up their ugly faces sometime in the future.  She may be “happy” about her surgery now, but just feeling happy is a temporary thing.  Being content with yourself is a whole different ballgame.

Everyone takes criticism at some point in their life for their body, their ideas, their interests, or whatever.  I would be very sad if my girls grew up thinking that they needed to fix their uncomfortable human experiences.  My depression was awful and uninvited, but it has shaped my career and my life as a woman in valuable ways.  And that only happened because I forced myself to make something of it rather than try to run away from it and cover it up.  As you may have read a few weeks ago, it still gets me some days.  I still feel like an insecure teenager with enemies coming from all sides when that happens.  But I have developed resiliency in exchange for those painful experiences.  I have no idea what Heidi will end up with after these procedures eventually don’t give her what she has hoped.

What’s your take on this?  Do you think she is a bad influence for young girls or not so much? Do you think she feeds into the “quick fix” mentality that seems to affect families everywhere?

Heidi Montag As A Role Model

APA Reference
Krull, E. (2010). Heidi Montag As A Role Model. Psych Central. Retrieved on July 13, 2020, from https://blogs.psychcentral.com/family/2010/02/heidi-montag-as-a-role-model/
Last updated: 10 Feb 2010
Statement of review: Psych Central does not review the content that appears in our blog network (blogs.psychcentral.com) prior to publication. All opinions expressed herein are exclusively those of the author alone, and do not reflect the views of the editorial staff or management of Psych Central. Published on PsychCentral.com. All rights reserved.