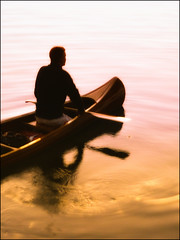 In January people evaluate their progress toward goals they made for the past year. Emotionally sensitive people evaluate themselves and wish they were different than they are regardless of what the calendar says. Change can be positive, but sometimes it's learning acceptance that's really needed--acceptance of who you are instead of judging yourself as unworthy and living in fear of being rejected.
Some societies don't understand the concept of judging oneself as unworthy. Our culture tends to be competitive, based on the idea that we have to be "good enough" to succeed, to belong to certain groups, to not be rejected. Many, many years ago being part of a group was necessary for survival. Belonging is still a basic need for everyone.
Mother Teresa once said that the greatest disease of our time was the feeling of not belonging. In a misguided effort to gain acceptance from others, some emotionally sensitive individuals repeatedly criticize and berate themselves. But criticism isn't a good motivator for change and often leads to the person feeling alienated from him or herself in addition to feeling "less than" others.  That adds more suffering. 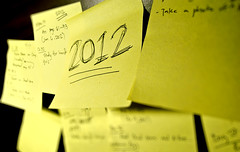 Happy New Year!  Are you making New Year's resolutions?  Are you already blaming yourself for not being able to keep them? Wait, before you do that, let's look at how hard it is to make changes. Emotionally sensitive people in particular seem to underestimate how difficult change is, believe accomplishing tasks is easy for others,  and then feel badly about themselves when they don't meet the goals they set for themselves.

Most of us underestimate how much effort change takes. For example, many of you have a certain way that you hang your toilet paper. Some people believe the right way is to hang it so the paper rolls under and others are adamant that the paper should roll under.  If I asked you to change the way your toilet paper hangs, would you?  Most people would not. Yet we wake up on January 1 with no preparation and resolve to change our eating habits. We are disappointed that by dinner we've eaten twice the calories we allowed ourselves. The real surprise is that we continue to underestimate how difficult change is.

Welcome to The Emotionally Sensitive Person

There's a very powerful form of psychotherapy called "dialectical behavior therapy" (DBT) that's been around now for a couple of decades. While many people have heard about it, not everyone understands how its principles can be applied to a lot more than the specific...
Continue Reading