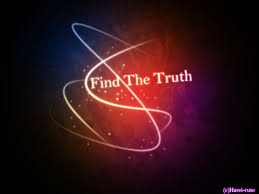 May is Borderline Personality Awareness Month. To fight the stigma that is so difficult for individuals with mental illness and particularly for individuals with borderline personality disorder (BPD), I encourage you to learn more about the disorder. Stigma can be devastating to individuals who are already struggling with intensely painful emotions and a fear of not belonging or fitting in. Stigma also can stop individuals from getting the help that is available or in continuing in treatment.

The symptoms of BPD are discussed in this video.

Myths about BPD abound. Part of fighting the stigma is to know the facts.

Myth: Individuals with BPD Are Dangerous.

Myth: Only Women have BPD

For many years borderline personality disorder was believed to be more prevalent in women than men, with about a 3 to 1 ratio. The Diagnostic and Statistical Manual of Mental Disorders, a guide to diagnoses used by clinicians and created by the American Psychiatric Association, has consistently reported that the diagnosis is more prevalent in women

However, studies on the prevalence have found the disorder to be equally prevalent in both men and women (Coid et al, 2006; Lenzenweger et al, 2007; Torgersen et al 2001). In a study funded by the National Epidemiologic Survey on Alcohol and related conditions (Grant, et.al., 2008), the authors interviewed 34,653 adults. They found that the prevalence of BPD was equal among men and women.

The importance of this finding is that men who have the disorder may not be diagnosed accurately or may not seek treatment because of the belief that the disorder is primarily one found in women. The symptoms may appear in different ways for men. In any diagnostic assessment it is important to include the possibility of BPD for men as well as women.

Myth: Individuals with BPD Want to be in the Hospital and Avoid Responsibility

Many individuals with BPD live with intense pain much of the time. The pain is internal, so others don’t see the agony. Of course those individuals search for treatment that can ease the pain they feel. What they want is effective treatment so they can have relief from their intense emotional pain. Repeated hospitalizations most likely reflect their efforts to find treatment that works. They may also need a safe place when they don’t trust themselves to control urges to hurt themselves. Sometimes the individual with BPD may find the hospital a safe place to go to escape a world they don’t know how to manage. It’s not about avoiding responsibility, it’s about not having skills to deal with their intense emotions.

Myth: People with BPD who self harm do it for attention.

Myth: There is no treatment for Borderline Personality Disorder.

In the past, borderline personality disorder was considered difficult to treat and the prognosis was considered poor. That is no longer the case. Therapies have been developed that research has proven to be effective. BPD is treatable. The two specific treatments found to be effective for BPD according to the American Psychiatric Association are Dialectical Behavior Therapy and Mentalization-Based Therapy. In addition, some individuals with BPD improve over time, as they get older.

Myth: All persons diagnosed with BPD are victims of abuse.

Some individuals with BPD suffered abuse, but not all. Individuals who grow up in supportive families can be diagnosed with BPD.

Current scientific evidence indicates that BPD can be reliably and validly diagnosed in adolescents. Mental health practitioners are encouraged to formally assess BPD when working with adolescents.

NOTE: If you are looking for a way to supplement the therapy you are doing, to review the DBT skills you learned, or to learn more about how people apply the skills in their lives, you might find DBTSkillsCoaching.com helpful. Starting in August, you’ll have access to materials about a different skill each month. There will be videos about the skill, fact sheets, a webinar by Dr. Hall, and suggestions for applying the skill. You can register now to receive more information as the launch date nears, just email me at [email protected]  Hope to meet you there!

You might enjoy The Emotionally Sensitive Person podcast. Let us know if you have suggestions for topics or any feedback–would love to hear from you.

TRAINING IN DBT: In October I’ll be in Philly for Treatment Implementation Collaborative for a 5-Day Jump Start in DBT. Come join us!

Research study update: Thank you again to all who participated in the research study about emotionally sensitive people. Many of the results are available in the book The Emotionally Sensitive Person. However, the study is still not complete as the comparison group interviews have not been done.

APA Reference
Hall, K. (2015). Fight Stigma: Facts about Borderline Personality Disorder. Psych Central. Retrieved on May 31, 2020, from https://blogs.psychcentral.com/emotionally-sensitive/2015/05/fight-stigma-facts-about-borderline-personality-disorder/
Last updated: 24 May 2015
Statement of review: Psych Central does not review the content that appears in our blog network (blogs.psychcentral.com) prior to publication. All opinions expressed herein are exclusively those of the author alone, and do not reflect the views of the editorial staff or management of Psych Central. Published on PsychCentral.com. All rights reserved.