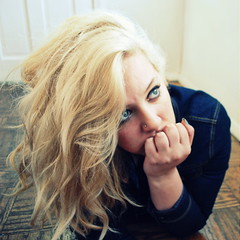 Intuitive thinking is defined as the ability to understand something instinctively, without the need for conscious reasoning. The root of the word means to guard or protect. Emotionally Sensitive people are generally believed to be more intuitive than most.

That is true in my experience, though I do not know of research that addresses this possibility.

Acting for Reasons We Can’t Explain

Part of intuition is that we are able to learn and act on rules and information without conscious awareness of that information. A study done by Bechara and Damasio (Damasio, 2005) illustrates that ability.

The participants in their study played a gambling game with four decks of cards. Over the course of the game, Decks A and B produced net losses if participants continued using them.  Continued use of Decks C and D rewarded participants with net gains.

Most participants started by trying all four decks. At first, they used Decks A and B because those decks paid out $100 per turn. But after about 30 turns most turned to Decks C and D and continued turning cards in Decks C and D until the game ended.The leader of the study stopped the game several times to ask participants their thoughts about the decks.

A physical measure of anxiety showed that the participants were reacting to the “dangerous” decks long before participants consciously realized that A and B were not the best choices. The conscious mind didn’t know yet that anything was wrong.

Eventually participants said they had a “hunch” that decks C and D were better. By the end of the game most could explain the difference in the two decks, but thirty percent could not. They just “knew.”

One way that people use their intuition is in dangerous situations. The brains works quickly to process information the person isn’t consciously aware of. The person “feels” a situation is dangerous. Picture a time that you “felt” danger, when you knew something was going to happen to you before there were any obvious signs.

In “The Gift of Fear,” Gavin De Becker points out the ways that people process information quickly, sometimes unaware at the time of what is influencing their actions. One example he gave was of a woman who suffered abuse from an intruder in her apartment. He closed the window in her bedroom and acted like he was in a hurry. He told her told her he was going to the kitchen to get something to drink and told her not to move. He promised that he wasn’t going to hurt her. In that moment she knew he was lying. He waved his gun and told her not to move.

The minute he stepped out of the room, she followed him. She remembered being terrified and stated her actions were not decided by her but by the fear. The man turned up the music on her stereo. When he moved into the kitchen she turned and walked through the living room. She could hear drawers being opened as she walked out her front door and into the apartment across the hall, which she somehow knew would be unlocked.

She somehow “knew” that if she didn’t get out he would kill her.

Afterwards, by going over what happened, the woman recognized that his shutting the window probably meant he was concerned about noise if he shot her, as did turning up the stereo. Saying he wouldn’t hurt her suggested he was thinking of just that. Going through kitchen drawers likely meant he was hunting for a knife. She realized these signs later, but at the time she wasn’t consciously aware–she acted on intuition.

Marsha Linehan, the creator of Dialectical Behavior Therapy, encourages listening to intuitive knowing or wise mind and recognizes the value of intuitive knowing in every day situations. When overwhelmed with emotions, there is a part of you that still knows the right choice, the right action. The challenge is to listen to your intuition. It is often deep inside, underneath the fears of what people will think or urges or the need to get back at someone for what they’ve done.

Wise mind is not urgent. When you’re in wise mind, the knowing is calm even in the unusual cases when action needs to be taken quickly to get out of danger.

You have probably experienced wise mind.  Often we find wise mind after we’ve acted on our emotions. At that point we are often clear about what the right choice would have been–we know.

Note to Readers:I am grateful so many of you have contributed to our survey questions. If you haven’t participated, please consider answering the questions on our new survey about being emotionally sensitive. Results will be given in a future post.

APA Reference
Hall, K. (2012). Trusting Your Intuition. Psych Central. Retrieved on September 22, 2020, from https://blogs.psychcentral.com/emotionally-sensitive/2012/06/trusting-your-intuition/
Last updated: 6 Jun 2012
Statement of review: Psych Central does not review the content that appears in our blog network (blogs.psychcentral.com) prior to publication. All opinions expressed herein are exclusively those of the author alone, and do not reflect the views of the editorial staff or management of Psych Central. Published on PsychCentral.com. All rights reserved.